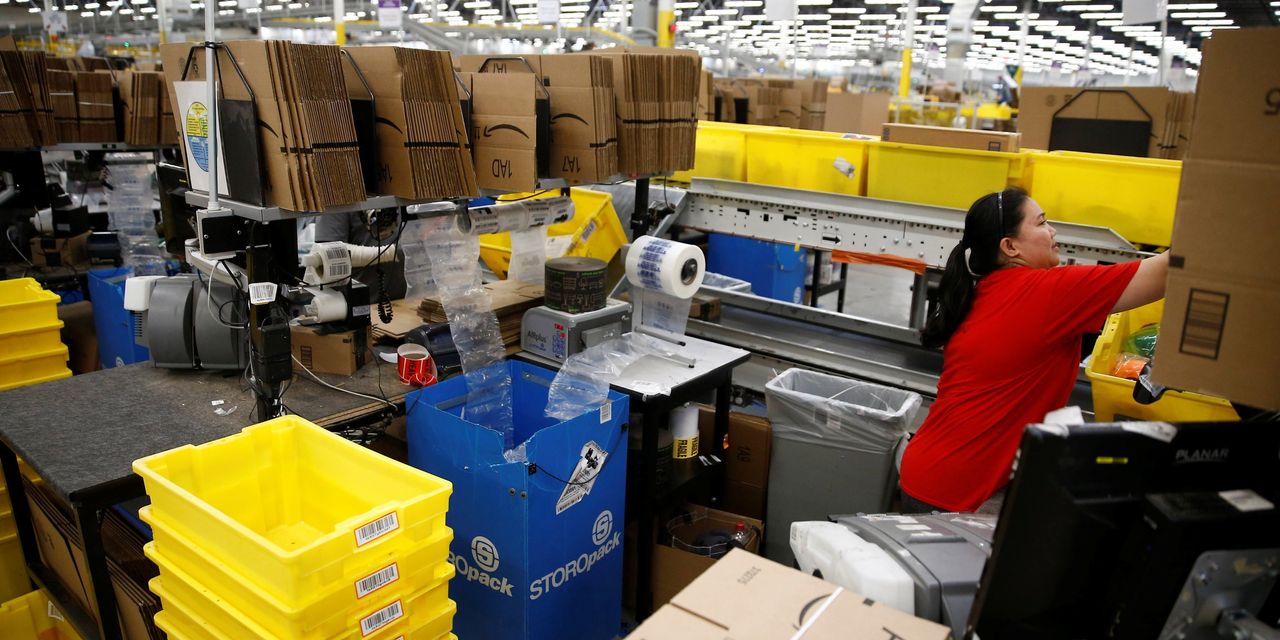 The fight is on for lower-wage workers.

Some of the biggest U.S. employers of entry-level workers are adding tens of thousands of new positions as the economy roars back from the coronavirus pandemic. Many are raising wages or adding perks to entice workers away from other jobs or off the sidelines of the labor market.

com Inc. said Thursday that it would hire 75,000 more workers and offer $1,000 signing bonuses in some locations, its latest hiring spree in a year of tremendous job growth at the e-commerce giant.

said that it wants to hire 10,000 employees at company-owned restaurants in the next three months and that it would raise pay at those locations.

Applebee’s and KFC are among other chains seeking to hire tens of thousands of workers as they reopen dining rooms and seek to bolster staffing there.

Many companies have struggled to find enough available workers, though there are signs that more are entering the labor market to take some of those open positions. The Labor Department said Thursday that jobless claims had continued a several-week slide to new pandemic lows.

Demand for workers is so high that wages are rising, too. Average hourly earnings for private-sector employees rose by 21 cents to $30.17 last month, according to a recent Labor Department report. The gain is notable because strong hiring in the lower-wage hospitality sector would typically put downward pressure on average earnings, economists said.

Amazon said its open roles are offering average pay of $17 an hour, an increase over its typical starting wage of $15 an hour. The company in April said it was raising wages for more than 500,000 hourly employees receiving pay increases of between 50 cents and $3 an hour, an investment of more than $1 billion.

“The economy is starting to open up, and there is a lot of need for new employees for a lot of different industries,” Amazon Chief Financial Officer

McDonald’s said it would raise wages for more than 36,500 hourly workers at company-owned stores in the U.S. by an average of 10% over the next several months.

The fast-food chain owns a fraction of its 13,900 U.S. restaurants, around 95% of which are operated by franchisees.

The National Owners Association, a group representing U.S. franchisees, said in an email to its members Sunday that strong sales should allow operators the choice to raise menu prices, to offset higher spending on pay and benefits.

“We need to do whatever it takes to staff our restaurants and then charge for it,” the association said.

Unions and activists have for years urged companies including Amazon and McDonald’s to boost wages. A labor-backed group called Fight for $15 said Thursday that McDonald’s should commit to that minimum wage across all of its restaurants. The median hourly wage for a U.S. fast-food worker in mid-2020 stood at $11.47, Labor Department data show.

McDonald’s said it decided to raise pay at company stores after looking at what other restaurants were paying and as more states and the federal government consider mandating minimum-wage increases.

President Biden and other Democrats want to raise the federal minimum wage to $15 an hour from the current $7.25. Legislation to do so has stalled in Congress amid opposition from Republicans and some Democrats. Pressure on lower-income wages as the economic recovery accelerates is giving many workers pay that meets or exceeds the goal without action from policy makers. McDonald’s said it expects the average wage at the restaurants it owns to reach $15 an hour by 2024.

Chipotle said Monday that it would raise wages at its 2,800 restaurants to an average of $15 an hour by the end of next month.

Amazon has said it is focused on improving conditions for its workers after an Alabama unionization vote highlighted what some employees say are difficult conditions in warehouses. Company warehouse workers in Bessemer, Ala., voted by a wide margin against forming a union, but the campaign was one of a number of episodes in which Amazon employees have complained publicly about their workplace treatment. Amazon has said it treats its workers well.

said in February that Amazon wants to improve relations with its workforce, and that it was working on solutions to reduce injuries at its warehouses.

Amazon workers have continued to advocate for changes. Workers in the Chicago area have protested recently, though the actions didn’t affect Amazon operations. The company often sees protests around its annual Prime Day, which it has moved up to June from July, when the shopping event is typically held. The event occurred in October last year after the pandemic caused delays in Amazon’s supply chain.

Write to Sebastian Herrera at Sebastian.Herrera@wsj.com and Heather Haddon at heather.haddon@wsj.com