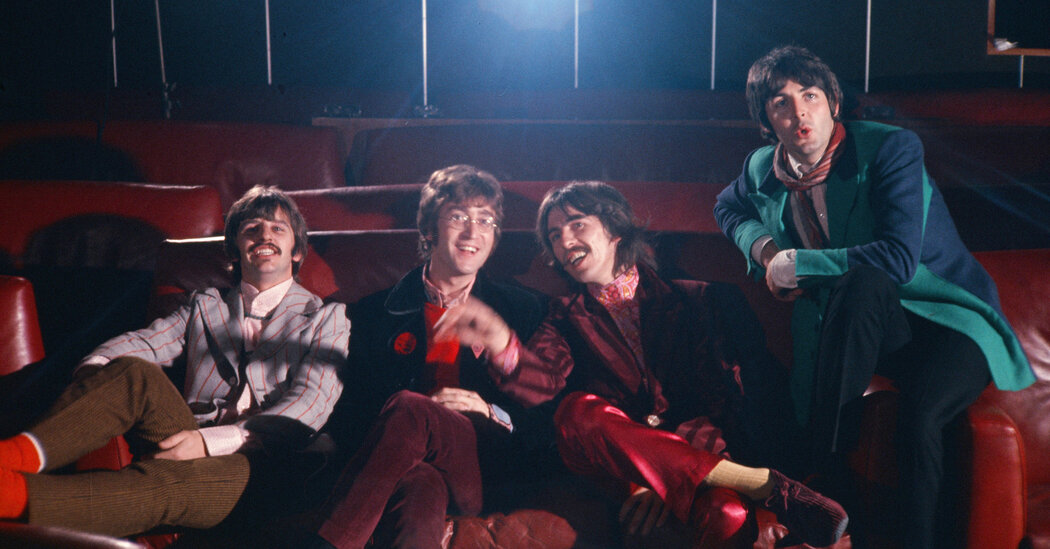 For this reader, when Brown tells one of the Beatle stories I’ve heard many times and now adds information I didn’t know — or the telling detail that was missing for 50 years — the book is an utter delight. I knew the Beatles were introduced to LSD by their dentist, but now I know exactly who that guy was and how that night unfolded (if you can trust a 55-year-old account from people who were tripping for the first time). The Dylan-turns-them-on-to-pot-for-the-first-time scene, which all Beatlephiles know, also comes to life now in a way it never had before. As does George’s visit to Haight-Ashbury in ’67, which I’d always seen rendered as disillusioning, but according to Brown was life-threatening. I knew the Beatles had their sexual awakening in seamy postwar Hamburg, but I didn’t know that John and Paul actually watched George lose his virginity. This band was tight!

According to Brown, John hit on both Jane Asher before she was with Paul, and on Pattie Boyd while she was with George. Wow. And how fascinating to find out that the famous picture of the Beatles in Miami with the not-yet-champ Muhammad Ali is kind of a lie: It’s not a photo-preserved moment of the rebellious youths of their day recognizing kindred spirits in each other. The Beatles didn’t like Ali (then Clay) at all, and had wanted to pose with the champ, Sonny Liston — and Ali didn’t like them either.

Now, do we know that all these things are true? To quote you-know-who, it doesn’t matter much to me. I doubt if there can ever be solid proof that in 1969 John suggested to Paul they undergo joint trepanning, where you have a hole drilled into your skull. Whether this was related to John’s being with Yoko at that point, the author does not say — but one would not be wrong to infer it. As many writers have been before, he’s pretty hard on Yoko, and his description of Yoko’s pursuit of her prey is riveting. I didn’t know that Yoko wooed John with daily letters the entire time he was in India, or that she camped out on his driveway, and once jumped in his car. “Yoko’s strength lay in perseverance,” he understates.

Again, who knows what’s true — and to his credit, this is something Brown acknowledges, citing how many of the famed moments in Beatle lore are remembered and recounted differently by different Beatles’ biographers and principals, not unlike the way the four Gospels do not everywhere match. The Creation Event — the day John met Paul at the fete in Woolton on July 6, 1957 — is such a moment, and Brown doesn’t try to umpire a final version, he gives you them all. Same with the ugly moment when John beat up a man who joked Lennon might be gay. Yes, not even the Beatles could be totally woke in 1963.

Also like the Bible, “150 Glimpses of the Beatles” is a kind of anthology — from an author who, if I can believe the sources list in the back, read hundreds of books written by Beatle biographers and entourage members, and plucked the moments he found the most … and that’s the question, the most what? Important? Telling? Quirky? One thing most Beatle fans would say makes us love them: On their albums, there was very little filler, all of it was good. Ahem.