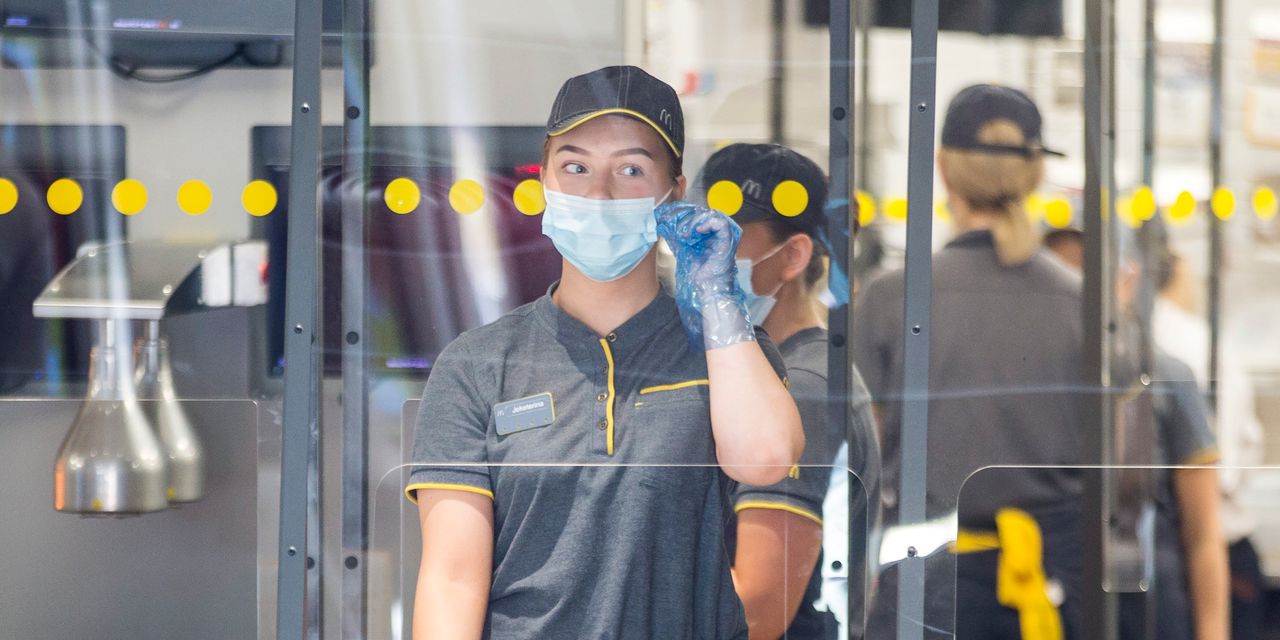 in police custody a year ago and the subsequent protests prompted pledges from U.S. business leaders: They would fight racism and work to recruit and promote Black and other minority employees.

Now, more companies are putting money behind those pledges by tying executive compensation to specific goals.

said it would give top executives more shares if the coffee chain’s managerial ranks grow more diverse over three years.

in February gave executives annual incentives to increase the share of women and racial minorities in leadership roles by 2025. In March,

said it would for the first time tie some executive pay to five-year goals for improving racial and gender diversity in its workforce and leadership positions.

“Metrics like these seem to be new, a kind of new evolution in what’s expected of executives,” said

the chairman of McDonald’s board, who was involved in the fast-food chain’s compensation changes. “It’s really a growth, a maturation of thinking about what’s really good for a company and what a company’s role is in society, how you serve your customers and at the same time serving your investors.”

While some directors and executives have for years encouraged colleagues to recruit more women and minorities, observers say the discussions have become more prevalent and explicit. Pressure from institutional investors, employees and customers has helped drive companies to establish financial incentives for improving what is often referred to as diversity, equity and inclusion.

By this spring, a third of S&P 500 companies had disclosed using a diversity measure in their compensation structures, or mentioned diversity in explaining executive pay, pay consulting firm Farient Advisors LLC found in a May analysis of compensation disclosures.

a board member at

in the past year to learn more about its approach. The consulting firm has a policy that executives can’t rise above a certain level unless they have attracted diverse talent, sponsored professionals from underrepresented groups or otherwise demonstrated efforts to improve diversity, equity and inclusion, according to a spokeswoman.

Ms. Archambeau said she has raised these ideas with the boards she serves on, which also include

adding that if managers can’t demonstrate that they can identify, hire, retain and promote diverse talent then they shouldn’t get promoted.

“What matters is that it becomes part of the corporate dashboard: it gets measured, tracked and discussed—and is part of the evaluation criteria,” she said.

This sortable table includes compensation figures as reported by S&P 500 companies for CEOs that served in those roles for the full year, along with one-year total shareholder returns. Pay data reflect the value of equity awards at the time of grant, as reported by companies in annual proxy statements or other regulatory filings. Shareholder return reflects stock-price changes and dividends during the company’s fiscal year.

Some approaches remain vague, giving board compensation committees latitude to reward general progress or lumping diversity goals in with other subjective performance measures. But more companies are also publicizing progress on specific measures of diversity, according to a Wall Street Journal analysis of public filings earlier this year.

Farient found that, among companies adopting diversity pay measures, most consider the number of minority employees at various levels of the company. Less commonly, they analyze retention, recruitment or supplier diversity.

The compensation changes are part of a broader movement as chief executives and board members increasingly focus on environmental, social and governance, or ESG, factors in measuring company and executive performance. Doing so has financial and even market benefits, as some institutional investors are taking workforce diversity into account when deciding how much to invest in companies, even outside the rapidly growing market for socially conscious investing.

“This is about investment outcomes,” said Simiso Nzima, head of corporate governance for the California Public Employees’ Retirement System, which asks boards and executives about workforce diversity. “There’s a growing body of evidence that shows that companies that have diverse teams outperform companies that are not diverse, whether they’re looking at operating performance or financial performance or innovation.”

Some boards, including hotel chain

, in recent years established new committees or renamed existing ones to focus on those matters.

a partner at law firm Sullivan & Cromwell LLP whose work includes advising boards on corporate governance. ”This idea of performance also being measured relative to ESG—culture, diversity, social variables—that’s a newer concept that’s emerging and I think we’re going to start to see more of it over time.”

At McDonald’s, 15% of annual bonuses for top executives will be shaped by human-capital measures, including improving representation of women and minorities in the company. The company’s 2025 goals include ensuring that 45% of senior directors and higher positions globally are held by women, and 35% in the U.S. are held by members of racial and ethnic minorities, up from 37% and 29% last year.

Mr. Hernandez, the restaurant chain’s chair, said that by focusing on the highest echelons of the company, the board expects that human resources will fold similar objectives, goals and values into employees’ compensation in a way that makes sense for the broader company.

What do you think is the most effective way for companies to support racial equity initiatives? Join the conversation below.

Nike has said it wants 45% of global leadership positions to be held by women by 2025, up from just over 40% last year, and 30% of U.S. directors and above to be members of racial and ethnic minorities, up from about 27%. Nike said it would provide more detail on the tie between its long-term incentives and the diversity measures in its annual proxy statement, typically issued in late July.

ties 15% of top executives’ annual bonus to a goal that includes increasing the number of minority and female managers. At pharmaceutical distributor

10% of executives’ bonuses are tied to matters including whether enough employees underwent unconscious bias training. Executives at electric utility

can gain their full target bonus in part if the company meets a goal of 12% of spending with diverse suppliers.

and Verizon have been tying diversity goals to compensation for years. Some have expanded their diversity goals recently. Intel said in its 2020 proxy that investor feedback led it to more fully describe how ESG goals factor into compensation decisions and which goals it uses. Investors voted about 62% of Intel’s shares against the company’s executive-pay practices at its annual meeting on May 13, citing one-time equity awards for the CEO.

Companies often begin by measuring simple representation—how many managers are women, Black or Latino, for example—but that can be difficult to change over short periods, said

Companies that are further along on these efforts tend to also measure inclusion in some way, such as changes in employee survey results or closing the gap between benchmarks among business units, she said.

Board members are increasingly digging into that data.

who is a director at retailer

, said boards should have a five-year diversity, equity and inclusion strategic plan, written with the CEO, so there are processes in place and regular metrics that are analyzed, similar to planning around risk management.

“Then you tie that into compensation,” he said. “It can’t just be a mention in an overall succession-planning discussion.”

—Kristin Broughton contributed to this article.

Write to Emily Glazer at emily.glazer@wsj.com and Theo Francis at theo.francis@wsj.com