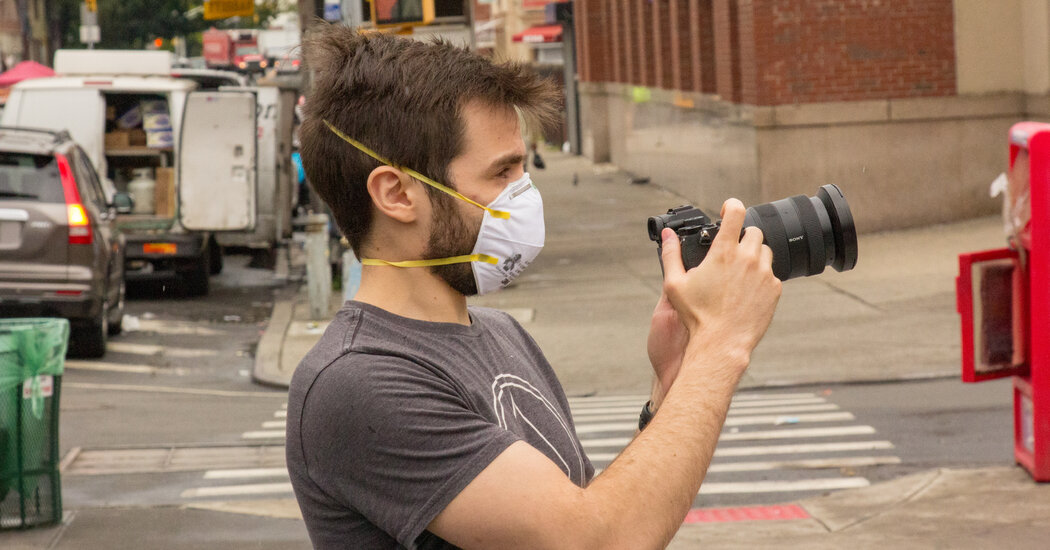 The Graphics desk has employed photogrammetry a number of times over the years, but the Styles piece is only the second instance when The Times has used the technique to create a scrollable virtual environment on a large scale, like a room. In September, the team worked with the Culture desk to pair the architecture critic Michael Kimmelman’s virtual walk-through of the Jackson Heights neighborhood in Queens with an immersive map of the locations. That project took more than a dozen people about three weeks to execute.

“It’s one thing to see a picture or watch a video showing, say, the inside of an empty sports arena,” Mr. Kimmelman said. “It’s another to be able to then zero in and read the fine print on a discarded ticket stub in the upper balcony.”

“Photogrammetry can take you somewhere you’ve never been,” Dodai Stewart, The Times’s deputy editor for Narrative Projects, added. “But it can also show you a familiar place from a new perspective. You notice all the things you wouldn’t if you were just walking through.”

For the Jackson Heights story, Mint Boonyapanachoti, a creative technologist at The Times, and Guilherme Rambelli, a senior 3-D artist, captured about 2,000 photos of the neighborhood. But they did not use specialized cameras, and the shooting process was more straightforward. Think “take a step, take a photo,” Mr. Rambelli said.

But that is just the basic idea. Mr. Rambelli said they try to capture at least two images from different angles of the same feature of an object. That’s necessary, he said, if you want to have left, front and right views. “You want to make sure you’re creating a path that connects one thing to the next,” Mr. Rambelli added. “For areas with many objects, you want to build from an anchor point and go in a circle around the whole scene.”

Niko Koppel, a production technologist on the team, said that the photogrammetry software then takes the images and ties together elements that appear in multiple photos to create a virtual world you can walk through.