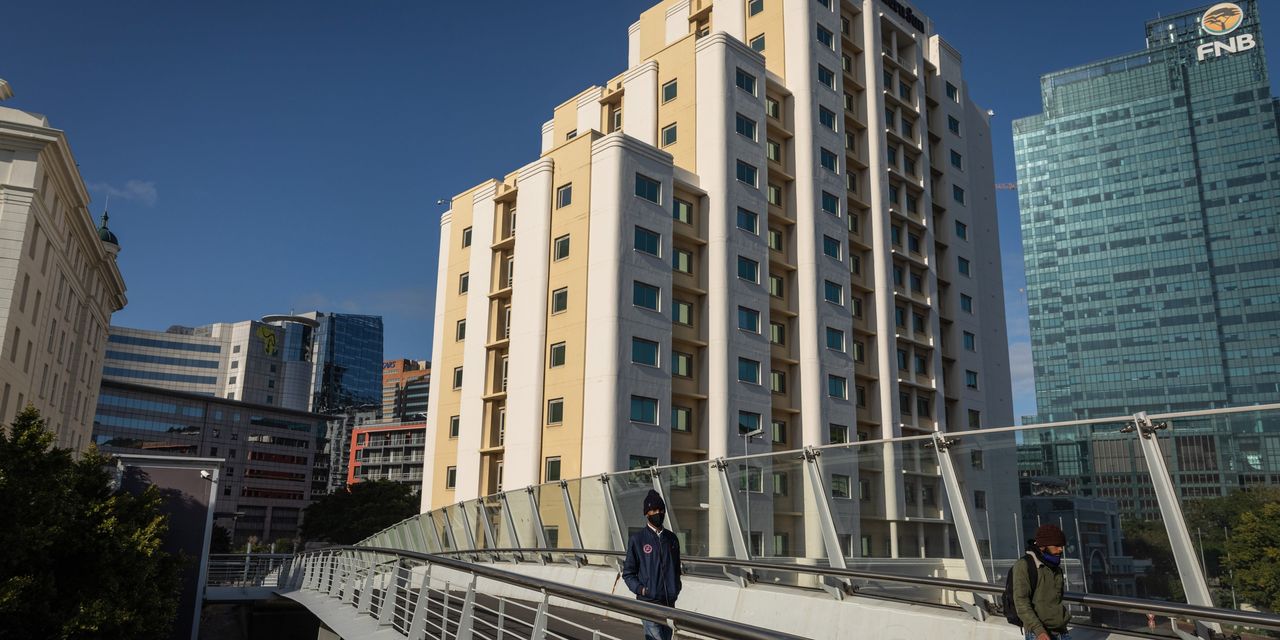 JOHANNESBURG—Africa’s tourism sector has cratered in the face of the coronavirus, but the world’s biggest hotel chains remain committed to the continent.

to Radisson Hotel Group and Paris-based

Europe’s largest hotel company, say their African businesses are not only holding up, they are determined to stay on track with, if not grow, their footprints. The companies see sub-Saharan Africa as underserved and underdeveloped in terms of hotels and predict that demand for both business and leisure travel will grow once the pandemic abates.

“I haven’t heard of anybody that says we aren’t interested in Africa anymore,” said Trevor Ward, owner of W Hospitality Group, a Lagos, Nigeria-based advisory firm that works across Africa. “The long-term play is fine.”

Travel restrictions and social-distancing have kept long-haul business and leisure travelers at home, choking a crucial source of revenue for the region. The World Travel and Tourism Council estimates that in a baseline scenario, Africa will lose 10.9 million, or 44%, of its tourism-sector jobs and $75 billion, or 45%, of its tourism income this year. On a percentage basis, that decline is worse than the Asia-Pacific region and the Americas, though not as bad as Europe.

The collapse of many independent hotels due to Covid-19 has heralded a new phase of consolidation in the lodging industry, where big chains are taking over and rebranding distressed properties, leading to faster expansion across Africa, hotel chains and analysts say. That is partly because hotel chains bear little risk or cost when they convert an independent property to their brand, at least compared with building a new property; the converted hotel becomes part of the chain, which collects franchise fees from the hotel’s revenue.

The conversion trend is present across emerging markets, but particularly in sub-Saharan Africa, due to a lack of hotels for business travelers in burgeoning hubs like Addis Ababa, Ethiopia, and Abuja, Nigeria. To be sure, the expansion of hotel chains is just one slice of Africa’s diverse hotel market. Properties outside cities in iconic regions from Zanzibar, Tanzania, to Botswana’s Okavango Delta have also taken a huge hit.

Hilton Worldwide Holdings Inc. Chief Executive Christopher Nassetta called conversions a bright spot for the company during Hilton’s August earnings call, even as the chain suffered an 81% decrease in revenue per available room or RevPAR—the key metric for a hotel’s top-line performance, combining room rates with occupancy—during the period.

Andrew McLachlan, managing director of development for sub-Saharan Africa at Hilton, which has 25 operational hotels and 41 hotels under development in the region, says the company’s interest is being sustained partly because the continent’s hospitality sector remains underdeveloped in terms of expected future demand compared with other parts of the world.

“We have quite a robust deal flow at the moment,” said Mr. McLachlan. “Some of my colleagues in other markets are not seeing new deal flow coming in.”

“From a development point of view, [the pandemic has] created a different set of opportunities to what was there before,” he added.

Radisson’s hotels in Lagos have spent most of this year running at occupancy levels similar to last year’s, according to Tim Cordon, area vice president for the Middle East and Africa at Radisson. Those hotels swapped short-stay corporate travelers for self-isolating health-care workers, quarantine arrivals and oil-and-gas workers from abroad. One hotel is even host to an emergency Covid-19 call center, according to Mr. Cordon.

“Sub-Saharan Africa has been more resilient as a trading destination than Europe,” Mr. Cordon said. “Don’t get me wrong, it’s still awful, but it’s mitigated our losses.”

Bright spots aside, the region is still suffering along with the rest of the global hotel industry. Occupancy for the year through August in southern Africa was 32%, versus 58% during the same period a year earlier, according to data and analytics firm STR. RevPAR was just $34.28 in the first 8 months of this year, versus $69.07 in the equivalent period of 2019.

“If you look at reduction in RevPAR, I’d say sub-Saharan Africa is average” compared to the rest of the world, said Srdjan Milekovic, who oversees

operations for Europe, the Middle East and Africa. “We do not really expect the rest of the year to bring significant improvement.”

Mr. Milekovic said he doesn’t expect demand for hotels to get back to 2019 levels until 2023 or 2024, though the company’s 11 projects in sub-Saharan Africa remain on track. “The long-term belief in people’s fundamental need to travel for whatever reason did not go away,” he said.

Write to Alexandra Wexler at alexandra.wexler@wsj.com