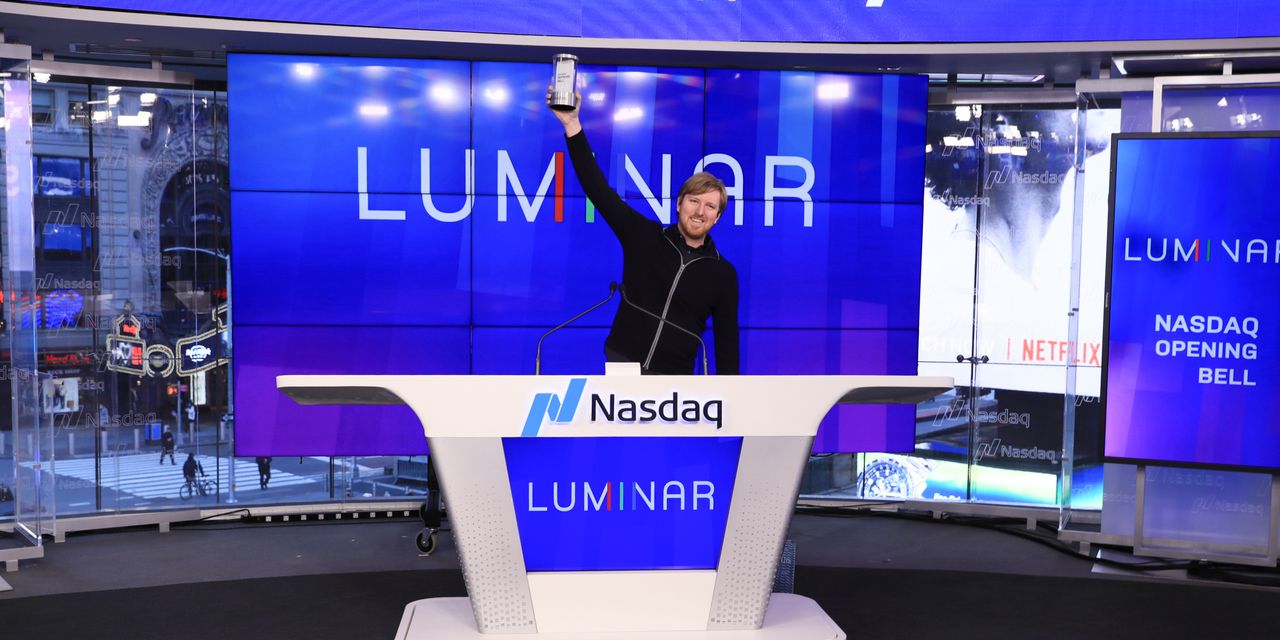 Austin Russell began Luminar in 2012 at age 17, when he left Stanford University and accepted a fellowship from the foundation of entrepreneur and venture capitalist Peter Thiel to develop the company. Mr. Russell will retain 83% of the voting power in Luminar and serve as its chairman.

Luminar “spent a huge amount of time just figuring out what was possible,” Mr. Russell said. “In some ways, it’s awesome and surreal to be a part of this, going public. In other ways, it just makes a lot of sense.”

Luminar is another example of a company making its market debut after getting acquired by a special-purpose acquisition company, or SPAC, which are publicly traded shell companies formed to pursue deals. Luminar was acquired in August by Gores Metropoulos Inc. Other companies that have gone public via a SPAC this year include Nikola Corp. , DraftKings Inc. and Fisker Inc.

Shares in Orlando-based Luminar traded at $23.90 Thursday afternoon, up roughly 33% from a closing price of $18 Wednesday, when the shares traded as Gores Metropoulos stock. At Thursday’s level, the company’s market value is about $8 billion. Mr. Russell’s stake represents nearly a third of the company, according to filings with the Securities and Exchange Commission.