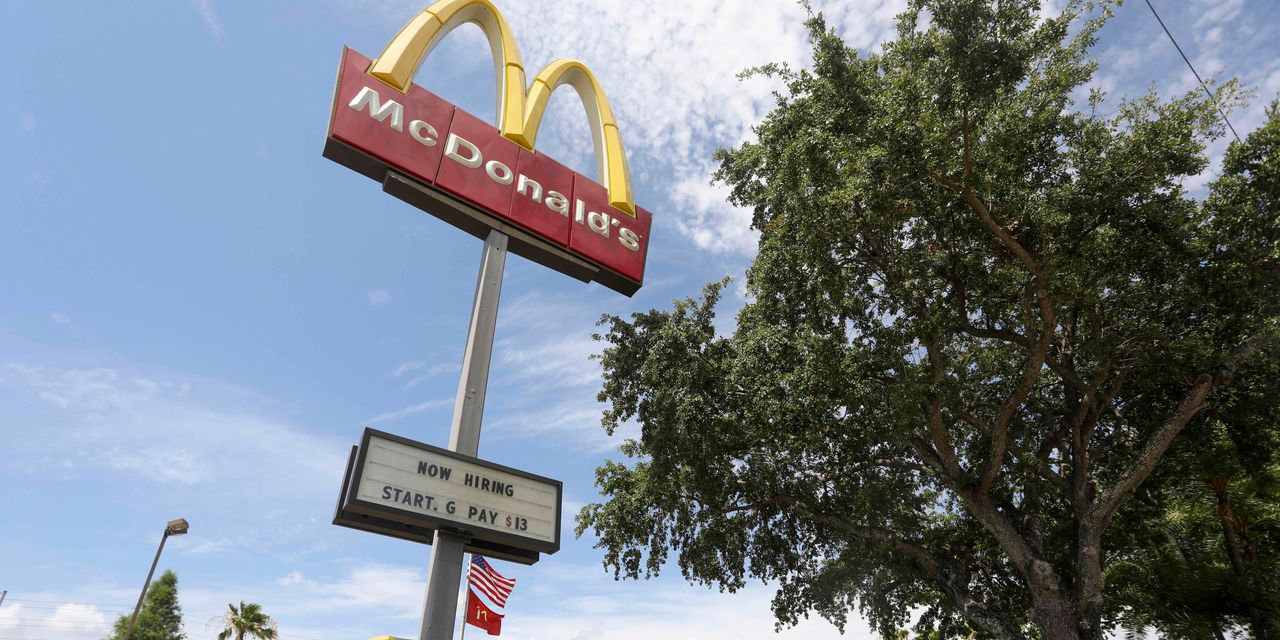 said it would raise pay for employees at company-owned restaurants in the U.S., one of the latest companies to bolster wages and benefits as they struggle to hire workers.

The burger giant said Thursday it would increase wages for more than 36,500 hourly workers by an average of 10% over the next several months. Nonmanagerial workers at the chain’s roughly 660 company-owned restaurants in the U.S. would earn at least $11 to $17 an hour at entry levels after the increases, McDonald’s said. Supervisors would earn an hourly minimum of $15 to $20. Nonmanagerial employees at company-owned stores earlier this year earned an average of nearly $12 an hour, McDonald’s said, and supervisors earned some $16 to $18 an hour.

McDonald’s owns a fraction of its 13,900 U.S. restaurants, around 95% of which are operated by franchisees. Owners have said they are reviewing pay and benefits at their stores. The National Owners Association, a group representing U.S. franchisees, said in an email to its members on Sunday that strong sales should allow operators to raise menu prices if they choose to compensate for higher spending on pay and benefits.

“We need to do whatever it takes to staff our restaurants and then charge for it,” the association said.

A shortage of workers across the U.S. economy has prompted some employers to boost pay and benefits as they hunt for workers. Elsewhere Thursday,

said it is hiring 75,000 workers and offering $1,000 signing bonuses in some locations. “The economy is starting to open up, and there is a lot of need for new employees for a lot of different industries,” Amazon Chief Financial Officer

Applebee’s, KFC and other restaurant chains have said they want to hire tens of thousands of workers in the coming months as they reopen dining rooms and seek to better staff their restaurants.

Chipotle on Monday said it would raise wages at its 2,800 restaurants to an average of $15 an hour by the end of next month. Olive Garden owner

Unions and activists have for years urged chains including McDonald’s to boost wages. McDonald’s and its restaurants are one of the world’s largest private employers. The median hourly wage for a U.S. fast-food worker in mid-2020 stood at $11.47, Labor Department data show.

McDonald’s said Thursday it decided to raise pay at company stores after looking at what other restaurants were paying and as more states and the federal government consider mandating minimum-wage increases. The company said it expects the average wage at the restaurants it owns to reach $15 an hour by 2024. McDonald’s said it wants to hire 10,000 employees in the next three months as it reopens more dining rooms.