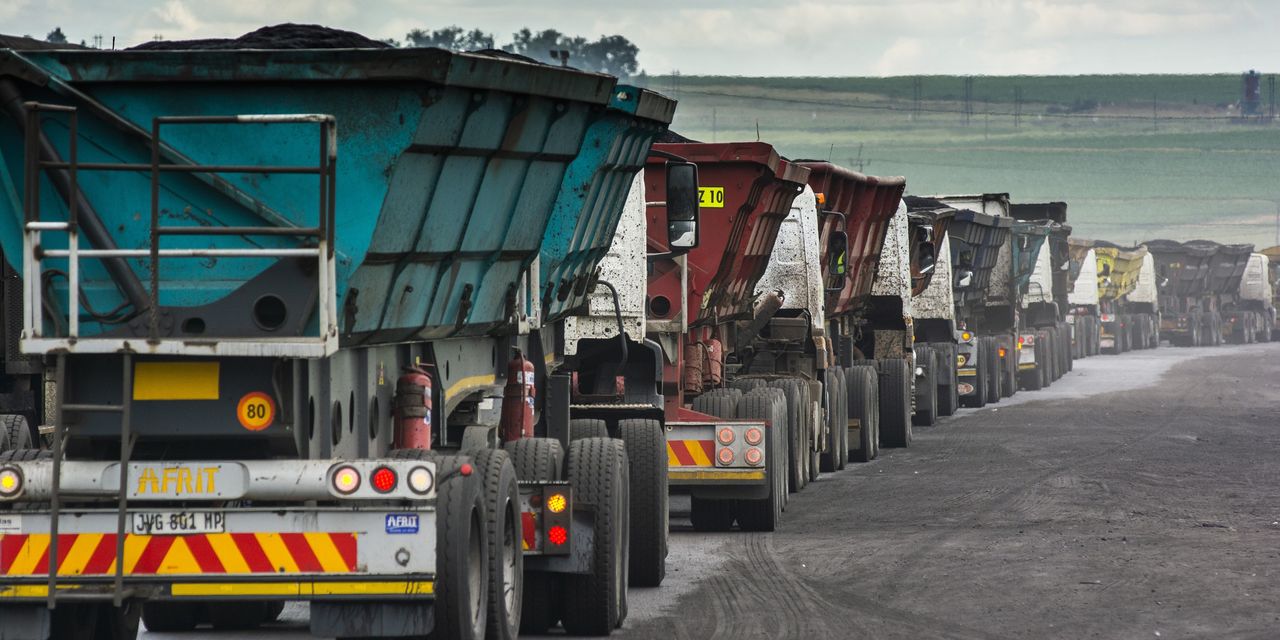 Mining companies are trying to tap into the flood of cash targeting green investments by touting their production of materials that go into wind turbines, power lines and batteries.

They are playing down the environmental impact of their operations and, for many of them, their big businesses mining coal.

The International Energy Agency said in a May report that while coal mining will decrease dramatically in the coming years, “the mining of minerals needed for clean energy transitions increases very rapidly” in a global economy focused on bringing down carbon emissions.

Demand for lithium used in batteries, for instance, is expected to expand by a factor of 30 by 2030, according to the IEA. Cobalt and nickel also will be needed for batteries while copper will be used by transmission lines, electric vehicles and wind turbines. “Metals are at the heart of the new economy, they’re key to the transition to new technologies, EVs, energy storage,” said

“For us as an industry, the transition to a decarbonized society and what that means to both demand and supply for our products becomes the defining issue of our time,”

said at a recent Bank of America conference. London-based Anglo American “will be part of the solution” by providing the commodities required by the transition away from fossil fuels, he said.

Mining companies are trying to differentiate themselves from fossil-fuel producers. Major oil companies

PLC in late May suffered defeats at the hands of environmental groups and investors pressing the companies to address concerns about global warming. The pressure shows how dramatically the landscape is shifting as oil-and-gas producers face scrutiny not only from environmentalists but also big investors who have increasingly been shifting capital into renewable energy.

The potential for a more stringent investor-driven climate and emissions actions may lead to higher capital costs and diminished access to capital for oil companies, according to Moody’s.

Mining faces similar risks. It is an energy-intensive business with a huge environmental footprint. Companies often use toxic chemicals to process materials, while waste is stored behind giant, potentially unstable dams. Coal used to generate electricity is one of the worst contributors to global warming. And the companies often operate in developing countries where corruption is commonplace.

That is causing some investors to back away from the sector, said

a Bernstein Research analyst in London who tracks environmental, social and governance, or ESG, metrics in mining. She says some investors who a few years ago sought her advice have stopped investing in mining companies.

A number of clients of the firm “won’t speak to me because I cover mining,” she said.

It is a mounting problem for the industry as investors use ESG factors more than ever. Nearly $3 of every $10 of global equity inflows have been in ESG funds so far in 2021, according to Bank of America. Assets under management in the 1,900-plus global ESG funds tracked by the firm hit a record $1.4 trillion in April, more than double the amount from a year ago.

An unlikely mining giant seizing the clean-energy mantle is

Glencore is also a big producer of copper in Chile and the Democratic Republic of Congo. Electric vehicles use three times as much copper than cars powered by internal combustion engines, according to RBC Capital Markets. Copper demand for electric vehicles is expected to grow to 6% of global demand in 2030, up from about 1% in 2020, RBC estimates.

Glencore, however, has some significant ESG hurdles, especially its large thermal coal operations. The company says it plans to phase out coal production over time, but the process could take decades.

Its Congo operations have been the source of scrutiny by investigators in the U.S. and elsewhere. In 2018, the company disclosed that it had received a subpoena from the U.S. Justice Department for records relating to its compliance with American antibribery and money-laundering laws in Congo, Venezuela and Nigeria. Glencore has said it is cooperating with investigators.

What role do mining companies play in combatting climate change? Join the conversation below.

Among the major mining companies, she prefers Newmont Mining, a gold-mining company that she said has focused on ESG factors for years. She also likes

, which has significant copper operations and limited thermal coal production.

But BHP also is a major player in iron ore and metallurgical coal used in steel production, both big emitters of greenhouse gases.

That could be a problem for BHP in the future, said Ms. Chigumira. While investors have mostly focused on thermal coal used for electricity, they are likely to start scrutinizing metallurgical coal producers as more companies factor in emissions throughout their supply chains.

As they do, metallurgical coal “will increasingly be a drag on the way that people think about BHP,” she said.

Write to Scott Patterson at scott.patterson@wsj.com