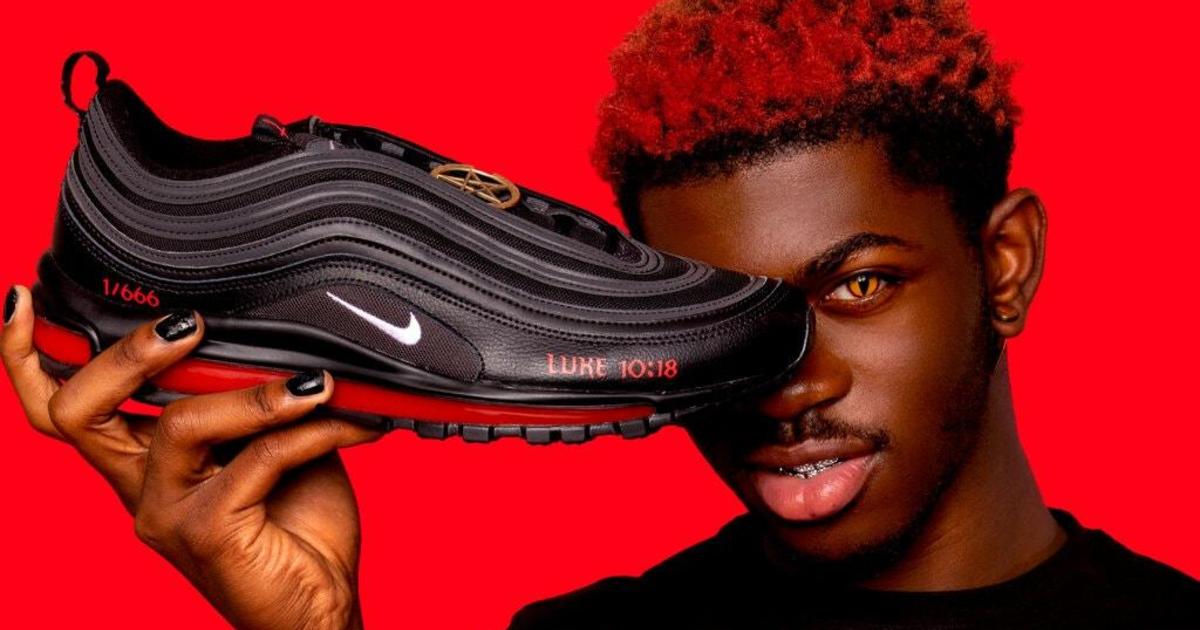 Nike is waging an all-out war with the devil. The apparel company has successfully blocked the sale of Lil Nas X’s “Satan Shoes” — at least for now.

On Wednesday, a U.S. District Court approved Nike’s request for a temporary restraining order against MSCHF, the art collective that collaborated with the rapper to create a pair of sneakers containing “one drop” of human blood. They used modified Nike Air Max 97s for the collaboration.

The order, issued by the Eastern District of New York, states that the Brooklyn-based agency cannot fulfill any orders. On Monday, 665 pairs of the devil-themed sneakers, priced at $1,018, sold out in just one minute.

Fans can enter a giveaway to win the final, 666th pair of shoes.

The controversial sneakers, denounced by countless conservative politicians and religious leaders, feature a bronze pentagram, the number “666” and a small amount of human blood obtained from the MSCHF team.

The price is a reference to the Bible passage Luke 10:18, which reads, “I saw Satan fall like lightning from heaven,” the collective told CBS News. The release coincided with Lil Nas X’s new song and music video for “MONTERO (Call Me By Your Name),” in which the 21-year-old attempts to seduce a horned devil in an homage to his acceptance of his queer identity.

Earlier this week, Nike told CBS News that it had no relationship with the Grammy Award-winning artist or the art collective, emphasizing that it had no part in designing or releasing the shoes.

“We do not endorse them,” the company said Monday.

Later that day, Nike filed a lawsuit against MSCHF, arguing the swoosh violates its trademark and damages its brand.

The sneaker giant argued the shoes are “likely to cause confusion and dilution and create an erroneous association between MSCHF’s products and Nike,” alleging that there’s “already evidence of significant confusion and dilution occurring in the marketplace, including calls to boycott Nike in response to the launch of MSCHF’s Satan Shoes based on the mistaken belief that Nike has authorized or approved this product.”

“As a direct and proximate result of MSCHF’s wrongful acts, Nike has suffered, continues to suffer, and/or is likely to suffer damage to its trademarks, business reputation, and goodwill that money cannot compensate,” the lawsuit added. “Unless enjoined, MSCHF will continue to use Nike’s Asserted Marks and/or confusingly similar marks and will cause irreparable damage to Nike for which Nike has no adequate remedy at law.”

The rapper, born Montero Lamar Hill, did not shy away from online disapproval, even joking about going to court with Nike.

However, he also tweeted Monday that the “backlash” is taking an “emotional toll.”

“I try to cover it with humor but it’s getting hard,” he said. “My anxiety is higher than ever.”

MSCHF did not immediately respond to CBS News’ request for comment on the lawsuit, though it previously said, “We expected the backlash, and we’re all for it.”

Lil Nas X is not named as a defendant in the lawsuit.