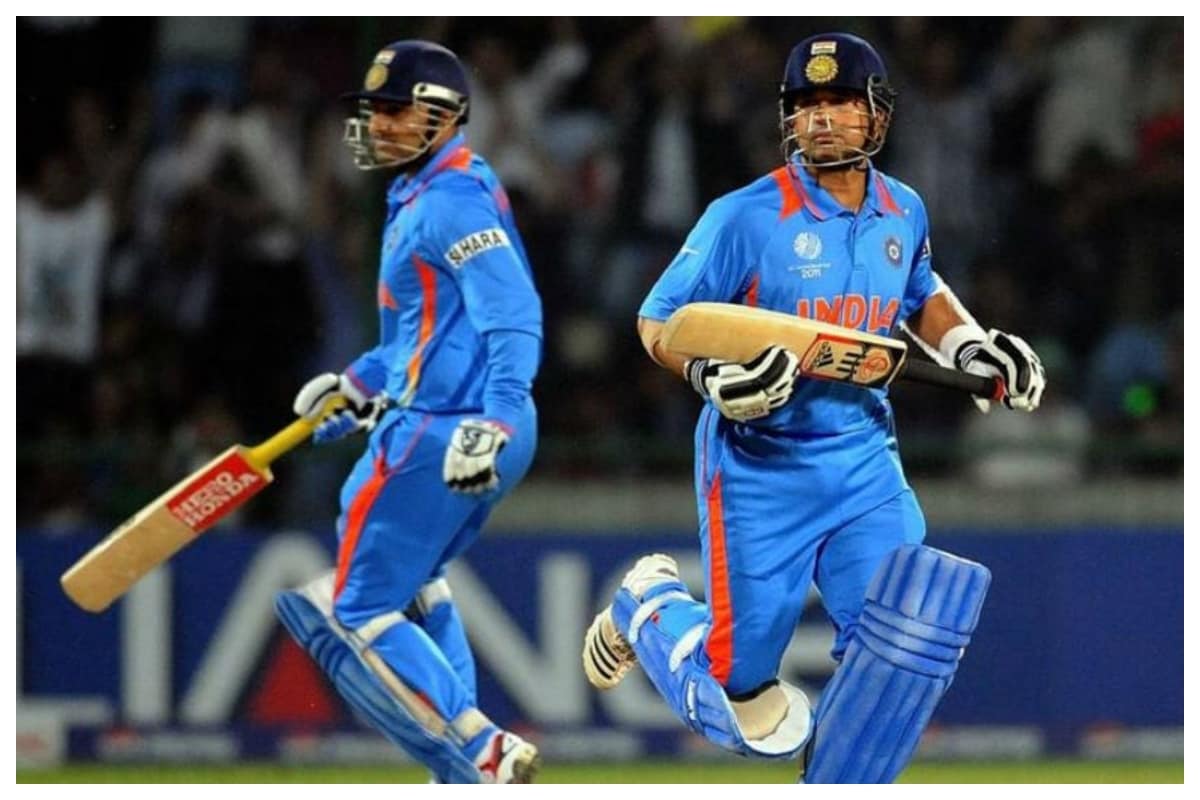 It was the final before the final. From the who’s who of the film industry to former cricketing greats, from the political heads of both the countries to half a billion viewers.

The atmosphere inside the stadium, outside it, all over the country – from Kashmir to Kanyakumari, from Gir to Guwahti, from North Block to Dharavi, from the local pan-wala to Shah Rukh Khan – the tension was palpable and the excitement unmatched!

India lived up to the expectations and the pressure and went on to register a famous 29-run victory over Pakistan in the 2011 semi-final in Mohali.

We look at 5 standout performers for India from the match.

Sehwag scored just 38 but made a huge impact on the outcome of the match as more than the number of runs he scored it was the manner in which he scored them against the best opposition bowler handing India the initiative and putting Pakistan on the backfoot.

Umar Gul had been the premier fast bowler not only for Pakistan but overall in the tournament till then. He had picked 14 wickets in 7 matches. His average of 14.5 had been the best amongst all fast bowlers who had picked at least 10 wickets in the tournament. He had also been brilliantly restrictive conceding just 3.86 runs per over and was the only pacer who had an economy rate of less than 4 till then.

Gul’s numbers with the new ball were even more outstanding – he gave away just 63 runs in double the number of deliveries bowled (126) at a stunning economy rate of 3 also picking three wickets. He was hit for only 8 boundaries which meant a boundary conceded every 16 balls approximately – basically he was immaculate with his line and length and impossible to get away.

In the light of the above, Sehwag’s initial onslaught hammering Gul for five boundaries in the third over of the match was a huge setback for Pakistan shattering their morale and gave India the early momentum in the high octane match.

Sehwag smashed 38 off just 25 deliveries at a strike rate of 152 including 9 boundaries.

Tendulkar’s 85 off 115 deliveries was not his greatest innings in terms of quality neither was he at his fluent best. But it was still his highest impact innings of the tournament and had a larger say in India’s win than the two hundreds he registered against England and South Africa.

Tendulkar scored 32.69% of his team’s runs and anchored the innings preventing India from a collapse after they lost the wickets of Kohli and Yuvraj in quick succession.

Being a knockout, this innings was played under the added pressure of a ‘big-occasion’ match and unlike against England (tie) and South Africa (loss) led India to a win.

Nehra controlled the flow of runs from one end and did not let Pakistan get away in the first 10 overs. While Zaheer Khan and Munaf Patel went for a few and gave away a combined 36 runs in the 6 overs they bowled in the mandatory powerplay, Nehra went for just 16 in his 4 overs bowling as many as 15 dot deliveries.

He returned for three overs in the middle of the Pakistan innings and conceded just 3, 1 and 2 runs respectively building pressure on their batsmen constantly pushing up the required run rate.

Nehra then gave Pakistan the final blow getting rid of Wahab Riaz while conceding just 1 run in the 45th over before dismissing Gul in the 47th giving away just 2 runs – by now the match was beyond the reach of Misbah-ul-Haq who was stranded at the other end.

Pakistan were in the driver’s seat and at 100 for 2 after 23 overs with Asad Shafiq looking good and the solid Younis Khan at the other end.

A big upset was on the cards.And then it all changed.

Yuvraj Singh came in to bowl his third over and with the fifth delivery, against the run of play, castled Shafiq. In his very next over, he then enticed Younis into a drive with a slower one outside the off stump only to have him caught at cover by Raina.

Yuvraj had changed the complexion of the match – two wickets in two successive overs. Pakistan could not quite recover from these losses and India had the upper hand for the remainder of the match.

Misbah and Umar Akmal had forged a 36-run run stand for the fifth-wicket. Akmal, in particular was looking very dangerous and threatened to take the match away from India batting on 29 off just 24 deliveries before Harbhajan got the better of him with an arm ball which caught him in the crease.

Afridi and Misbah then took Pakistan to 184 for 6 putting together 34 off 33 deliveries for the seventh wicket. With the required run rate hovering around 9, Pakistan were still in with a realistic chance.

It was again Harbhajan who came to the party getting Afridi caught off a high full toss.

This pretty much sealed the game for India.