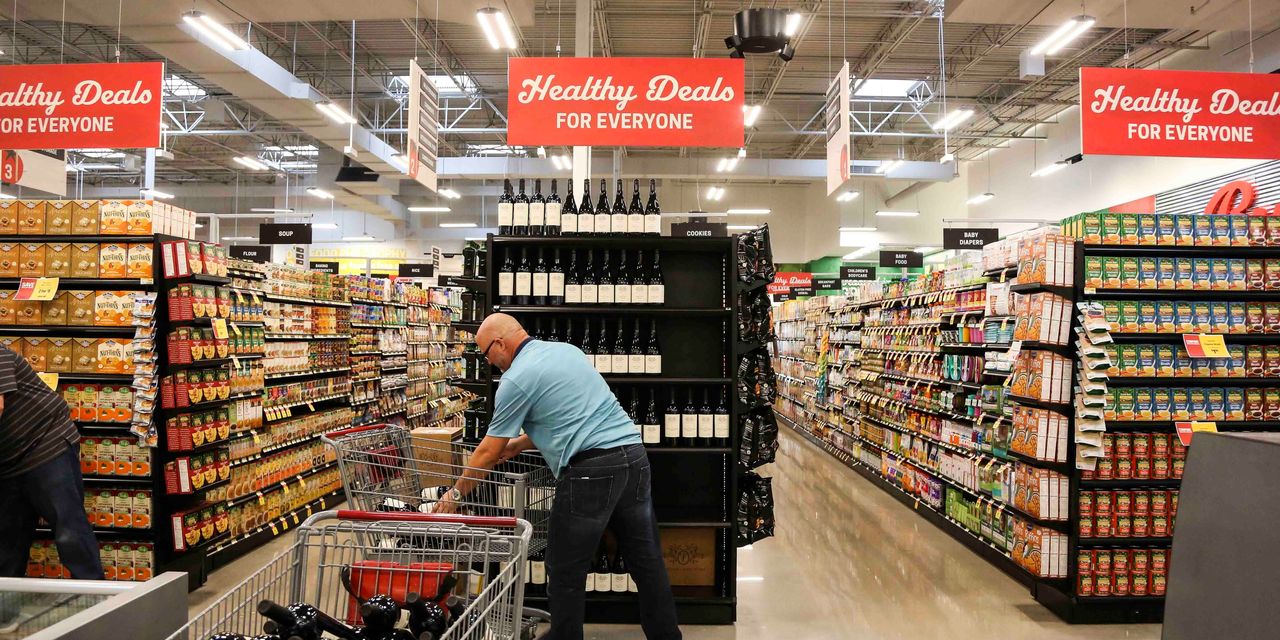 The tight labor market is hampering new restaurant and supermarket openings, putting a potential check on growth in a food industry that is being reshaped by the pandemic.

Many food sellers are adding stores to capitalize on high consumer spending as Americans emerge from a year spent largely at home. But grocers and restaurants say they are struggling to hire all the workers they want for these stores. They are adding perks and bonuses to entice job seekers and in some cases delaying openings.

Grocer Earth Fare said it is offering more jobs on the spot as it seeks to hire hundreds of people at five new stores in North Carolina, Ohio and elsewhere this year. Some supermarkets are adding referral and signing bonuses.

Shake Shack Inc. said hiring is a top concern as it seeks to open as many as 40 burger restaurants this year. “It will not be easy over this next year,” said Chief Executive Officer

There were a record-high 8.1 million unfilled jobs at the end of March, according to the Labor Department, including 993,000 at restaurants and hotels and 878,000 at stores. Businesses that can’t fill jobs may close a part of a restaurant, stock shelves more slowly or serve fewer customers—accommodations that could reduce sales and, economists say, act as a brake on what otherwise is expected to be strong economic growth this year.

Grocery and restaurant executives say expanded unemployment benefits and federal stimulus checks are making it harder to find people willing to work at their stores. Surveys have shown some people say they aren’t working because they worry about spreading or contracting Covid-19. Those concerns are acute in restaurants and supermarkets, where workers are indoors and interact with customers and colleagues who in many cases aren’t wearing masks, as vaccination rates climb and companies relax their rules. Some companies say potential workers are staying out of the job market for now because of concerns about the safety of working in public during the pandemic or child-care duties.

The worst of the labor crunch could prove temporary. Enhanced and extended unemployment benefits end nationwide in September, and some states are stopping them sooner. Many schools and daycare centers are expected to fully reopen by fall, allowing parents to return to work, and with vaccines widely available, more Americans could feel comfortable working outside their homes.

For now, food executives say higher costs for pay and benefits, as well as the hassle of deploying existing staff to new stores, are weighing on operations, potentially preventing them from grabbing more sales.

“Just to find people who want to interview is more challenging than it’s been in a long time,” said

co-chief executive officer of Chicago-based Dom’s Kitchen & Market, a new grocer that plans to open its first store in June.

Since March, Dom’s has hired nearly 150 of the 160 employees it wants ahead of the opening. It wasn’t easy. A human-resources executive tried to recruit a potential employee while out to dinner. The company added referral bonuses and plans to get temporary staff from food-services companies if needed, Mr. Fitzgerald said.

Staffing a new store is tougher than adding employees at an existing one because it is hard to find so many available workers at once, executives said. Fresh Encounter Inc. has hired only 15 of the 100 employees it wants for a new store in Carmel, Ind., said

CEO of the Midwest grocery chain. He said he expects hiring and retention to be difficult while the pandemic lingers and extended unemployment benefits remain in effect.

Restaurants are also scrambling to hire as the industry roars back to life.

CEO of Fazoli’s, a chain of nearly 220 Italian restaurants in 28 states, recently pushed back a Georgia opening by several weeks to find more staff. Job seekers are moving on to other employers if a job isn’t ready, he said.

He said many franchisees recently raised hourly wages by 10% for several positions. Mr. Howard estimated higher spending on overtime and average hourly wages will dent margins by as much as $100,000 annually per Fazoli’s restaurant. Fazoli’s raised prices by nearly 3% in the past month to account for higher costs, he said.

“This is going to be passed on to the consumer,” Mr. Howard said.

Portillo’s senior vice president of marketing. Portillo’s has boosted starting wages to at least $14 an hour in Arizona and $13 in Michigan and Florida, above the minimum wages in those states.

“We can find good real estate, build beautiful buildings,” he said. “The issue is if you can find people to join us.”

—Eric Morath contributed to this article.

Write to Jaewon Kang at jaewon.kang@wsj.com and Heather Haddon at heather.haddon@wsj.com