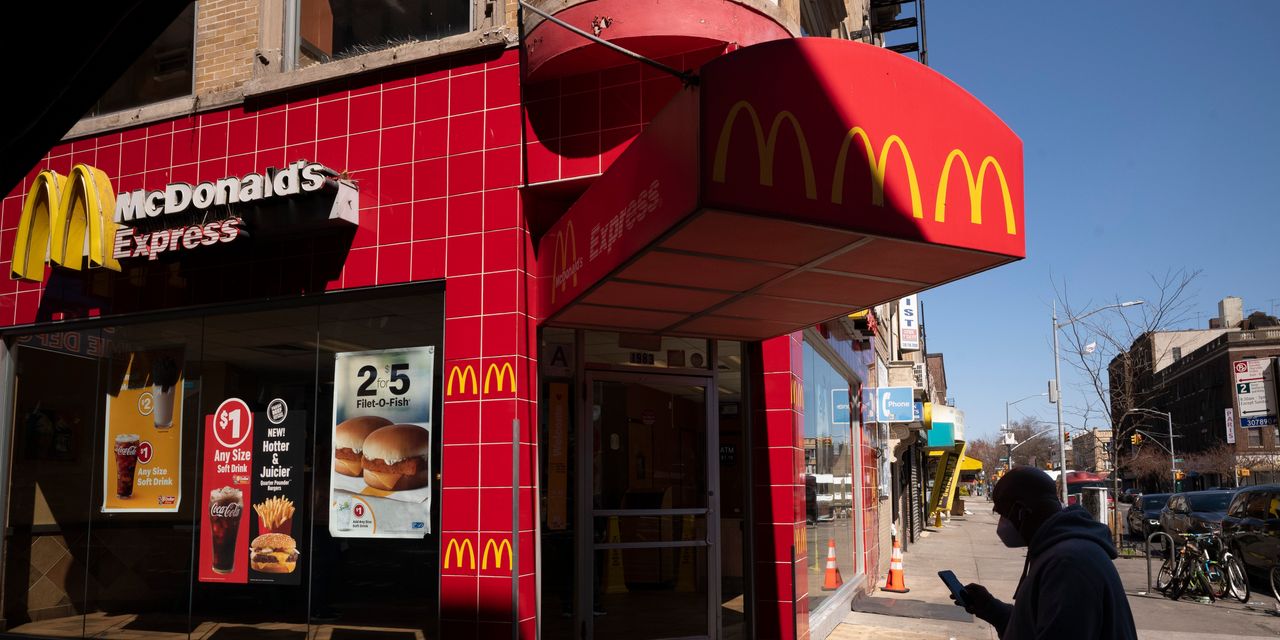 franchisees said they would raise prices on Happy Meals after the company revokes a longstanding rebate, escalating tensions between the fast-food giant and U.S. restaurant operators.

McDonald’s said that in January it will end a roughly $300-a-month subsidy it has paid each of its 14,000 U.S. restaurants for years to subsidize the cost of toys included in children’s Happy Meals. McDonald’s said it would use the money to fund other investments, including benefits for restaurant crew.

“The family business is absolutely a priority. We just believe the dollars are better invested elsewhere,” said

chief field officer for McDonald’s U.S.A., during the call listened to by The Wall Street Journal.

Franchisees at hotels, restaurants and other consumer companies have fought with corporate offices recently over fees, promotions and supply costs. Added costs and operational changes during the pandemic have heightened those tensions.

McDonald’s relations with franchisees had improved recently from the start of the pandemic as sales have grown thanks to rising demand particularly at the chain’s drive-throughs. But the end of the rebate on Happy Meal toys and additional fees that McDonald’s will charge franchisees related to technology have raised tensions between executives and operators again.

McDonald’s and other restaurant chains are increasingly looking to technology investments to try to boost sales. McDonald’s has spent on suggestive selling software in its drive-throughs, saying it is helping to boost sales. The chain plans more investments next year, including in a loyalty program.

Franchisees said they have grown increasingly skeptical of fees McDonald’s charges them for technology, including to drive-through operating systems. Technology investments cost around $10,000 a restaurant this year, according to company data. McDonald’s said that it will begin billing $423 monthly for 12 months starting in March to recover what the company said amounted to $70 million in uncollected technology fees dating back to 2017.

Franchisees said McDonald’s hasn’t sufficiently explained why the fees need to be charged now. The National Owners Association, an independent group of McDonald’s U.S. franchisees, said the company hadn’t properly accounted for the costs of the upgrades or proved that they are worthwhile.

“McDonald’s deserves the best-in-class technology. This is not,” the association said in an email to members on Tuesday.

The company said that it has been working with McDonald’s franchisees for more than a year on the technology fees.

McDonald’s said the fees are being added as franchisees book record cash flow and strong sales from initiatives that the company has funded, including $100 million spent on marketing during the pandemic.

McDonald’s executives acknowledged on the Monday call that they hadn’t properly explained to franchisees why the fees are necessary.

“I think there is an opportunity for better communication,” McDonald’s U.S.A. president