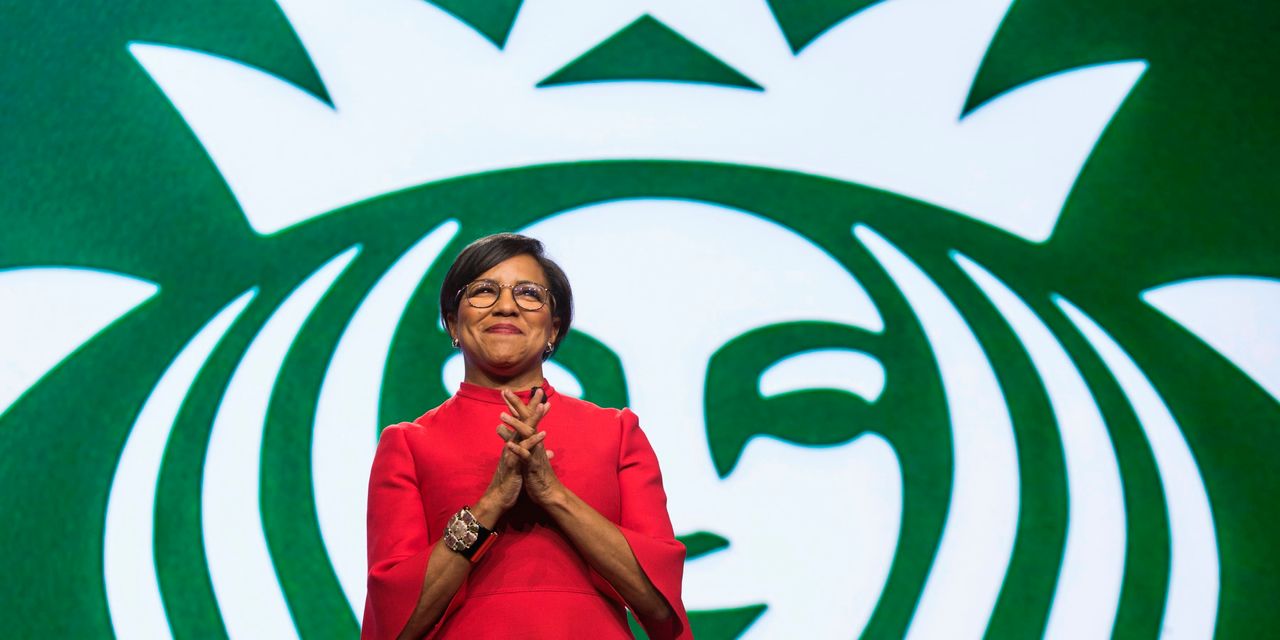 said it would mandate antibias training for executives and tie their compensation to increasing minority representation in its workforce, becoming the latest company to set fresh diversity goals in the midst of a national conversation over race.

The coffee chain said Wednesday that it would aim for at least 30% of its U.S. corporate employees—and 40% of its U.S. retail and manufacturing employees—to be people of color by 2025. Company figures show it currently falls short of those goals at nine of the 14 job levels it said it would track. The company has roughly 200,000 U.S. employees and nearly 8,900 company-owned stores in the U.S.

“They aren’t slam dunks,” Starbucks Chief Operating Officer Roz Brewer said of the new targets in an interview. “They are going to take some work.”

Starbucks is implementing the diversity goals and training at a time of intense discussion about race and representation in American corporations. Unrest during the summer after George Floyd was killed in police custody in Minneapolis rekindled a national conversation over race during which some companies pledged to make their workforces more diverse.

The Trump administration is discouraging companies with federal contracts from issuing specific diversity-related targets or conducting racial-sensitivity training. The Wall Street Journal reported last week that the Labor Department is investigating companies with federal contracts that have included specific numerical goals in their pledges to increase diversity. The White House has said it would consider canceling contracts with companies that violate an executive order barring federal grant recipients from conducting diversity training.

The executive order has caused confusion among businesses with federal contracts and prompted some pushback from some private companies.

Starbucks, the world’s largest coffee company by sales and stores, is a federal contractor.

Ms. Brewer said the company was aware of the executive order that is set to take effect next month and would implement the targets and training regardless. She said all Starbucks employees would benefit from being part of a more-diverse workforce.

“It’s not impacting our path forward,” Ms. Brewer said of the executive order. “We understand some of the controversy around it, but it’s who we are. We are committed to it.”

Starbucks has navigated controversy over race at other times in recent years.

In 2018, the arrest of two Black men who were sitting at a table in one of Starbucks’ Philadelphia locations sparked protests. Chief Executive Kevin Johnson apologized for the arrests, and the chain closed its U.S. corporate stores for a day to conduct antibias training. This June Starbucks made T-shirts bearing the “Black Lives Matter” slogan available to employees after initially directing employees to not display the slogan on their persons at work.

Ms. Brewer said the new staffing goals arose from an assessment of the company’s diversity levels following the arrests at the Philadelphia store. The company found that it had to do more to help employees from diverse backgrounds rise through the ranks, she said.

“People of color want to be seen, and they want to be heard,” she said.

Starbucks said it would publicize progress toward its diversity goals annually. Executive compensation for employees at the level of senior vice president and above would be determined in part by diversity metrics, the Seattle-based company said. It didn’t say exactly how compensation would be linked to the metrics.

The company said it would also offer an executive mentoring program for employees of color starting this year and include antibias materials in hiring, development and performance assessments.

Ms. Brewer, who is Black, said she wished she had such mentorship earlier in her career. “I can only imagine back in my own personal career if I had that opportunity,” she said.