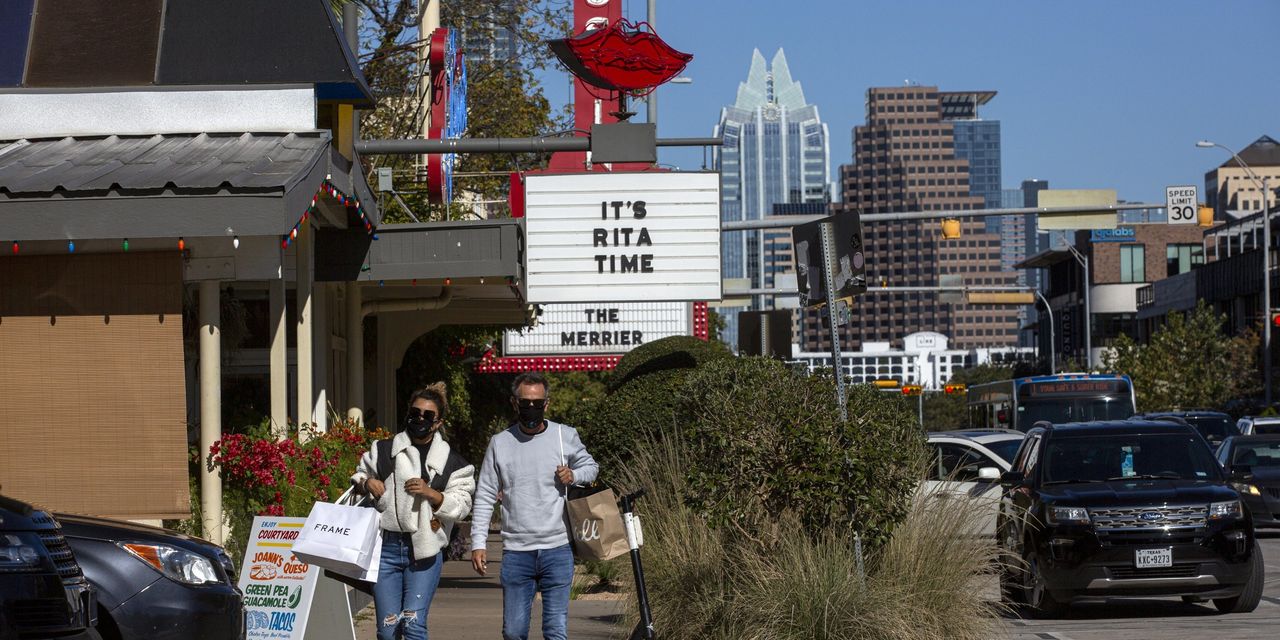 Moves by high-profile companies to Texas from California are likely to improve the personal finances of executives and offer employees more affordable housing—but make little difference to the firms’ tax bills.

The announcements have highlighted the vastly different tax and regulatory systems in the country’s two most populous states. California relies more on taxing personal income, particularly of high-income households, and operates a growing regulatory structure. Texas leans on more regressive property and sales taxes and boasts a more laissez-faire environment. The biggest difference: High-paid executives who move can see their state income-tax bills go from 13.3% to nothing.

But corporate investors hoping for big tax and other savings may need to temper their enthusiasm. Business-tax considerations are likely to prove secondary at best, tax and economic-development experts say. They are dwarfed by the allure of more-affordable housing, lower cost of living and lighter regulatory burdens.

For companies, much of the difference between California and Texas boils down to ease and cost of hiring—not just now but down the road.

“A lot of it, honestly, is just long-term workforce availability,” said King White, chief executive of Site Selection Group, a consulting firm that helps companies decide where to open or move facilities.

Companies have also grown frustrated with the cost of attracting and keeping employees, as living expenses soar in Northern California especially, and as regulatory mandates expand. “The compounding effects of California’s economic and political environment is making it more difficult to run a business effectively,” Mr. White said.

Oracle may not move many jobs, even though the software maker cited workplace flexibility for the address change. HPE already has big operations in Texas. The server computer maker said it was moving to find diverse talent and long-term savings.

an HPE spokesman, said the move wasn’t driven by taxes and there will be no corporate tax benefit.

“It’s not always a clear-cut case that Texas is a winner compared to California,” said Matt Hunsaker, a state-tax lawyer at Baker & Hostetler LLP who practices in both states but wasn’t discussing any particular companies.

“It’s not worlds apart for business taxes.” he said. “But it can be worlds apart for [individual] income taxes, and a lot of times that’s important to the business in managing their payroll costs and keeping their employees happy.”

The Tax Foundation, a conservative-leaning Washington group, puts Texas 11th in its ranking of state business-tax climates, with California 49th. That is largely a function of individual taxes, some of which do fall on business income. The group ranks California ahead of Texas on corporate and property taxes.

Texas collects 5% of its private-sector economy in business taxes, ahead of the 4.5% national average and California’s 4.3%, according to the Council on State Taxation, a business group.

Historically, companies have focused much more attention on federal taxes than state taxes. After the U.S. cut the federal corporate tax rate from 35% to 21% in 2017, state corporate taxes became a more important cost for companies.

vice president of state projects at the Tax Foundation. “It has never been easier for individuals and businesses to relocate to avoid high tax burdens and other costs.”

Changing addresses or even moving people and facilities doesn’t necessarily change a company’s tax costs on its own.

Both California and Texas generally determine a company’s tax base in their state by looking at what share of their sales happen in the state. So moving employees without changing where they sell products and services is unlikely to do much to alter what a company owes. California’s corporate income tax has an 8.84% top rate; the Texas franchise tax has a much broader base and a 0.75% top rate.

The bigger factor—outweighing any change in business taxes—is likely to be the lower cost of employing workers in the state. For most people, that calculation is more about housing costs, said Darien Shanske, a tax law professor at the University of California, Davis. Housing scarcity and land-use regulations are bigger drivers of payroll costs than taxes.

“Moving a headquarters to Austin where people can afford a place to live, that dominates whether they pay the personal income tax, for most people,” Mr. Shanske said. “If some centimillionaires decide to move to Texas, that strikes me as less interesting than a whole swath of the upper middle class feeling that they’re being impinged by housing prices” in California.

In an era when remote work has suddenly become the norm in many industries and professions, companies can often take advantage of cost-of-living differentials without wholesale moves. High-paid executives can move to a zero-tax state even if the company doesn’t, for example. The moves have an even larger tax advantage than they used to because of the $10,000 cap on the state and local tax deduction from federal taxable income.

Company founders who want to minimize state taxes when they sell stock don’t have to live where the headquarters is. They can move away from California before they sell, no matter where the office is. Oracle founder and Chairman

told staff this week that he moved his primary residence to his island retreat in Hawaii, a state with individual income taxes.

“Some of these taxes may not be terribly onerous, but they are designed to drive company policy, which I think companies find problematic,” Mr. Hunsaker, the tax lawyer, said. “Most companies—when they are thinking of moving—they may be thinking about taxes, but usually there’s something else that’s driving it.”

Write to Richard Rubin at richard.rubin@wsj.com and Theo Francis at theo.francis@wsj.com