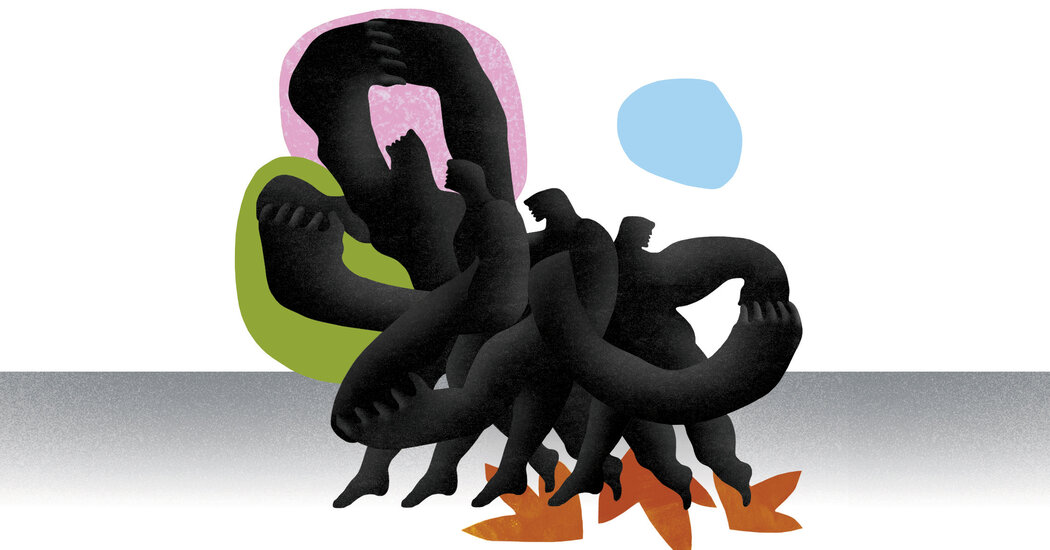 Jared Bernstein, an economist who advises Joe Biden, calls it the “YOYO Economy.” YOYO stands for “You’re on Your Own.” And as Jacob Hacker observed in “The Great Risk Shift,” costs once borne by government or by paternalistic corporations — health coverage, job security, cheap higher education, retirement income — have now been shifted back to individuals.

The message from Uber, Lyft and established corporations that have converted career jobs to gig work is precisely that you are on your own. A lot of what passes for individualism as value preference is an individualism of desperation.

Putnam’s tendency to generalize sometimes suggests a misleading symmetry. Organized worship is declining across the board, Putnam reports, citing a blizzard of data. But as a political fact, liberal denominations are near collapse while fundamentalists are ascendant.

Spend a day wandering around meetings of business lobbyists in Washington hotel ballrooms and you will see Tocqueville-style networking, on stilts. But this remnant of Tocqueville’s America is limited to the top 1 or 2 percent. Meanwhile, as many social scientists have demonstrated, mass-membership associations that speak for the nonrich have atrophied. The civic decline that Putnam describes is anything but symmetrical.

Today’s individualism empowers the right but fragments the left. Cosmopolitan billionaires, individualist in their profiteering and gated communities, make common cause with nativist social conservatives who express their individualism by toting assault weapons. Both are part of the Trump base. But on the left, different flavors of racial, gender, economic and climate progressives, not to mention animal rights activists, often magnify disagreements rather than emphasize coalition.

Political science is the study of preference and power. Putnam tends to play down the role of power in favor of values and norms. Yet power can reinforce or stymie value preferences. Theodore Roosevelt’s leadership animated latent demands for reform that had been stunted politically before his accidental presidency. If postwar business leaders were community-minded, those norms reflected the regulations of the New Deal period and the temporary power of trade unions.

In his summing up, Putnam deliberately sidesteps the question of why America became less cohesive. “The various trends we have identified are braided together by reciprocal causality,” he writes, “so it is difficult and even misleading to identify causes and effects.” But as Putnam notes elsewhere in the book, one factor has to be politics. The political events of the ’60s, especially the Vietnam War but also the period’s assassinations and civil rights protests, weakened trust in public institutions and fragmented the New Deal coalition. The resulting loss of faith in government was a setback for the egalitarian left (which relies heavily on public remedy) and a gift to an increasingly militant right.