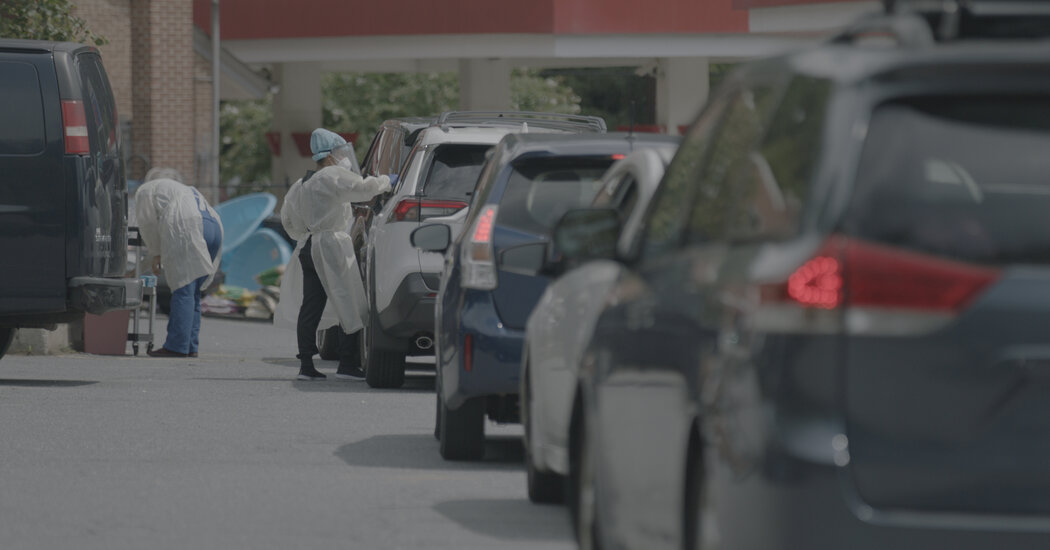 The prolific documentarian Alex Gibney has always worked quickly, but “Totally Under Control,” which he directed with Suzanne Hillinger and Ophelia Harutyunyan, finds him revisiting headlines for which the ink has barely dried.

Surely viewers, unless they’ve been distancing in an internet-free bunker for the past 10 months, don’t lack for reminders of the current global pandemic. There is also no shortage of reporting on how the United States botched its response. Furthermore, a fixed feature documentary on current events invariably lags behind breaking news. The movie can’t do much more than shoehorn a major late development into a closing title card: “One day after the completion of this film, President Donald Trump revealed that he had tested positive for Covid-19.”

So who exactly needs a documentary on a by-now intensely familiar and rapidly evolving global cataclysm? And what purpose could it serve? For a start, Gibney told The Los Angeles Times that he wanted the film to function as a “report card” on the government’s handling of the pandemic that viewers could see before they vote. But “Totally Under Control” has another, implicit goal: It elevates voices who sounded early alarms about the virus and whose warnings were lost in a din of complacency, incompetence and political calculation. Not all of these interviewees or their messages have broken through to the public consciousness.

It is startling, for instance, to hear Dr. Eva Lee, who models infectious diseases, estimate that when the United States confirmed its first case of Covid-19 in Washington State, a time lapse and the possibility of cascading spread meant that 2,000 people needed to be tested and weren’t. Dr. Francis Riedo in the Seattle area recalls testing mystery pneumonia patients in his intensive care unit early in the outbreak and finding that all but one had Covid-19. (Gibney explains in voice-over that the filmmakers sought to take precautions during interviews, sometimes by sending a ready-made camera system to the subjects.)

The New York Times reporter Michael D. Shear, who himself tested positive for the coronavirus on Oct. 2, summarizes the conflicting messages offered by the Trump administration’s medical experts and economic boosters. (Another Times reporter, Eric Lipton, is credited as a consultant.) And Max Kennedy Jr., who volunteered to help a task force assembled by Jared Kushner obtain personal protective equipment, describes a blind spot of the administration’s industry-first approach. “The whole philosophy of the task force was that the government can’t get things done,” he says.

Most of what’s in “Totally Under Control” has been thoroughly covered elsewhere, and even the particular clips of angry, maskless supermarket shoppers are likely to be familiar to many viewers. To the extent that this fast-paced recap has a method, it’s to distill the institutional failings of the past year to a continuously involving and outraging two-hour highlight reel. At that, the movie succeeds, even if it’s a reel that demands a follow-up.

Totally Under Control
Not rated. Running time: 2 hours 3 minutes. Rent or buy on Google Play, Vudu and other streaming platforms.