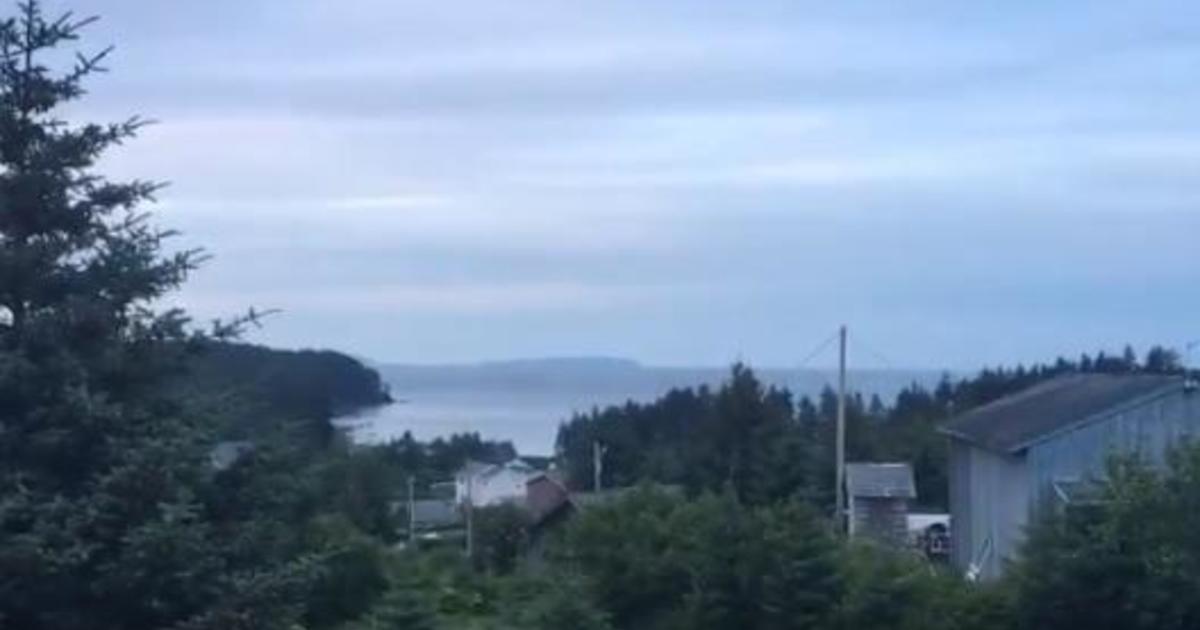 A powerful 7.8-magnitude earthquake struck the Aleutian Islands area off the Alaskan peninsula late Tuesday, prompting a tsunami warning for cities and towns within 200 miles of the epicenter. Police in Kodiak urged residents to rush to higher ground ahead of the tsunami’s possible arrival. Aftershocks were being felt.

The tusnami warning was canceled within about four hours.

But a tsunami that measured 0.8 feet in the city of Sand Point was generated, reports CBS Anchorage affiliate KTVA-TV.

Jeremy Zidek, with the Alaska Division of Homeland Security and Emergency Management, told the station Sand Point sounded sirens twice and evacuated, but it wasn’t clear what, if any, damage occurred.

He said evacuees were told to wait for word from local officials before returning home.

The shallow quake — with an epicenter some 6 miles down — hit at 10:12 p.m. local time (11:12 p.m. PT) some 500 miles southwest of Anchorage and around 60 miles south-southeast of the remote settlement of Perryville, the U.S. Geological Survey said.

“Based on the preliminary earthquake parameters … hazardous tsunami waves are possible for coasts located within 300 km of the earthquake epicenter,” the Pacific Tsunami Warning Center said. The warning covered South Alaska, the Alaska Peninsula and the Aleutian Islands.

There was no tsunami threat for coastal areas of Canada and the U.S., the center said.

The quake was felt hundreds of miles away.

Warning sirens could be heard in background in this video posted by a Kodiak resident going by @Tyler82092707:

Joe Vigil, an anchor/reporter at KTVA, tweeted that boats were leaving the Kodiak harbor for higher ground and lines were forming at gas stations. He said sirens went off again after an aftershock.

“Bed and curtains were going. Felt like a very long quake!” a witness in Homer, Alaska, 400 miles from the epicenter, said on the quake monitoring website msc-csem.org.

Alaska is part of the seismically active “Pacific Ring of Fire.”

Alaska was hit by a 9.2-magnitude earthquake in March 1964, the strongest ever recorded in North America. It devastated Anchorage and unleashed a tsunami that slammed the Gulf of Alaska, the US west coast, and Hawaii.

More than 250 people were killed by the quake and the tsunami.