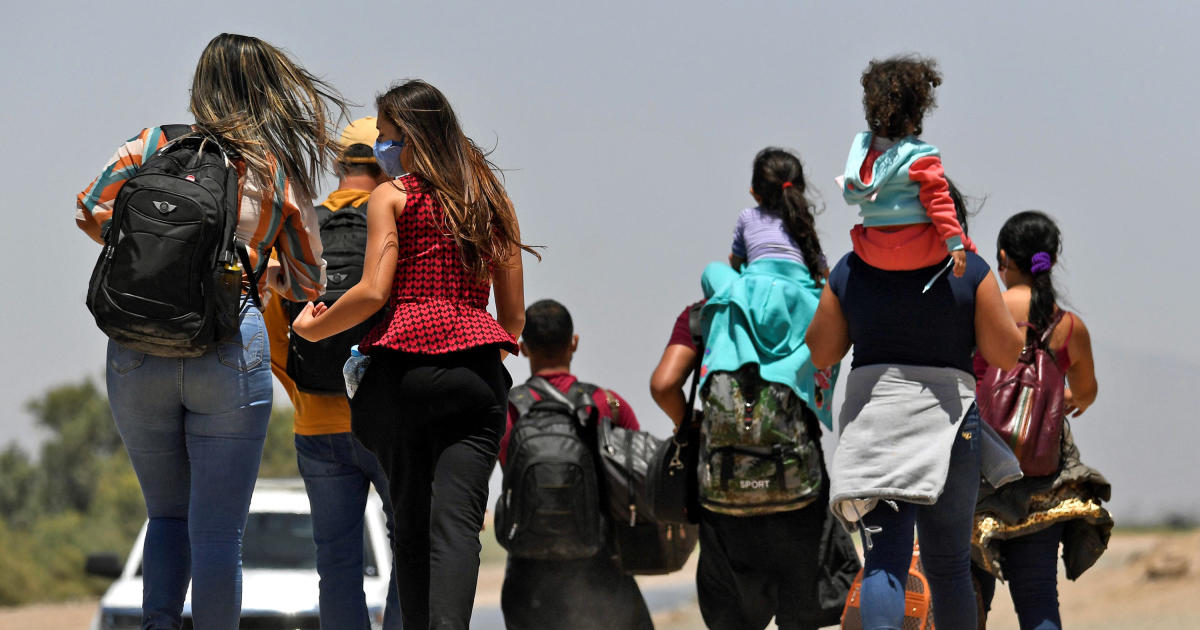 Attorney General Merrick Garland on Wednesday reversed legal opinions issued under the Trump administration that severely restricted asylum claims based on domestic and gang violence, as well as persecution stemming from family ties.

In vacating the decisions issued by his predecessors, Jeff Sessions and William Barr, Garland cited an executive order by President Biden that instructed officials to determine whether current asylum policies provide refuge to victims of gang and domestic violence “in a manner consistent with international standards.”

The rescission of the restrictions could pave the way for a broad shift in U.S. asylum policy, since many of the protection claims made by Central American migrants along the southern border cite domestic and gang violence, which are prevalent in some parts of the region.

Over four years, the Trump administration enacted multiple rules, programs and international agreements to restrict access to the U.S. asylum system at the southwest border, arguing that most Central Americans journeying north were economic migrants ineligible for U.S. humanitarian protection.

Mr. Biden, however, decried Mr. Trump’s asylum policies as cruel and vowed to restore protections for victims of domestic and gang violence.

As attorney general, Garland oversees the Justice Department’s immigration courts and their 1.3 million pending cases. Through precedent-setting decisions, the attorney general also has the power to unilaterally set rules that govern the adjudication of asylum cases being reviewed by U.S. immigration judges and asylum officers.

Mr. Biden has given the Departments of Justice and Homeland Security until October to finish the rules, which are expected to overhaul the adjudication of asylum claims.

“These decisions involve important questions about the meaning of our Nation’s asylum laws, which reflect America’s commitment to providing refuge to some of the world’s most vulnerable people,” Gupta wrote.

In a 2018 opinion revoked on Wednesday, Sessions ruled that cases “pertaining to domestic violence or gang violence perpetrated by non-governmental actors” would generally not merit asylum.

Sessions decreed that “private” criminal activity was not a basis for asylum, barring “exceptional circumstances.” The decision reversed a 2014 appellate opinion that found women who suffered domestic violence could be eligible for asylum under the “particular social group” protection in U.S. law.

To qualify for asylum, U.S. law dictates that applicants must demonstrate they suffered persecution because of their race, nationality, political views, religion or membership in a “particular social group.”

In the other opinion that Garland overruled on Wednesday, Barr ruled that a nuclear family, “in the ordinary case,” would not constitute a “particular social group,” dooming the cases of asylum-seekers who claimed their persecution stemmed from being part of a family.

Garland on Wednesday said Barr’s analysis in 2019 was “inconsistent” with previous rulings that found families could be particular social groups.

The 2019 guidance U.S. Citizenship and Immigration Services (USCIS) asylum officers received in the wake of Barr’s opinion was revoked last month, according to an internal memo obtained by CBS News.

USCIS did not say whether asylum officers have received new guidance regarding the adjudication of claims concerning victims of domestic and gang violence.

The asylum regulations Mr. Biden has ordered officials to craft by the fall are supposed to define “particular social group.”

Clare Hymes contributed to this report.