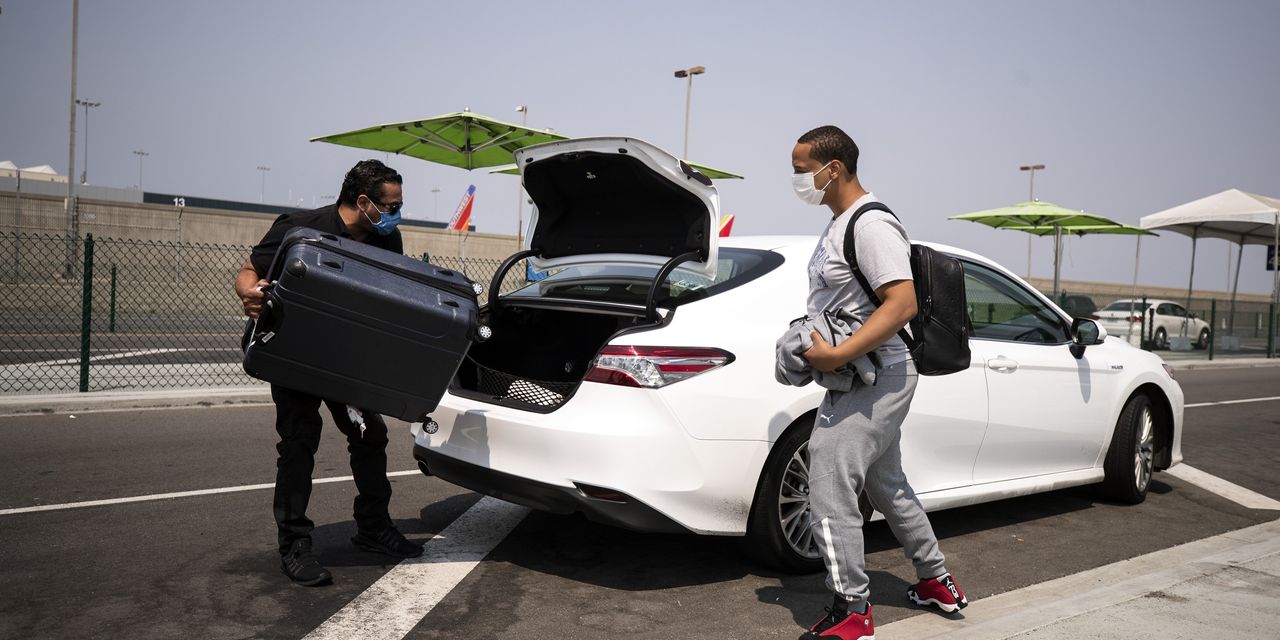 Much of California’s gig-economy business could hinge on voters’ interpretation of just 13 words.

As they show up to pick between Joe Biden and Donald Trump on Nov. 3, Californians also will be asked to vote on Proposition 22. It would preserve the status of gig-economy drivers as independent contractors rather than employees, permanently enabling companies such as ride-share and food-delivery platforms to skirt regulations mandated by Assembly Bill 5, which went into effect on Jan. 1 of this year. The proposition would also, among other things, generally provide drivers with increased pay and some insurance and health benefits.

Those in support of the initiative, including

DoorDash, Postmates and Instacart, have poured more than $186 million into the cause, highlighting the importance of mostly maintaining the status quo of the gig economy. For some, near-term profitability targets likely hinge on the initiative’s passage.

The reclassification would be so disruptive that in August both Uber and Lyft threatened to shut down their ride-hailing businesses in California if the timeline on the requirement wasn’t pushed out. And in a CNBC interview last week, DoorDash’s chief executive officer intimated that he, too, would consider pulling his company’s business from California if Proposition 22 failed to pass, noting his company is “prepared for all scenarios.”

The total invested by those against Proposition 22, including several labor unions, amounts to pennies compared with those in favor of the initiative. But the way the question is being posed could tilt the odds in opponents’ favor. Per its title, Prop 22, “Exempts app-based transportation and delivery companies from providing employee benefits to certain drivers.” In the words of an opinion piece that ran over the summer in the San Francisco Chronicle, that language “all but cries out for voters to reject it.”

It might not be a coincidence: The wording on the ballot initiative was written by California Attorney General Xavier Becerra, who earlier this year along with several California city attorneys led a lawsuit against Uber and Lyft for failing to reclassify ride-share drivers as employees after Assembly Bill 5 went into effect.

Gig-economy companies seem to have upset the wrong crowd. According to consulting firm Redfield & Wilton Strategies, because of voters’ unfamiliarity with ballot measures, “the exact wording of each proposition is of vital importance as it might be the only information considered” in many cases.

With that in mind, the firm notes that only about a third of voters they polled in August said they were aware of Proposition 22, with 34% undecided on how they will vote. A late September poll by the same firm found 53% of voters said they plan to vote yes, just over the more than 50% needed for the initiative to pass. However, a September poll by the Institute of Governmental Studies at the University of California, Berkeley, found just 39% of voters intended to vote for the initiative, with 25% still undecided.

While these companies seem perpetually optimistic about their chances come November, investors should take note: It is entirely possible that one sentence could at least temporarily derail the whole California operation.

Write to Laura Forman at laura.forman@wsj.com

Appeared in the October 14, 2020, print edition as ‘Uber, Lyft Have a Lot Riding on Election Day.’