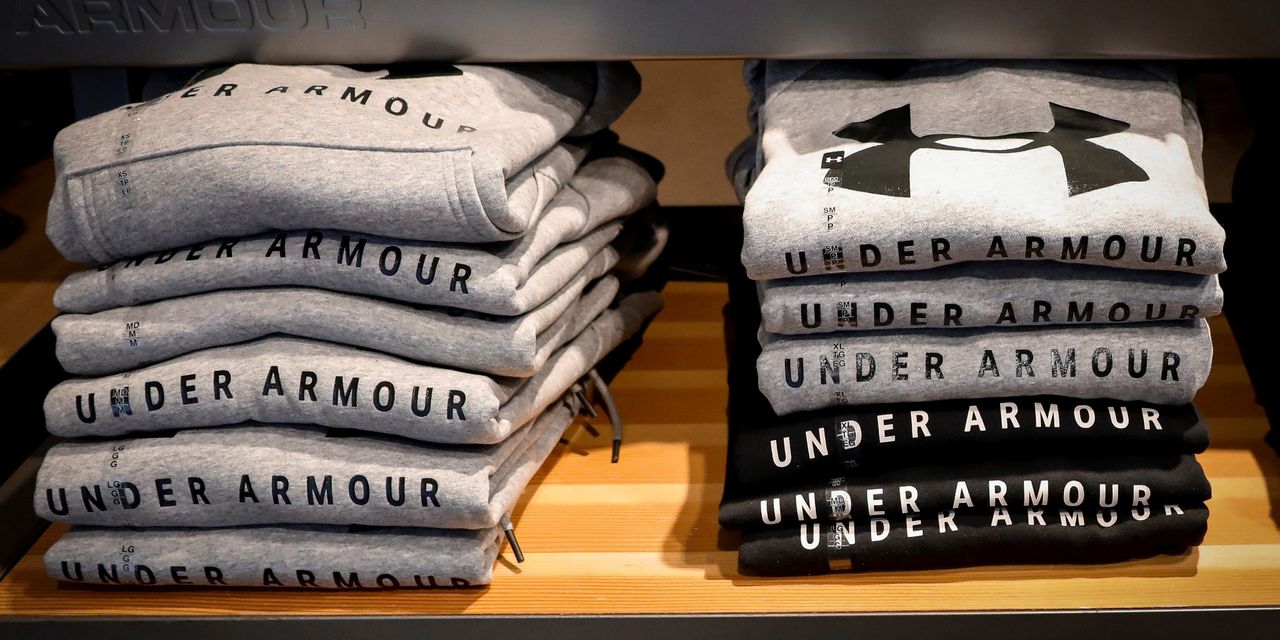 agreed to pay $9 million to settle regulatory claims that it failed to disclose that it was pulling forward orders from future quarters, a practice that allowed it to meet Wall Street’s revenue estimates.

The Baltimore-based apparel company resolved the Securities and Exchange Commission investigation without admitting or denying wrongdoing, the SEC said Monday. The Wall Street Journal reported in 2019 that federal officials were examining whether the sportswear maker shifted sales from quarter to quarter to appear healthier.

The SEC doesn’t plan to take any enforcement action against

the company’s co-founder and executive chairman, or Chief Financial Officer

Under Armour said in a press release. Under Armour previously disclosed that the two men had been told they could be sued by the SEC.

The practice of pulling forward about $408 million in orders happened over six consecutive quarters beginning in the third quarter of 2015, the SEC said. The sales involved orders that customers had requested be shipped in future periods, the SEC said.

The regulator alleged the company misled investors by not disclosing a significant portion of its revenue and revenue growth resulted from the practice. The lack of disclosure created “significant uncertainty” about whether Under Armour would meet its revenue guidance in future quarters, the SEC said in a news release.

“Under Armour created a misleading picture of the drivers of its financial results and concealed known uncertainties concerning its business,” SEC Denver Regional Director Kurt Gottschall said in a statement.

Under Armour’s need to pull forward sales orders to meet quarterly targets prompted the company to offer incentives such as discounts or extended payment terms to wholesale customers, the SEC said in a settlement order. In one case, in September 2016, a company that was asked to commit to buying more goods replied: “We just brought a bunch of your goods in early to help out your quarter…Now you want more…More..More..more..30% [price discount] please.”

Under Armour gave the company a 25% discount and an extra month to pay, the SEC said in the order.

Under Armour said in its press release that it hasn’t received any requests for information from the Justice Department since the second quarter of 2020. The Journal reported in 2019 that the DOJ and SEC were investigating Under Armour.

Write to Dave Michaels at dave.michaels@wsj.com