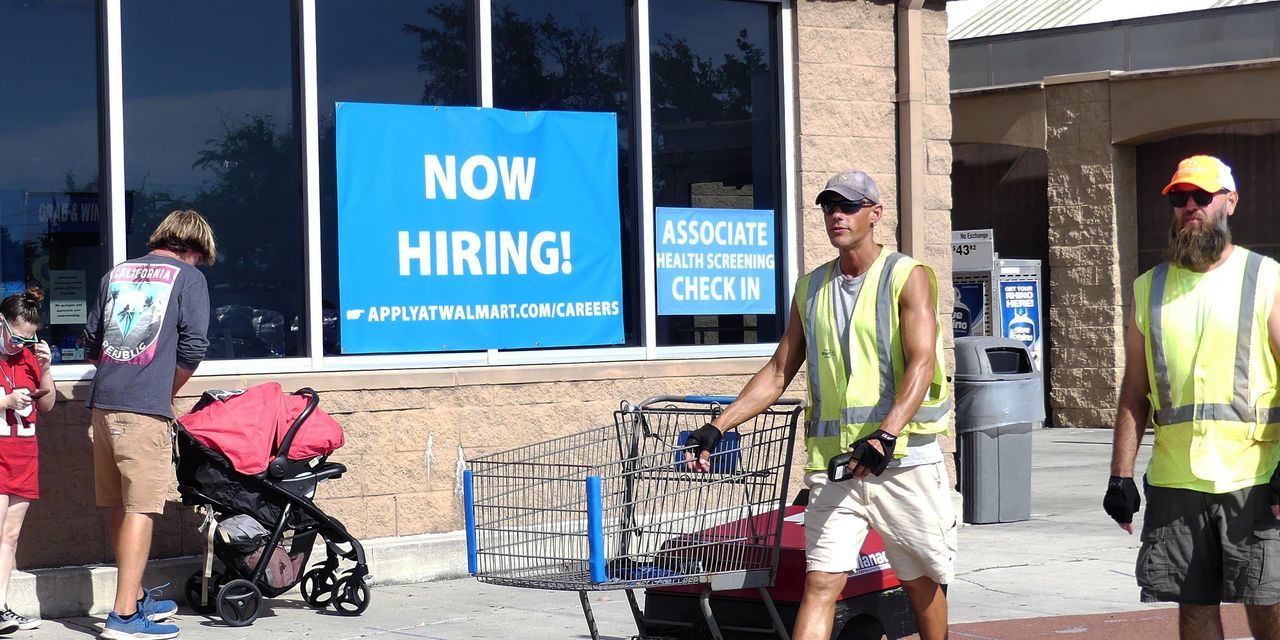 Worker filings for initial unemployment benefits have in recent weeks dropped closer to what economists consider a normal range as they have reached fresh pandemic lows, a sign Covid-19’s impact on the labor market is continuing to recede as employers shed fewer workers.

Initial jobless claims for the week ended June 12 are projected to decline to a new pandemic low of 360,000, from 376,000 for the week earlier, according to economists surveyed by The Wall Street Journal. The estimated decline comes as Covid-19 restrictions continue to wane. California, the state with the largest population, fully reopened its economy Tuesday.

The steady recent decline in jobless claims is bringing weekly totals closer to what would indicate a more typical labor market. The long-term average of initial jobless claims dating back to 1967—including periods of expansion and recession—is 371,763, according to Labor Department data. The four-week moving average for the week ended June 5 was 402,500.

Adam Kamins, director of economic research at Moody’s Analytics, said he thinks the normal range is lower, between 200,000 and 250,000, without factoring in recessions.

“More and more consumer-facing industries that were decimated by the pandemic are coming back online,” Mr. Kamins said. He added that in his view a level in the low to mid 200,000s “would be the indicator that we’ve leveled off.”

Other economists offered different views on what a normal range of new jobless claims looks like, with totals of up to 350,000 a week.

The current level of claims is well down from the record weekly level of more than six million in early April 2020, early in the pandemic, but still above the weekly average of 218,000 in 2019, before Covid-19 took hold in the U.S.

“The pace of layoffs and new [unemployment] claims is definitely starting to normalize, but the number of American workers who are receiving unemployment benefits still remains extremely high,” said Marianne Wanamaker, an associate professor of economics at the University of Tennessee, Knoxville.

The total number of workers collecting unemployment benefits through regular state programs for the week ended May 29 was 3.5 million, a pandemic low but still more than double levels in late 2019. With federal pandemic-related programs included, the number of so-called continuing claims was 15.3 million in the week ended May 22.

The pandemic-related programs expire in early September, and 25 states are ending some or all of the enhanced benefits early as Republican policy makers worry that the benefits are discouraging people from seeking work.

Eight states are ending extra benefits this weekend. Economists said the moves are likely to further reduce benefits totals in the coming weeks.

The downward trend in unemployment benefits joins other signs that the labor market is improving, including payroll gains and a lower unemployment rate in May. The pandemic has also created imbalances, with record job openings, a shortage of available workers and signs employees are more willing to quit than at any other time in the past two decades.

“That means that employees sort of see better opportunities,” said Don Grimes, a research economist at the University of Michigan. “So when you have both of the layoffs going down and quits going up, that’s a very strong signal that the labor market is tightening and is pretty much in favor of employees finding a new job.”