The plan, under consideration in Congress, would lift the federal minimum wage to $15 an hour from the current level of $7.25 an hour for all workers that has been in place since 2009. The proposal also would eliminate a subminimum wage of as little as $2.13 an hour for millions of workers such as servers or bartenders who receive tips. Both changes would be phased in over several years and largely eliminate a patchwork of state wage laws.

In most states, businesses can pay tipped workers less than others, so long as those employees earn at least the minimum wage after tips are added. Under the proposal, restaurants in 32 states could have increased direct labor costs of between $10 and $13 an hour, with businesses in several more states facing increases of $5 to $10 an hour. Seven states, including California, don’t have a subminimum wage for tipped workers.

Federal law allows tipped workers to make as little as $2.13 an hour, compared to $7.25 for workers not earning tips. The proposed plan would eliminate the gap between the federal minimum for tipped and regular workers over several years. 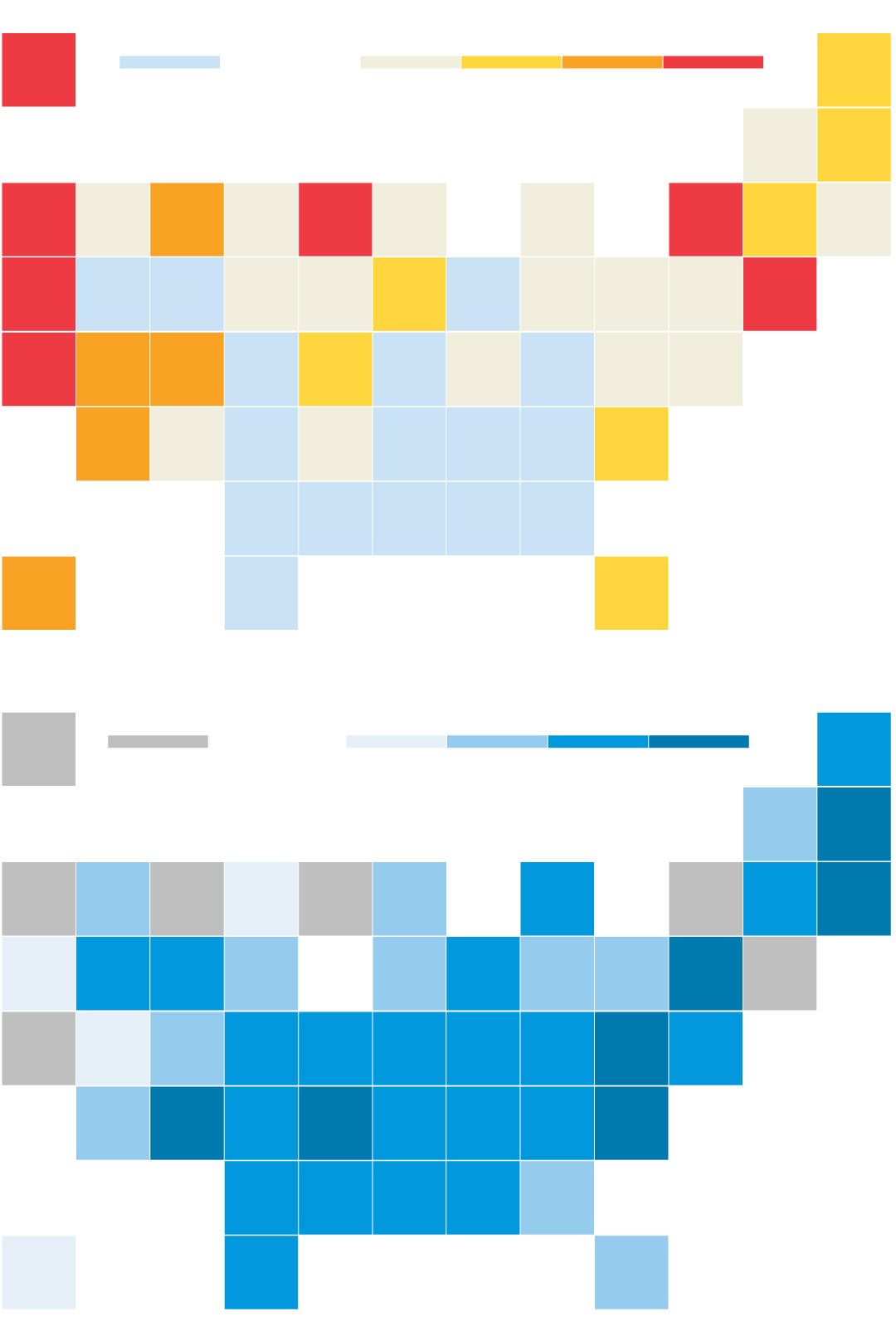 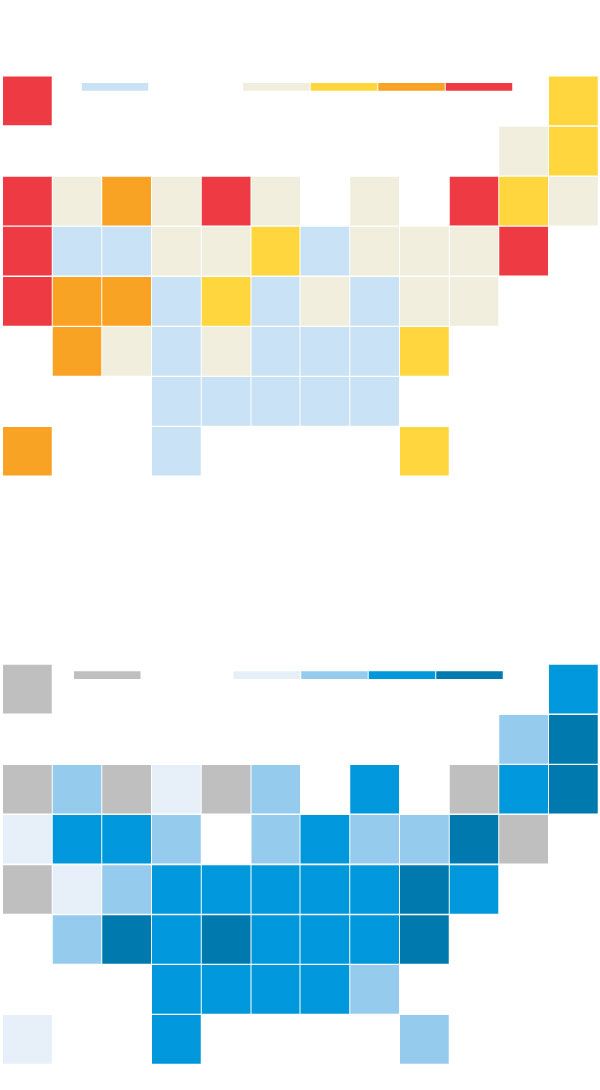 Worker advocates say eliminating the tipped wage would mean servers and others would have more consistent income and wouldn’t potentially need to ask for more pay when tips fall short. The restaurant industry says the existing tip structure means many jobs already pay well above the minimum wage, and that the Biden plan would put jobs at risk while restaurants are still hurting from the pandemic.

Senate Democrats are divided over the proposal, with some lawmakers pressing for a smaller increase and others raising concerns about the proposal’s approach to tipped wages. Some Republicans have indicated support for a wage increase, but haven’t embraced the Democrats’ plan.

Nearly all full-service restaurants surveyed by the National Restaurant Association said they would raise menu prices if tipped wages are eliminated and the minimum wage goes up, according to the group’s survey of 2,000 owners released last week. Two-thirds said they would rely more on technology to reduce labor, and 88% said they would cut hours.

Some restaurants operating in states that already have raised the minimum wage for tipped workers say they have raised prices.

Joe Seriale, owner of Joe’s Diner in Phoenix, said he phased in price increases of $3.50 on entrees and main courses after the state started raising its minimum wage in 2017. Tipped workers in Arizona must be paid at least $9.15 an hour.

Mr. Seriale, whose restaurant sales have been down by around 20% from pre-pandemic levels, said he may have to further raise prices if the proposal becomes law. “Dang if they don’t kick us when we are down,” Mr. Seriale said.

While minimum-wage increases put upward pressure on menu prices, the effect is less dramatic than some in the restaurant industry predict, said Sylvia Allegretto, a Ph.D. labor economist at University of California, Berkeley. California minimum wage increases created a 0.56% increase in restaurant prices for every 10% increase in the minimum wage, on average, her studies showed.

“There are going to be some adjustments, but you have to remember the policy is giving a lot of people raises,” Dr. Allegretto said.

The nonpartisan Congressional Budget Office earlier this month said that raising the federal minimum wage to $15 an hour by 2025 could deliver raises for up to 27 million workers and lift 900,000 Americans above the poverty threshold. But it would cost 1.4 million Americans their jobs.

a Ph.D. economist at the conservative-leaning American Enterprise Institute, said elimination of a tipped wage could hurt the lowest-paid workers and cause some restaurants already struggling from the pandemic to shut down.

“I think you’d see a substantial reduction in employment, and also a sizable increase in middle-class households’ incomes,” Dr. Strain said. “It’s low-wage workers who would suffer through job loss and price increases.”

Prior to the pandemic, 3.9 million U.S. workers earned tips, according to the Economic Policy Institute, a liberal-leaning think tank. Almost 80% of those worked in states that didn’t require them to be paid the full minimum wage, before tips. More than 60% of tipped workers were restaurant wait staff and bartenders.

Restaurant workers are divided over the proposal.

Hayden Smith, 29 years old, works as a server at a farm-to-table restaurant in Nashville, Tenn., said his pay is inconsistent, making it hard to budget for bills. He said he can earn $400 in tips on a weekend evening, while other nights are slower.

“It’s insane that our entire industry’s pay structure is based on customers giving us extra money so our employers don’t even pay us the legal minimum,” he said. “I work in a restaurant where I can’t afford to eat, something is wrong with that.”

He said he believes restaurants can afford to pay more and that customers would accept somewhat higher prices. A larger and consistent paycheck would allow him to have the credit he needs to rent an apartment without a co-signer.

Jacquelyn Pidgeon, 46, is a server at a steak and seafood restaurant in Murrells Inlet, S.C.. She opposes elimination of the tipped wage. At the restaurant, she said she regularly earns around $40 an hour in tips and works about 30 hours a week, giving her more time to spend with her teenage sons. She said she quit a medical billing job six years ago, which required a college degree and paid $12 an hour.

She worries a wage increase could cause the independent restaurant where she works to close. She also expects to be tipped less if she is paid more.

“If I had to live on $15 an hour, I’d struggle to pay my car and student loan bills,” she said, adding she owns her home and has taken her sons on Caribbean vacations.

Darden Restaurants Inc., owner of the Olive Garden and LongHorn Steakhouse chains, has been a vocal opponent of the proposed changes. The company spent $60,000 in lobbying during the last three months of 2020, focused on workforce issues, according to a federal disclosure. A chain spokesman said the company’s advocacy focuses on preserving the tipped wage.

Mr. Biden and Democrats in Congress are “trying to solve a problem that really doesn’t exist,” Darden Chief Executive

Sunil Dharod, who owns 124 restaurants across four states, including Applebee’s locations, Sonic Drive-In stores and the Roy’s fusion chain, said he expected higher wages would lead to menu price increases and reduced service. Servers in his California locations attend to five tables, while in Texas, where wages are lower, they average three, he said.

“Servers are less motivated to provide great service. The domino effect of this will be detrimental,” Mr. Dharod said about the possible end of the tip credit.

—Kristina Peterson contributed to this article.

Write to Eric Morath at eric.morath@wsj.com and Heather Haddon at heather.haddon@wsj.com