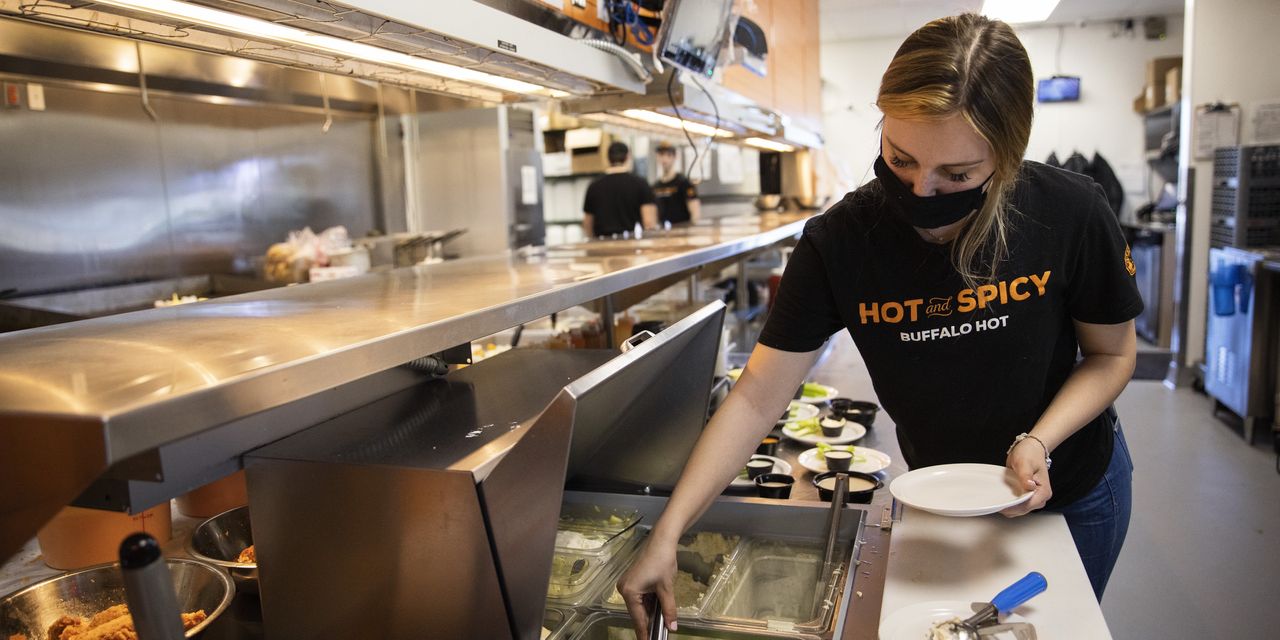 While lawmakers debate whether to raise the federal minimum wage to as much as $15 an hour from the current $7.25, chief executives are weighing in about the potential impact on their businesses.

“There was a significant increase in the minimum wage that was passed in Canada a couple of years back. And that team, working with the franchisees, did a spectacular job of working that through on to the menu, through pricing, through productivity. … The [U.S.] minimum wage is most likely going to be increasing, whether that’s federally or at the state level, as I referenced. And so long as it’s done, like I said, in a staged way and in a way that is equitable for everybody, McDonald’s will do just fine.”

“The hospitality industry has been more impacted from a jobs point of view than any industry in the country. And it’s the slowest in recovery in terms of bringing jobs back. And I don’t think raising the minimum wage, no matter how you look at the analysis, is going to help. I think it will slow the rehiring of people in the industry.”

“Starting in August, we raised the starting minimum wage to $15 per hour for all our employees, which brought our average hourly wage for hourly employees up to $17.67.”

“We believe that inequality is a real problem. And people don’t always know, but like 40% of Americans make $15 an hour or less, which is $32,000 a year, something like that. Fifty million don’t have unemployment. And people at the lower end are dying quicker than they died before. So the first time in our lifetimes, our grandparents’ lifetimes, Americans’ mortality is getting worse, not better. And society has to fix these problems.”

CEO of Lowe’s Cos.

“From the year 2019 and 2020 [we] made a $1.4 billion investment in incremental wages…. We’ve been on a pathway to get our wages up. That’s why we’re very proud to say that we are one of the highest wage retailers from an hourly associate perspective in the U.S.”

“We know when we invest in our partners and put them in the position to do the best job they can in serving our customers that our customer connection scores go up and our traffic goes up and our sales go up. …That’s why you saw us make a fairly significant increase in wage and benefits here in the U.S.”

“We’ve hired thousands of new employees into good jobs by bringing all of our work back to the U.S., and we committed to a minimum wage of $20 per hour to provide the best service possible, which fuels our growth.”

“Beginning [March 29], every hourly team member, tipped and nontipped, will earn at least $10 per hour, inclusive of tip income. Additionally, we are committed to raising that amount to $11 per hour in January 2022 and at $12 per hour in January 2023…. Our average tipped employee earns greater than $20 per hour. …I also think it’s very important to note that if the tip wage was to be eliminated, the current compensation model for servers would have to change. The industry would change that—the way people are compensated, and it’s my belief over time that those people will be compensated less, not more.”

“Let me talk a little bit about wages, because there is a pathway here in terms of getting there over a period of time. In those states where it has been [regulated by states], we have matched those numbers. We’ll continue to do that. And then over a period of time, we’ll apply [wage adjustments] across the U.S.”

“We feel like if there is going to be significant increased inflation because of market-driven, or because of federal minimum wage, we think everybody in the restaurant industry is going to have to pass those costs along to the customer. And we think we’re in a much, much better position to do that than other companies out there.”

“The final thing I’d say about labor that will present an ongoing challenge, not just for Domino’s, but for others across the industry, is the changes in minimum wage around the country. As that moves differentially from one market to another, certainly, it puts pressures in some places and not in others. … Today, we operate in states that are at the federal minimum wage, all the way up to places like Seattle, which are already in excess of $15, $16 an hour. And we’ve still been able to offer the $5.99 and $7.99 [specials] across the country.”

“We’ve been a competitive wage payer as a company for many years. … While a minimum wage could certainly effectively raise the tide with regard to where wages are, we see that as something that wouldn’t disproportionately impact our business and instead is something that we are ahead of in many respects because of where our wages have been historically.”

CEO of Signet Jewelers Ltd., which operates stores under several brands, including Kay Jewelers and Zales

“We’re investing in our team, from ongoing learning and development, to enhanced benefits, to our commitment to establish a $15 minimum wage for every U.S. employee. We’re making these ongoing investments because we know that when we help team members grow as professionals and empower them to inspire love in everything they do, we all win.”

Write to Lauren Weber at lauren.weber@wsj.com and Inti Pacheco at inti.pacheco@wsj.com