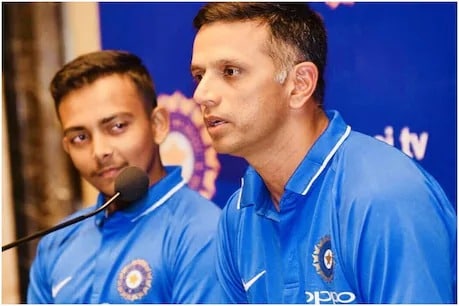 Rahul Dravid is one of India’s best-ever Test batsmen. While Dravid was a stalwart with the bat, he is also well-known for being an affable character away from cricket. Always, the gentleman Dravid is always ready to spare a few minutes to talk and listen to someone. One such incident came to the fore when former Pakistani cricketer Yasir Arafat talked about it in a recent interview.

Speaking to a YouTube channel, Yasir described an incident that happened in 2014. Dravid was in London to ring the bell for the second Test between India and England at Lord’s. The former middle-order batsman was about to leave in a taxi when Yasir spotted him and called out his name

“Rahul Dravid had come for commentary at Lord’s. He hailed a taxi after the match and was about to sit inside when I shouted ‘Rahul bhai’. He stopped after hearing my voice and let the taxi go,” Yasir said. The Pakistani cricketer was touched that Dravid spent 10-15 minutes with him even though he hasn’t played much international cricket. He said that Dravid also asked about the well-being of his family.

Let us point out that Rahul Dravid holds a special place in Yasir Arafat’s heart because he was his first Test wicket. Yasir made his Test debut against India in December 2007, and in his first innings, he grabbed five wickets, including one of Rahul Dravid.

“Making my Test debut was a huge accomplishment for me. Dravid’s wicket is the biggest I’ve ever taken in my career,” Yasir said. In three Test matches, he took 9 wickets. He only took 4 wickets in 11 One-Day Internationals, but 16 wickets in T20 Internationals.