The All-Mighty Era is in full force over on Raw and there’s only one man standing in his way to cut right through it. Drew McIntyre wants to cement his own WWE Championship legacy and with the fans returning to the programming, he just can’t wait to celebrate the occasion with them.

McIntyre has survived the brutal Elimination Chamber match in order to retain. Afterward, Lashley’s brutal beatdowns and Money in the Bank cash-ins haven’t derailed his focus on reclaiming the gold. He was right back on top by beating the hell out of Sheamus on his way to Wrestlemania.

Prediction – As mentioned above, Drew McIntyre is hell-bent on winning the WWE Title in front of the audience to seize his due moment. This is the very same reason why WWE allowed him to drop the belt, to Lashley. But The Dominator’s time as champion is heavily numbered.

Sasha Banks is often touted to be the best technical wrestler present in the WWE female locker room. Herself squaring off with the future of the women’s division guarantees to present a show-stealer at Wrestlemania 37.

This one is a historic bout, itself since two black women are squaring off at the Grandest Stage in a title match, for the very first time. With Banks claiming herself to be the main event and Belair focused to dethrone her from that spot, this one should be a match to look out for.

Prediction – Banks’ agility inside the ring clashing with the raw power of Belair, would be an ultimate treat for the viewers. The match outcome remains 50/50 depending on whether WWE sees Belair as a future champion who could carry the division on her shoulder in the post-Mania season.

There are wrestling matches and then there are entertainers on the Wrestlemania card, just like this one. The Grammy Award winner definitely doesn’t have any traditional training on wrestling but one thing is for sure and that he’s learning to bring the fight to the Hollywood A-lister. At the same time, there will be outside shenanigans with Damian Priest and John Morrison being injected into the capacity at the very last moment.

Prediction – When the roller-coaster ride will be over, it would be Bad Bunny standing tall with Priest since WWE mostly puts over mainstream celebrities in this kind of matchups so that they can make some headlines.

With Wrestlemania Women’s Battle Royal nixed off the card, this match would be a way to utilize some of the female talents. The four top teams of the Women’s division’s will participate in this Tag Team Turmoil Match on Night 1 to determine Nia Jax & Shayna Baszler’s challengers the following night. All four of these teams made their claims to have a title opportunity in recent altercations with anyone of these pairs having chances to secure the win.

Prediction – Given the history of Nia Jax and Lana, perhaps the team of Lana and Naomi could become the new contenders while Natalya and Tamina have also showcased their strength in recent weeks. In the end, it doesn’t really matter as we believe the strong tandem of Nia and Shayna to be intact who will retain on Night Two.

Riddle loves to have gibberish words with his locker room colleagues but when it comes to Sheamus, he just had to watch his mouth. After all, the US Champion was dealing with a hot-head Irishman who was just coming out of a losing feud against Drew McIntyre.

A callous beatdown on The Original Bro with his own scooter signaled The Celtic Warrior was coming after the mid-card title. Then, his intention to pick up the belt was made clear after he picked up a non-title win over Riddle, a couple of weeks ago.

Prediction – While Sheamus is looking to become a three-time United States Champion, Riddle looks to solidify his status as a champion. Unfortunately, the champion is up against a wise veteran who might just be too tough to digest a pinfall loss. Hence, the current title reign is likely coming to an end.

Seth Rollins returned on Smackdown bragging about his leadership qualities which wasn’t a welcoming experience to many of the blue brand locker room members. Especially Cesaro had the audacity to point it to the face of The Messiah that led to an instant attack.

But Cesaro fired back with his Swing to leave Rollins in a dizzy state on a couple of occasions. He won’t embrace Rollins’ vision and that’s the focal point of this feud.

Prediction – The Smackdown Savior colliding with the Swiss Cyborg will unarguably produce a five-star encounter. As much as the fans would love to see Cesaro getting over in the match, we doubt WWE would think twice to hand a loss to Rollins, a cornerstone figure on their roster.

Weeks of warning of the arrival of Rhea Ripley on the main roster finally happened in a mega way when she challenged Asuka to a match for the Raw Women’s Championship at WrestleMania 37.

This is one of those rare occasions where an NXT Superstar is getting a grand entry to the bigger picture with a title match and that too at the Show of Shows. After staying opponent-less for months, the Empress has finally received a relevant opponent with whom she can deliver a ‘match of the night’ candidate.

Prediction – Rhea Ripley is already billed to be the future of the WWE Women’s Division after the success she achieved during her NXT run. History awaits her at Wrestlemania when she finally dethrones Asuka from her current run to become the first woman to have runs with NXT, NXT UK, and main roster titles.

On that very moment, AJ Styles and Omos interrupted the new champions to set up this fresh contest at Wrestlemania. This was an apparent way to set up a traditional babyface vs heel match at the Show of Shows which made some of the fans irate about how New Day keeps on getting title runs on uncountable occasions.

Prediction – That being said, the WWE Universe would be happy to see AJ Styles picking up the tag team title with the gigantic Omos by his side. This is the only belt that the Phenomenal One hasn’t hold in his WWE career as he’s just one big win away from becoming a Grand Slam Champion.

We have seen these two Smackdown superstars pushing each other to the limit in recent months. But not for once, the rivalry seemed stretched, and thus the rematch is getting a lot of attention.

This Nigerian Drum Match would be an additional attraction for the fans which is a first-time bout in WWE history. Crews is spreading wings as a vicious heel and he needs a big win to cement his spot on the mid-card.

Prediction – This whole Nigerian Warrior gimmick of ‘real’ Apollo Crews has been given for a reason and that’s to upping his status. After a couple of failed attempts, he is likely to finally pick up the IC title at the grandest stage of Wrestlemania 37.

You don’t want to wake up the monster out of Braun Strowman and Shane McMahon has successfully done that over the past few weeks. Now the situation has become worse for him as the WWE head-honcho will have to be locked inside a steel cage with the seven-footer.

Braun was all happy to get an apology from Shane on Raw for keeping him out of the title picture. But Shane, being resurfaced on TV in time for Wrestlemania, tried to instigate him to the limit to culminate in this matchup.

Prediction – With the steel cage involved in the capacity, Shane McMahon will perform some crazy stunts, matching up to the Wrestlemania shtick. But at the end of the day, he’d continue to play the role of a jobber by putting over Strowman with a big win before going into another hiatus.

Randy Orton vs. “The Fiend” Bray Wyatt with Alexa Bliss

After months of teasing ‘He’ returned on TV at WWE Fastlane 2021 bringing some more bad news to Randy Orton. As if Alexa Bliss’ mind games weren’t enough, now The Viper will have to face this charred version of The Fiend at the Show of Shows. Since the day Orton sadistically set The Fiend on fire back at WWE TLC, the Wrestlemania showdown is being teased which is now coming to fruition.

Prediction – The Fiend and Alexa Bliss working as a unit will be too much for The Legend Killer who is set to digest a squash loss at the Grandest Stage of Them All.

With not much going on around these two superstars, WWE decided to pit them against one another at Wrestlemania 37. We have seen these best friends involving in numerous feuds in the past, the day they walked through the doors of the WWE.

Perhaps, it was in their destiny to showcase their in-ring chemistry at The Biggest Event of the Year. While Zayn is obsessed with removing the conspiracies against him, his opponent is eager to run wild with KO-Mania, again to get back to the title picture.

Prediction – Despite the different goals and less buildup around the match, these two are going to deliver a quality bout, depending on their veteran instincts. In the end, Owens should have the last laugh as he’s more accomplished, career-wise in the WWE.

Originally, WWE Hall of Famer and 2021 Royal Rumble winner Edge opted to collide with Universal Champion Roman Reigns in a dream Spear vs. Spear contest. But Daniel Bryan had his own ambitions over one final WrestleMania main event which helped this match to get converted into a Triple Threat.

For all the rightful reasons, Edge has been furious over WWE suddenly altering the match. In a herculean effort, he outlasted 29 other Superstars to earn the right to challenge the World Champion of his choice at The Showcase of the Immortals but now that one-on-one title opportunity is gone. This led the Rated R Superstar to bring out the sadistic persona by virtue of which he once used to run Smackdown during his heyday.

Prediction – Edge’s heel-turn and the title match being converted into a Triple Threat weren’t just co-incidents. It is a cunning way to protect Roman Reigns from getting pinned even when he drops the belt. Thus, the Ultimate Opportunist is the favorite to walk out of Raymond James Stadium as a twelve-time world champion (by pinning Daniel Bryan) on the same day, he once announced his retirement. 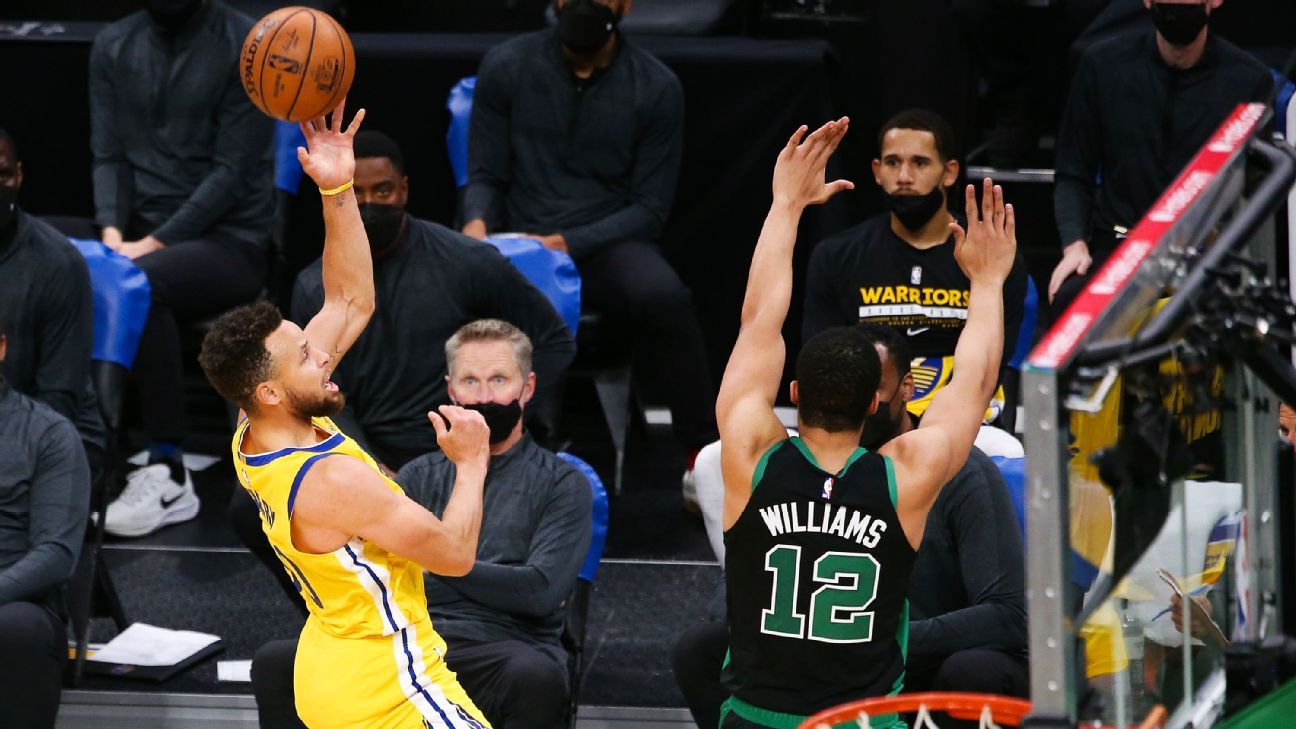