Prime Day 2021 has arrived, bringing a variety of deals starting now through Tuesday, June 22. Among some of the biggest discounts of the year, you can save on a variety of smart home devices, like wall plug-ins, surge protectors, thermostats, and light bulbs on Prime Day.

The fourth-generation Echo Dot is currently only $25, and it comes with a free Sengled Bluetooth color bulb. Kasa Smart Plugs are discounted, with a single available for $9, a two-pack for $13, and a three-pack for $19. The Kasa Smart Plug Power Strip is also discounted to $24, which has three outlets and two USB ports. Kasa also has a Smart Light Switch for $13 and a Smart Dimmer Switch for $17. The Emerson Sensi Wi-Fi Smart Thermostat is down to $75. There are also plenty of other deals on home technology, so check out our guides for the best Prime Day smartwatch deals and a great deal on a Wi-Fi extender. We’ve also got the best Prime Day deals all gathered on a single hub.

The fourth generation of Amazon’s smart speaker, the Echo Dot provides crisp, clean, audio with Alexa built-in. The Echo Dot can be used to play music and control smart home devices, like the Sengled Bluetooth Color Bulb, which can change colors. 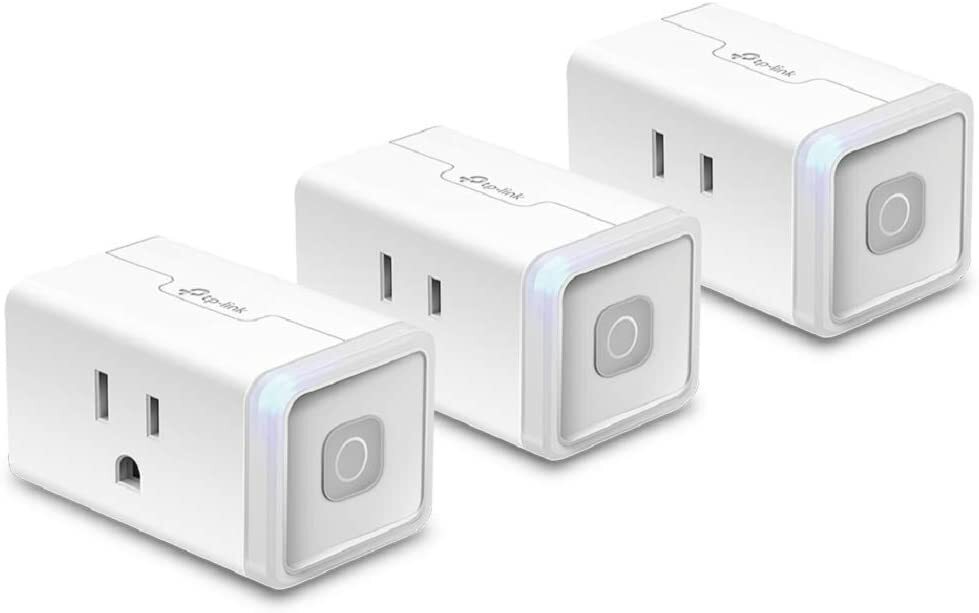 Via smart home devices like Google Home and Amazon Alexa, Kasa Smart Plugs can turn any outlet into a voice-controlled smart outlet. The outlets can be controlled via an app as well, allowing you to turn the outlets on and off in addition to setting a schedule for the plugs. 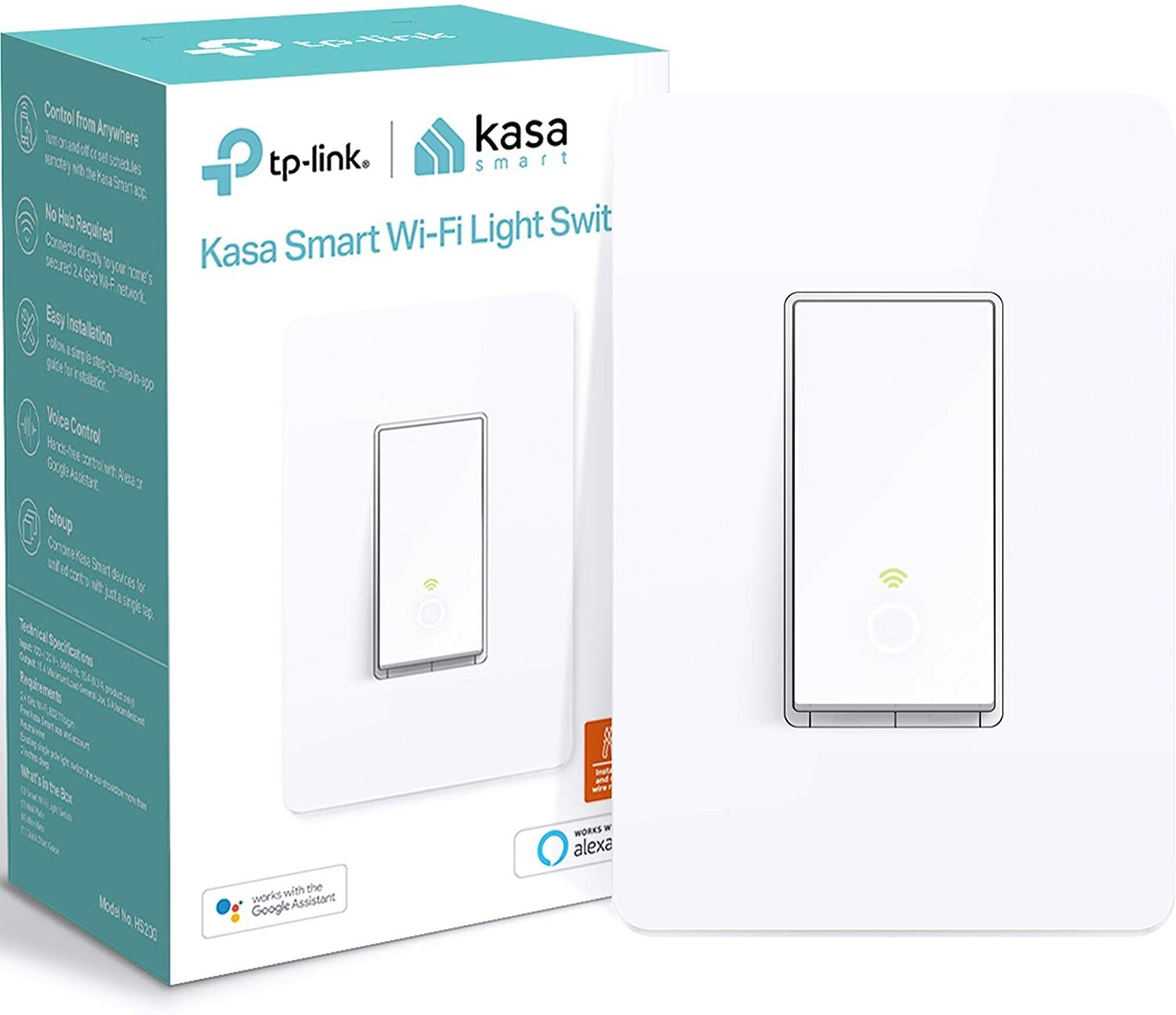 The Kasa Smart Light Switch allows for your home lights to be controlled via an app or smart home devices like Google Home and Amazon Alexa. With an easy and guided install process, the switch can fit in any standard-sized wall plate with a neutral wire. 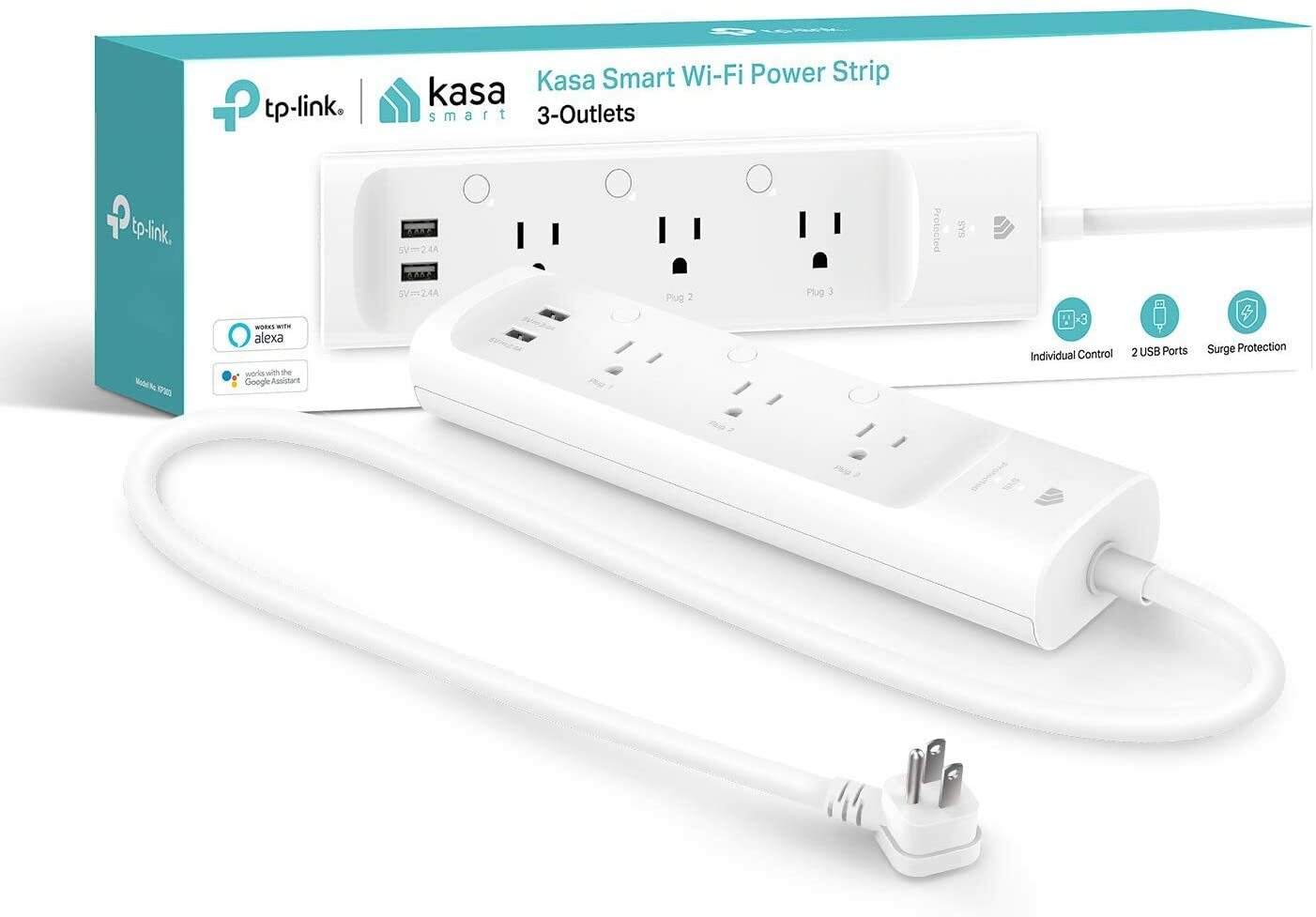 The Kasa Smart Plug Power Strip with surge protection allows for any plugged-in devices to be controlled using the Kasa app or with a smart home device. The power strip includes three main plugs and two always-on USB plugs. The individual outlets can be set on a schedule, ensuring power isn’t being wasted when the devices aren’t in use. 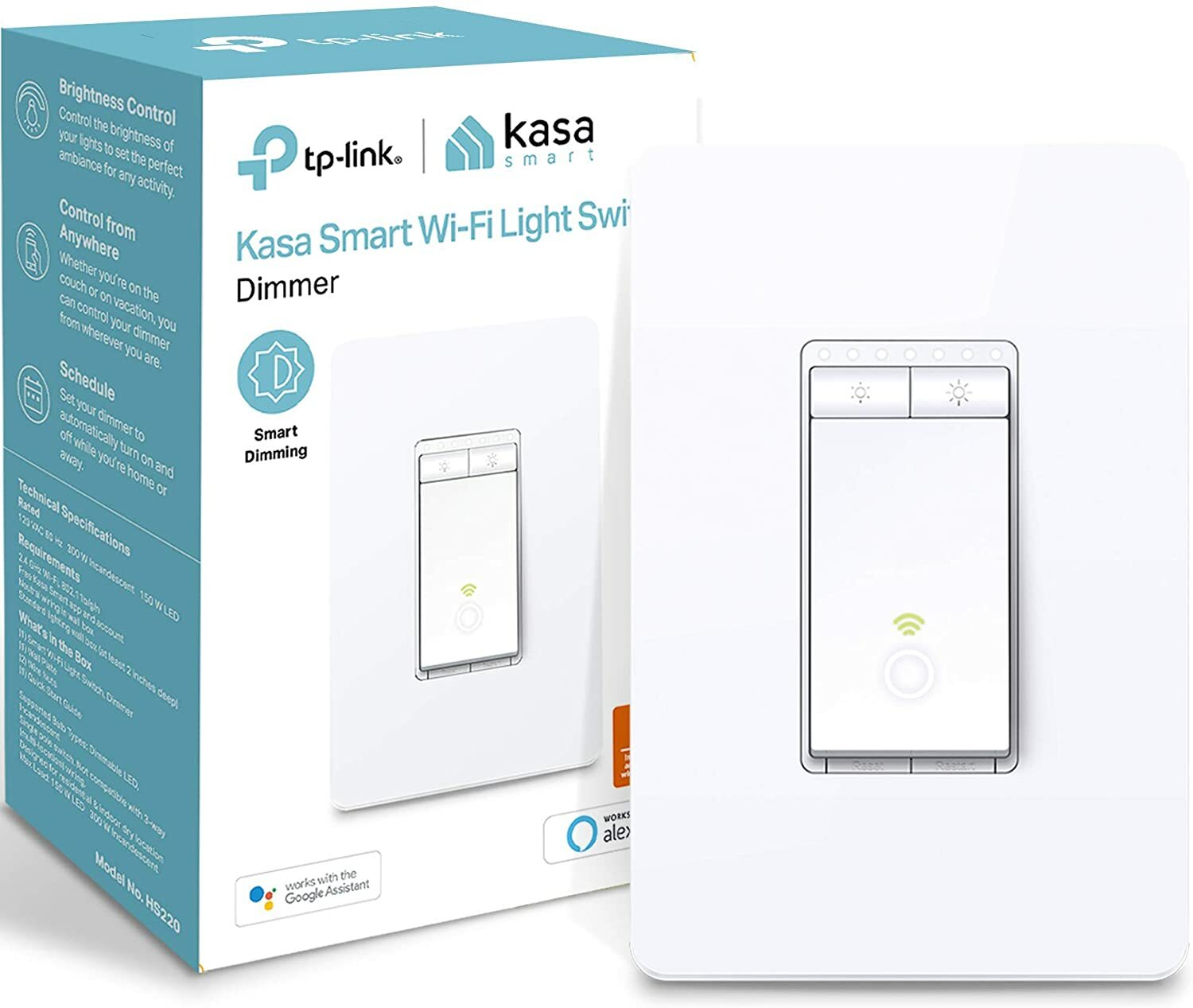 For anyone who wants a smart light switch with a dimmer, Kasa also offers a smart switch with a built-in dimmer. Like the other switch, the lights can be controlled via the Kasa app and smart home devices, but this one also has a dimmer built into the physical switch. 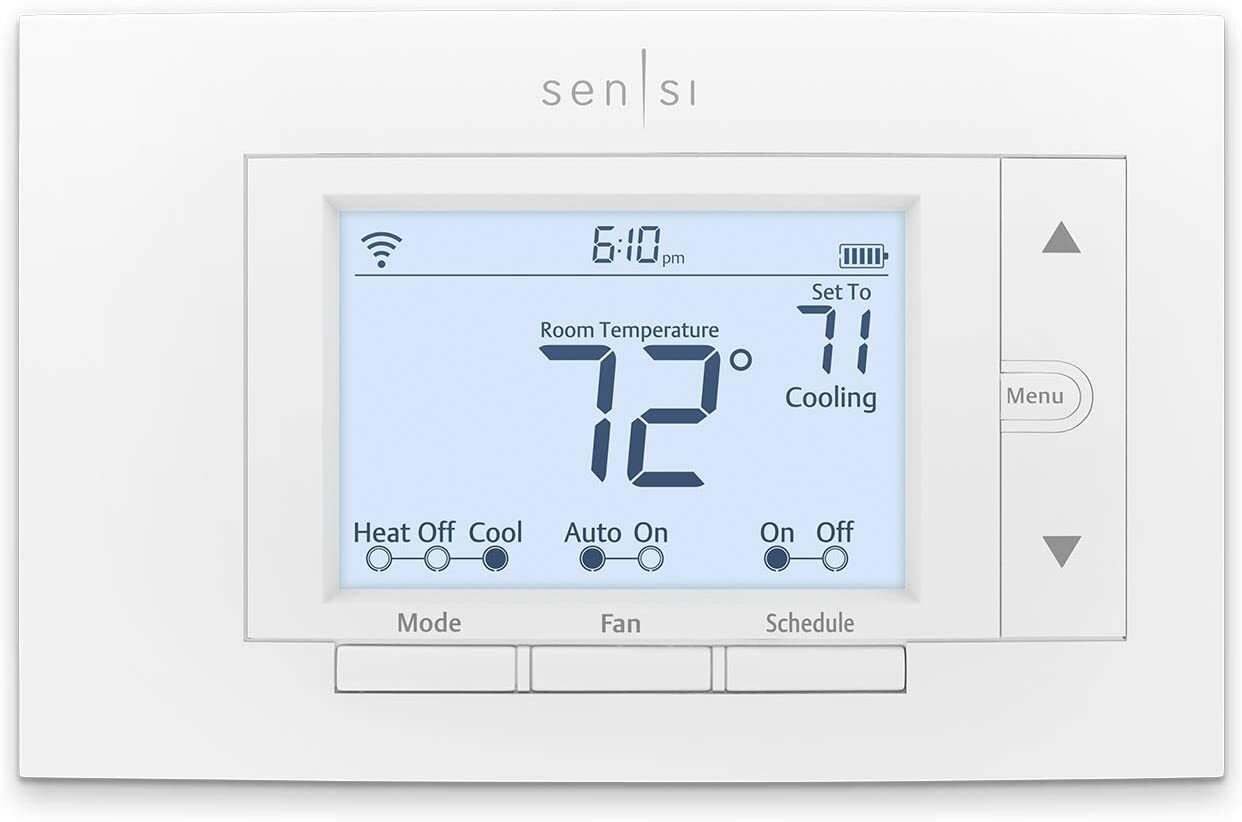 The Emerson Sensi WiFi Smart Thermostat offers the ability to not only remotely control your home’s HVAC system via an app or smart home devices, but it also provides regular usage stats to help conserve power. The thermostat also has the ability to set a weekly schedule, so you can have it automatically adjust the temperature depending on the time of day. 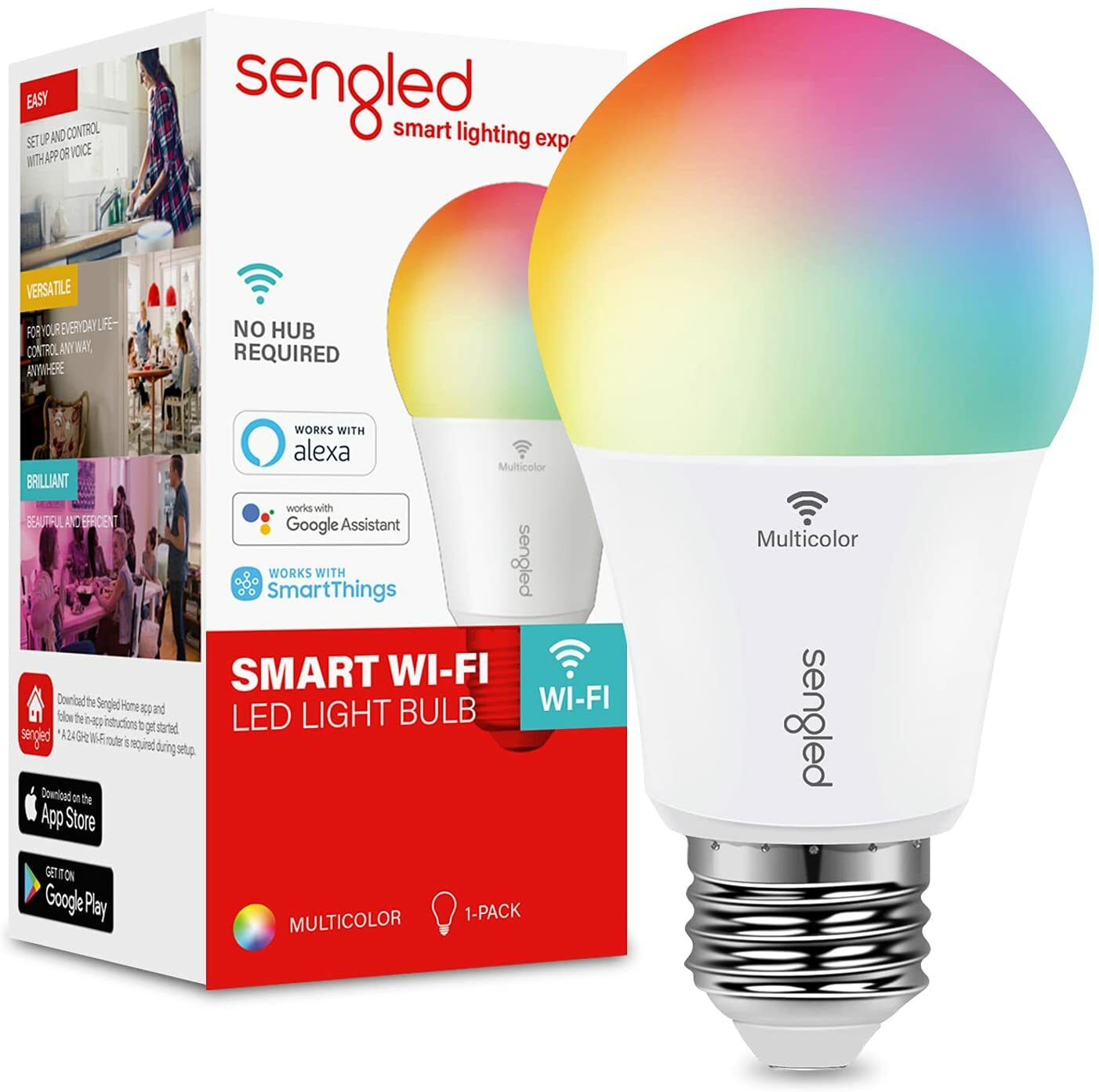 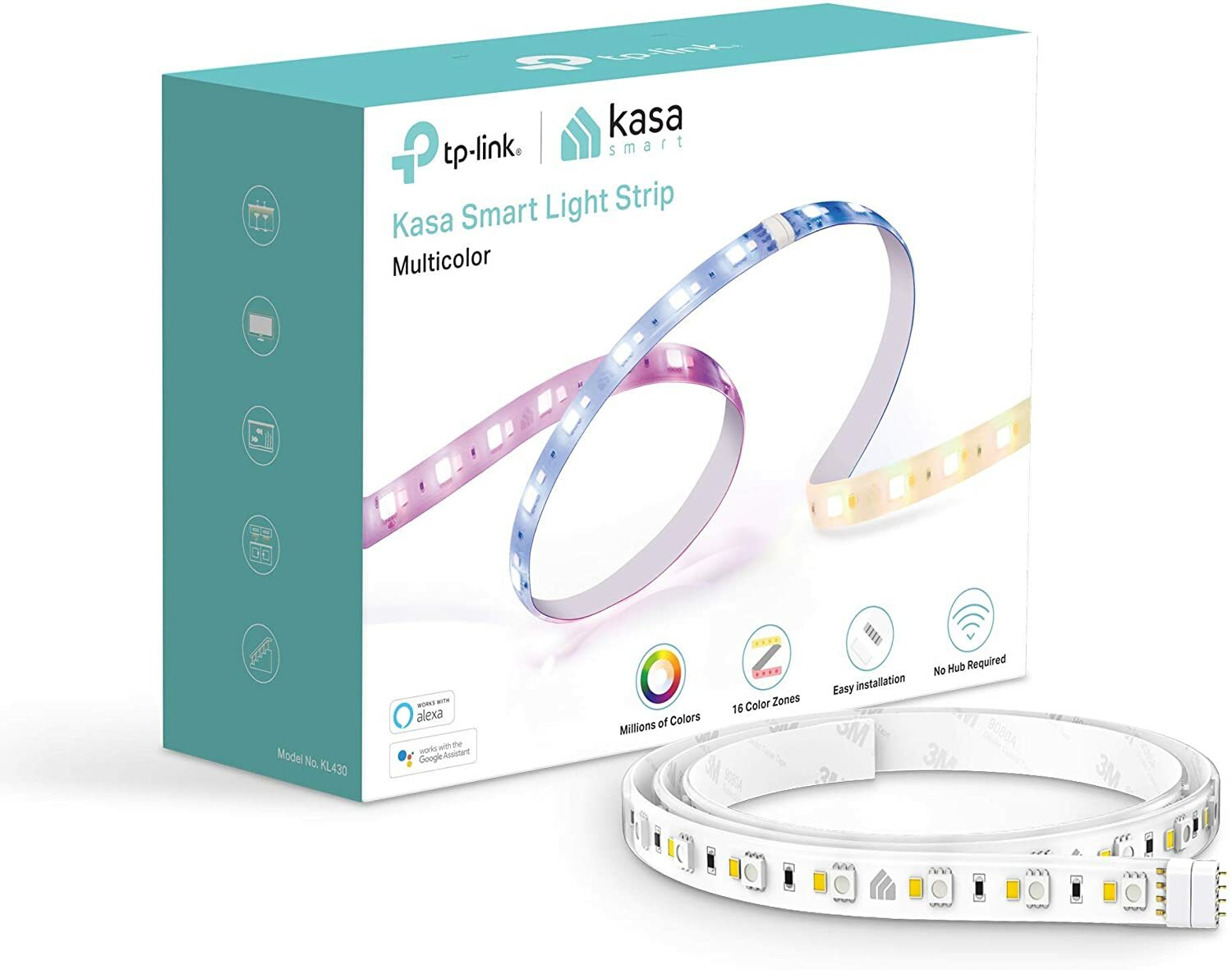 The Kasa Smart LED Light Strip offers the mood-setting of colored light bulbs without the need to swap out light bulbs. The 80-inch LED strip can be extended using the four-prong connector or can be cut at certain places to be made smaller. The LED Strip offers tons of colors and light effects, which can be controlled via the app and smart home devices.