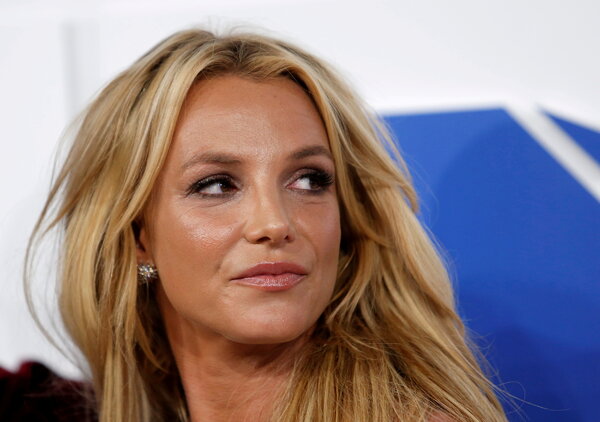 Here’s what you need to know:

In a striking development after more than a decade of public silence regarding the court-approved conservatorship that oversees her life, Britney Spears gave a passionate speech before a Los Angeles probate judge on Wednesday, sharply criticizing her father, as her parents and their lawyers listened on.

“I’ve been in denial; I’ve been in shock; I am traumatized,” Ms. Spears said, during a remote hearing. “I just want my life back.”

Ms. Spears said she wants the conservatorship to end “without having to be evaluated.”

“I truly believe this conservatorship is abusive,” the singer said. “I don’t feel like I can live a full life.”

Speaking from prepared statements, Ms. Spears said, “I haven’t been back to court in a long time because I don’t think I was heard on any level when I came to court last time.”

She said she didn’t know she could petition to end the conservatorship. “I’m sorry for my ignorance,” she said, “but I didn’t know that.” She explained, “It’s embarrassing and demoralizing what I’ve been through, and that’s the main reason I didn’t say it openly. I didn’t think anybody would believe me.”

The move came after the singer’s court-appointed lawyer in the conservatorship, Samuel D. Ingham III, requested in April that Ms. Spears be allowed — on an expedited basis — to address the judge directly. Last year, Mr. Ingham began requesting substantial changes to the conservatorship on behalf of Ms. Spears, including stripping power from her father, James P. Spears, who has long overseen her personal life and finances.

After a brief recess, Vivian Lee Thoreen, a lawyer for Mr. Spears, read a brief statement on behalf of her client: “He is sorry to see his daughter suffering and in so much pain,” she said. “Mr. Spears loves his daughter, and he misses her very much.”

In the years since a judge gave the father of Britney Spears broad control over her life and finances, concerned fans have questioned how the court could continue to deem her unable to protect and care for herself despite the fact that she was still a performing pop star.

Her father and others involved in the conservatorship maintained that it was a smooth-running machine that had rescued her from a low point and benefited Ms. Spears, and that she could move to end it whenever she wanted.

All the while, she stayed largely silent on the subject in public.

But now, confidential court records obtained by The New York Times reveal that Ms. Spears, 39, expressed serious opposition to the conservatorship earlier and more often than had previously been known, and said that it restricted everything from whom she dated to the color of her kitchen cabinets.

“She articulated she feels the conservatorship has become an oppressive and controlling tool against her,” a court investigator wrote in a 2016 report. The system had “too much control,” Ms. Spears said, according to the investigator’s account of the conversation. “Too, too much!”

Ms. Spears informed the investigator that she wanted the conservatorship terminated as soon as possible. “She is ‘sick of being taken advantage of’ and she said she is the one working and earning her money but everyone around her is on her payroll,” the investigator wrote.

In 2019, Ms. Spears told the court that she had felt forced by the conservatorship into a stay at a mental health facility and to perform against her will.

The legal battle over who should control Britney Spears’s finances and personal life returned to the courtroom on Wednesday after she asked to address the Superior Court in Los Angeles directly — a rare move she had requested on an expedited basis.

James P. Spears, the singer’s father, was appointed her conservator in 2008, following a series of public struggles and concerns around her mental health and substance abuse. This week The New York Times reported that Ms. Spears, 39, had expressed serious opposition to the conservatorship earlier and more often than had been known.

What is a conservatorship?

Sometimes known as a guardianship, a conservatorship is a complex legal arrangement typically reserved for those who are old, ill or infirm. A representative is designated to manage the person’s affairs and estate if that person is deemed unable to take care of themselves or susceptible to outside influence or manipulation.

Ms. Spears has lived under a conservatorship since 2008, after a string of public meltdowns that were captured by the ever-present paparazzi and aggressively covered by the media. For more than a decade, Ms. Spears’s father, known as Jamie, has overseen much of his daughter’s financial and personal life as one of the conservators.

The appointed conservators have control over everything from Ms. Spears’s mental health care to where and when she can travel.

Conservatorships are designed to be a necessary last resort to protect the vulnerable. Representatives for Mr. Spears have said that his stewardship over his daughter’s career probably saved her from financial ruin. He said in court filings that his “sole motivation has been his unconditional love for his daughter and a fierce desire to protect her from those trying to take advantage of her.”

Mr. Spears stepped back from his role as his daughter’s personal conservator in 2019, citing health problems; a professional conservator took his place temporarily. The current court battle revolves around control over Ms. Spears’s estate.

What does Britney Spears want?

For years, Ms. Spears had been relatively silent on the subject of her conservatorship in public, but the newly obtained records reveal that the pop star had been speaking up through communications with the court.

As early as 2014, in a hearing closed to the public, Mr. Ingham said Ms. Spears wanted to explore removing her father as conservator. She told the court investigator who wrote the 2016 report that her father was “obsessed” with her and wanted to control everything about her. And last year, Mr. Ingham told the judge that Ms. Spears was “afraid of her father,” who remains a steward of her nearly $60 million fortune.

As Britney Spears made an anguished speech in court about the control exerted over her life for years, fans, observers and fellow pop stars responded with shock to the details that trickled out from the hearing in Los Angeles, sending messages of support and solidarity.

In the hearing, Ms. Spears said she believed that the conservatorship — a legal arrangement that controls her personal life and finances — was “abusive” and that she had not been able to live a full life.

Midway through Wednesday’s hearing, after Ms. Spears had finished her prepared testimony, the singer Mariah Carey urged her to “stay strong.”

Devoted fans on social media who have long suspected that Ms. Spears was not happy with the arrangement commended Ms. Spears for speaking up and reacted with disgust to parts of her account.

The singer Halsey wrote on Twitter that she admired Ms. Spears’s courage in speaking up and hoped that she would be freed from the “abusive system.”

Bless Britney and I hope with my whole heart she is awarded freedom from this abusive system. She deserves it more than anything. I admire her courage speaking up for herself today.