Home » Cocktail of prostate drugs could shrink tumours and cuts deaths by a QUARTER, trial shows

By Shaun Wooller Health Correspondent For The Daily Mail

Thousands of men could benefit from a new combination of prostate cancer drugs which cut deaths and shrink tumours.

Patients given two different pills were three times more likely to experience complete remission than those given only one, a trial found.

They were also 23 per cent less likely to die or see their tumour grow or spread.

Doctors at the Institute of Cancer Research and The Royal Marsden NHS Foundation Trust described their findings as ‘promising’.

And they believe it could improve treatment for more than 10,000 men a year who have advanced prostate cancer with a faulty PTEN gene.

However, half of advanced prostate cancers do not have it, meaning they tend to be more aggressive and have a worse outcome.

The research, published in The Lancet, involved 1,101 men in 26 countries.

All patients had advanced prostate cancer and had received no previous treatment, and half had tumours without a fully-functioning PTEN gene.

Some participants were given both the existing drug abiraterone, which is standard treatment for many men, and the experimental drug ipatasertib. 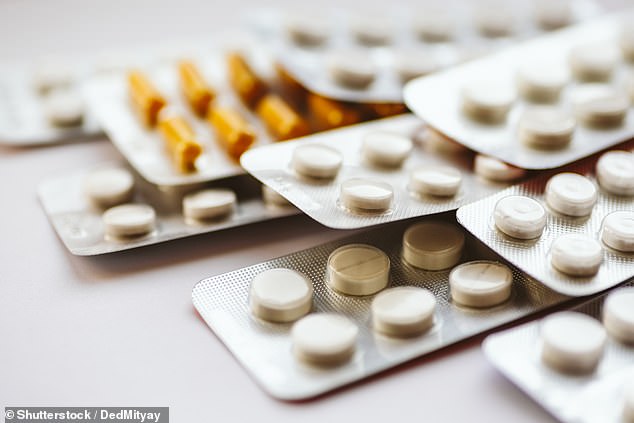 Patients given two different pills were three times more likely to experience complete remission than those given only one, a trial found (stock image)

Others received just abiraterone and a placebo.

However, two drugs proved no better than one when tumours had a fully-functioning PTEN gene.

Professor Paul Workman, chief executive of the ICR, praised the findings, saying the combination could ‘extend the time before men’s prostate cancer worsens’ so that ‘they can spend as much time as possible with their loved ones’.

The Daily Mail has long campaigned for better awareness, treatment and diagnosis of the disease.