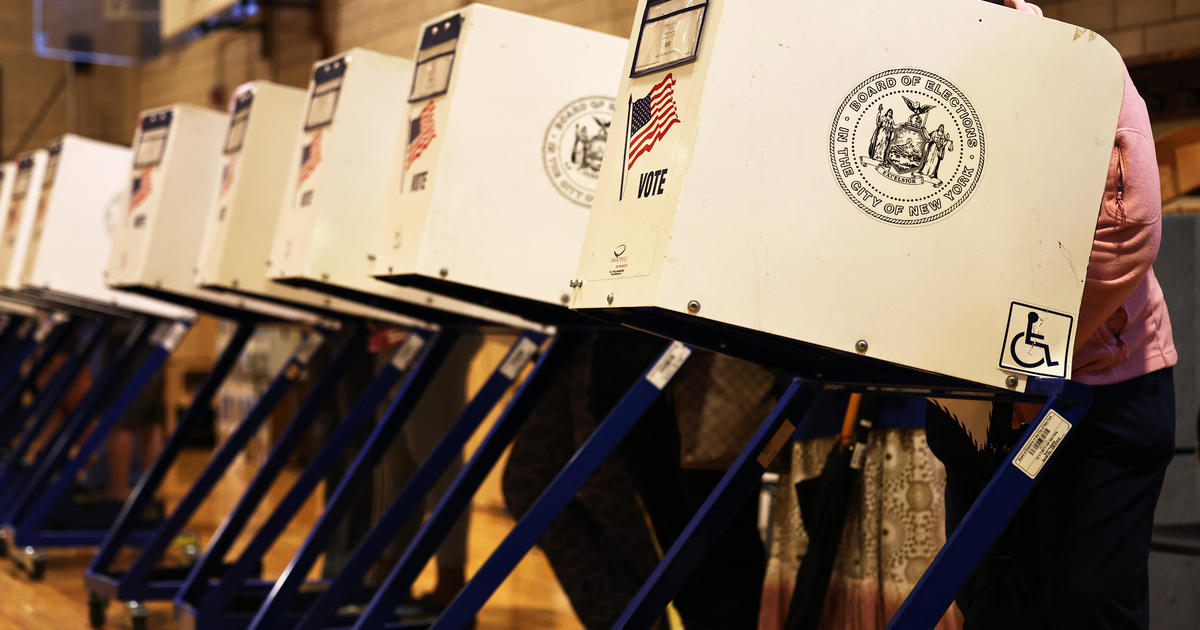 New York City’s Democratic mayoral primary is facing major questions Tuesday night after the city’s Board of Elections acknowledged a “discrepancy” in unofficial ranked-choice voting results that had been released earlier in the day. The board said in a statement late Tuesday that it accidentally included thousands of test ballots in the results.

The chaos started when the tabulations released Tuesday afternoon showed about 940,000 in-person votes were cast, a major jump from the 800,000 that were reported on June 22. The city’s results from primary  night suggested that 96% of the in-person votes had been counted.

The unofficial and incomplete results that were released earlier Tuesday showed ranked-choice voting tabulations from votes cast on primary day and during early in-person voting. They did not include approximately 125,000 absentee ballots.

The board said earlier on Tuesday that it was aware of “a discrepancy in the unofficial (ranked-choice voting) round by round elimination report.” In a statement released Tuesday night, the board said that test ballots were accidentally included in the results.

“It has been determined that ballot images used for testing were not cleared from the Election Management System,” the board said. “Board staff has removed all test ballot images from the system and will upload election night results, cross-referencing against election night reporting software for verification. The cast vote record will be regenerated and the (ranked-choice voting) rounds will be retabulated.”

The statement added the board has taken action to “ensure the most accurate up to date results are reported.” The results page on the board’s website was updated late Tuesday to say that “unofficial rank choice results” would be available “starting on June 30.”

“The vote total just released by the Board of Elections is 100,000-plus more than the total announced on election night, raising serious questions,” Adams said in a statement. “We have asked the Board of Elections to explain such a massive increase and other irregularities before we comment on the Ranked Choice Voting projection. We remain confident that Eric Adams will be the next mayor of New York because he put together a historic five-borough working class coalition of New Yorkers to make our city a safer, fairer, more affordable place.”

Later Tuesday, after the Board of Elections pulled the inaccurate results, Adams released a statement saying he looked forward to the release of an accurate simulation and “the timely conclusion of this process.”

This is the first citywide primary in New York City to use ranked-choice voting. Voters were able to rank up to five candidates on their ballots. In this system, the candidate who receives the fewest first-choice votes is eliminated and his or her supporters’ votes are reallocated based on other selections. That process of elimination and redistribution is repeated until two candidates remain and the candidate with the most votes wins.

The preliminary results released on Tuesday afternoon, which were later taken down by the Board of Elections, showed Adams with a 2-point edge over former Sanitation Commissioner Kathryn Garcia in the final round. Even before the issues with Tuesday’s results, it was expected to take until July to know the winner because of New York’s absentee ballot rules. The New York City Board of Elections was already planning to release updated ranked-choice voting results on July 6 to include absentee ballots.

Veteran election lawyer Jerry Goldfeder said he’s hopeful that the board can fix any glitches that may exist, but acknowledged that hand-counting the ballots is an option.

“If that’s the only way to get an accurate result, as nineteenth-century as it sounds, we’ll do it,” Goldfeder said.

In a statement released late Tuesday night, Garcia said the board’s release of incorrect data was “deeply troubling and requires a much more transparent and complete explanation.” She added that she’s confident that “every candidate will accept the final results and support whomever the voters have elected.”

Civil rights attorney Maya Wiley, who was in second place after first-choice in-person votes were released on primary night, said it is “impossible to be surprised” given the board’s history with issues. “The BOE must now count the remainder of the votes transparently and ensure the integrity of the process moving forward,” she said.

According to exit polling released by Common Cause New York and Rank the Vote NYC, 83% of voters ranked at least two candidates on their ballots in the mayoral primary and 42% of voters ranked five candidates. Ninety-five percent of New Yorkers said they found the ballot easy to complete and 77% said they would like to use ranked-choice voting in future local elections.

“The BOE has now clarified that the discrepancy in the count was due to human error, not any problem with the technology or ranked choice voting. We are not at all happy that it happened, but it was a mistake that the BOE is moving to correct,” Susan Lerner, executive director of Common Cause New York, said in a statement. “The long time opponents of RCV seizing this moment to attack a more democratic system of elections — that exit polling shows voters overwhelmingly support — are misguided, and misleading the public.”

New York City’s Board of Elections has started processing absentee ballots. Ballots had to be postmarked by June 22, but Tuesday was the deadline for them to arrive. The city is expected to redo the ranked-choice voting tabulation with absentee results on July 6. Voters have until July 9 to cure any deficiencies with absentee ballots, meaning the final results may not come until July 12.

As the Board of Elections works to solve the issue, Goldfeder said people need to remain patient and withhold judgement.