Covid patients will get head lice drug ivermectin in trial

Scientists will begin giving people with Covid symptoms ivermectin to determine whether it can help infected patients to recover at home.

Oxford University researchers are leading leading the trial of the antiparasitic drug, which can cost as little as £1.50 for a course of treatment.

Ivermectin is already used in around 20 countries to treat Covid but is only licensed in the UK as a treatment for parasitic worms, head lice, scabies and rosacea.

The study is part of the Oxford PRINCIPLE trial, which aims to find treatments to slow or stop the progression of the virus.

Experts hope to find treatments that will prevent people most at risk falling seriously ill from Covid from needing hospital care.

Boris Johnson has already pledged to help discover at-home Covid remedies, with ministers hoping infected Britons will be able to get pills to beat symptoms of the disease this autumn. 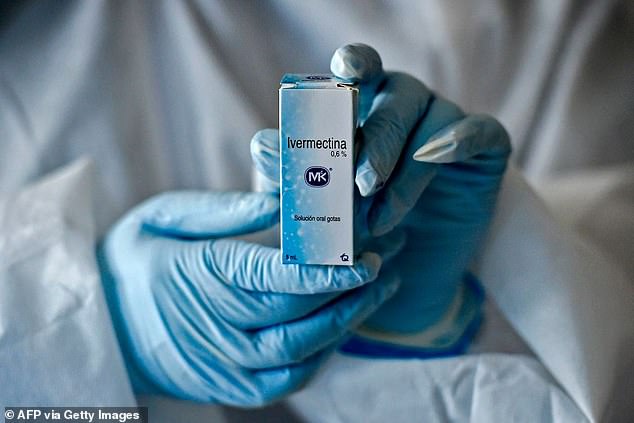 Ivermectin can cost as little as £1.50 per treatment and is licensed in the UK to treat parasitic worms, head lice, scabies and rosacea

What ivermectin and can it REALLY treat Covid?

Ivermectin is an anti-parasitic drug developed during the 1970s.

What is it used for?

Today the medication is prescribed for treating scabies, head lice and rosacea.

The National Institute for Health and Care Excellence (NICE), the UK health watchdog, recommends it should also be given for round worm infections.

Can it REALLY treat Covid-19?

The jury is out on whether it can provide a ‘miracle cure’ for Covid.

Analysis of 11 studies has suggested it can cut the risk of death and recovery times in infected patients.

But scientists have cautioned these results are preliminary, and said more data is needed before any concrete conclusions can be drawn.

The jury is still out on whether ivermectin can treat Covid.

An analysis of 11 studies has suggested it cuts the risk of death in infected patients and helps them recover quicker.

But scientists say results are preliminary, and have called for more data before any concrete conclusions can be drawn.

The majority of scientific drug studies so far have focused on saving lives.

There are currently no at-home therapies for the infection that are routinely used by the NHS. People who aren’t severely ill are told to rest and take paracetamol or ibuprofen.

But the Oxford scientists behind the trial hope to uncover at-home remedies that prevent infected patients from being hospitalised.

Laboratory studies have found ivermectin can stop Covid from spreading.

And some small studies showed taking the drug shortly after catching the virus can reduce the viral load and how long symptoms last in patients.

But the researchers said there is ‘little evidence’ from large-scale randomised controlled trials to show that it works.

Despite the lack of robust evidence, more than 20 countries, including Greece, Bulgaria and Slovakia, include ivermectin in their Covid treatment programmes.

Professor Chris Butler, joint chief investigator of the PRINCIPLE trial, said: ‘Ivermectin is readily available globally, has been in wide use for many other infectious conditions so it’s a well-known medicine with a good safety profile, and because of the early promising results in some studies it is already being widely used to treat Covid in several countries.

‘By including ivermectin in a large-scale trial like PRINCIPLE, we hope to generate robust evidence to determine how effective the treatment is against Covid, and whether there are benefits or harms associated with its use.’

People with Covid symptoms in the UK can join the study online or by ringing up.

The trial is open to all over-65s, as well as 18-64 year olds who have an underlying health condition or are struggling to breathe with Covid.

Participants must be within the first 14 days of experiencing Covid symptoms or receiving a positive test.

If participants pass a screening questionnaire they will randomly be assigned to receive a three-day course of ivermectin and will be followed-up with for 28 days. 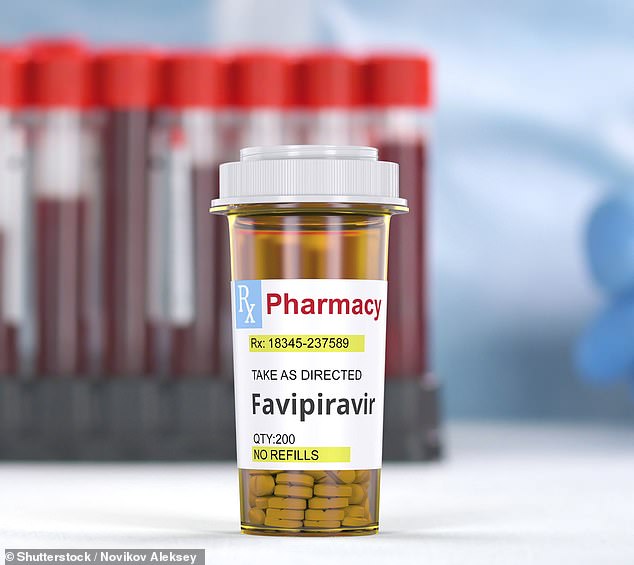 Oxford scientists are also trialling influenza drug favipiravir, which has been licensed in Japan since 2014

These participants will be compared to those who did receive the drug.

The study – which is the world’s largest for identifying possible treatments for recovering from coronavirus outside of hospital – has so far recruited more than 5,000 volunteers from across the UK.

Last April, the trial was awarded a £1.7million share of the £24.6million fund from the National Institute for Health Research to support research into Covid.

The Prime Minister announced in April that he was assembling a team of scientists to find ways for people to recover from the virus without going into hospital because the UK must ‘learn to live with this disease, as we live with other diseases’.

Top experts — including Professor Chris Whitty and Sir Patrick Vallance — have said throughout the pandemic that we need to learn to live with Covid like we do with flu because it will be impossible to completely eradicate.

So far, experts around the world have remained unconvinced that ivermectin can be used to fight Covid.

The European Medicines Agency, which supervises medical products in the EU, said in March that the latest evidence did not support taking ivermectin to prevent or treat Covid.

It warned lab studies reporting that the drug could prevent the virus from spreading were taking ‘much higher’ doses of the tablet than currently authorised.

The US Food and Drug Administration, the medicines watchdog, also warned that it had not approved the treatment for coronavirus and taking large doses of the drug could cause ‘serious harm’.

In April, the World Health Organization said ivermectin’s effectiveness in reducing death rates and avoiding hospitalisation was ‘very uncertain’, due to the risk of bias in trials and the low number of patients studied.

The Oxford scientists are also trialling favipiravir, an anti-viral that has been used since 2014 in Japan to treat influenza.

The scientists said in January that azithromycin and doxycycline were ‘generally not effective’ against the virus in patients treated at home.

But their trial of budesonide — which is an inhaled steroid typically used to treat lung inflammation — was found to speed up recovery by three days.

Hydroxychloroquine, the controversial anti-malaria drug touted by Donald Trump, was originally part of Principle but was suspended in May. Other studies have ruled out colchicine.