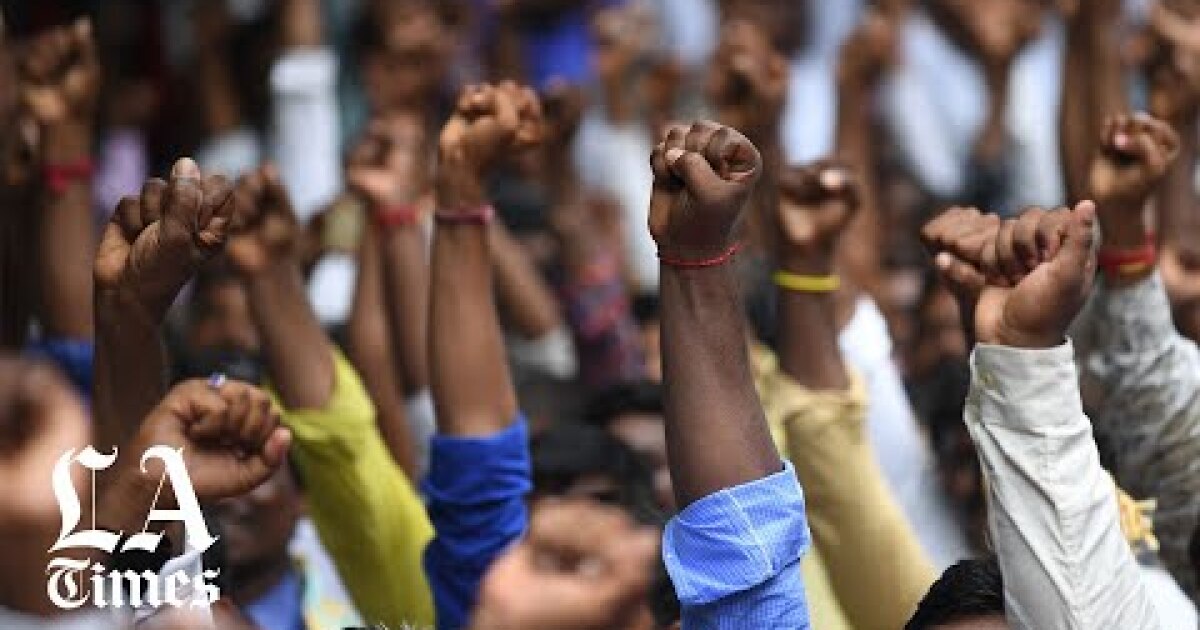 SAN FRANCISCO — Prem Pariyar believed he had left caste oppression behind when he moved from Nepal to the United States.

Here, he would no longer be targeted as an “untouchable.”

But as a restaurant worker in the Bay Area, Pariyar said, he endured some of the same discrimination and exclusion he faced in his home country. He was ordered to chop up a large sack of onions in less than an hour, and when he had to share an apartment with other Nepali immigrants, he was barred from sharing a bedroom with those of a dominant caste.

While doing social work in Nepal, he had spoken out publicly to protect Dalits, as members of oppressed castes call themselves. In California he found he had to assume the role of activist once again.

In a year when Black Lives Matter and anti-Asian-hate movements have raised awareness of systemic racism and discrimination, many Dalit activists have taken a collective stance to address the intolerance and violence that have followed them into their professional and educational careers in the United States. Formerly known as untouchables, Dalits fall at the bottom of a centuries-old South Asian social hierarchy that affects the lives of over a quarter of a billion people worldwide, including many in the U.S.

By tradition, caste is handed down at birth and determines a person’s social status based on so-called spiritual purity. In this feudal system, those deemed impure are excluded from all spheres of life, including access and opportunity to education and work.

Although caste discrimination is officially banned in India and other countries in the region, the practice continues among South Asian communities.

According to the advocacy group Human Rights Watch, “police continue to detain, torture, and extort money from Dalits without much fear of punishment.” The group says Dalit women are disproportionally raped and forced into prostitution.

Though a person may not reveal their caste background, that silence won’t necessarily spare them from discrimination because certain surnames or professions are associated with particular castes, as are geographic areas.

“We view ‘untouchable’ as an epithet,” said Thenmozhi Soundararajan, founder of Equality Labs, a nonprofit organization focused on ending what it calls caste apartheid. “No one gets to determine our positions toward God, and that’s why we call ourselves Dalit. It means one who is broken but also one who is resilient.”

Pariyar embodies that resilience. He earned a bachelor’s degree in education in Nepal and came to the U.S. in 2015 to seek asylum after being persecuted by dominant-caste people because he had decried caste atrocities in Nepal.

In time he was able to leave his restaurant job and become a student at Cal State East Bay in Hayward, where he earned a master’s degree in social work. Soon, Pariyar said, he faced ostracism on campus too. Nepali students kept their distance, and a dominant-caste classmate from India blocked his attempts to organize a conference on campus around Dalit rights. The conference was never held.

But the practice of untouchability has been documented in the United States by Equality Labs.

In 2016, the nonprofit conducted a survey of 1,500 South Asians in the United States and found that 1 in 3 Dalit students surveyed reported being discriminated against during their education in the U.S. and 2 out of 3 Dalits said they had been treated unfairly at their workplace in the U.S.

On June 30, 2020, the California Department of Fair Employment and Housing filed a federal lawsuit against Cisco Systems for alleged caste-based discrimination against a Dalit engineer by two dominant-caste managers. Without explanation, the department later dropped the suit in federal court and refiled in state court, where it is pending.

In a statement, Cisco said it did not tolerate discrimination and took complaints of mistreatment seriously.

“While caste is not currently protected under U.S. discrimination laws, we support legislative efforts to ensure a fair and equal workplace for all,” the statement said. “In this case, we thoroughly and fully investigated the employee’s concerns and found that he was treated fairly, highly compensated, and afforded opportunities to work on coveted projects. If we had found any discrimination or retaliation, we would have remediated it.”

“The tech industry has been a bastion of caste bigotry,” said Soundararajan. Her organization heard from scores of tech workers who said co-workers or supervisors discriminated against them because of their caste. “We had 250 complaints,” she said, “and it was every single tech company you could imagine.”

Soundararajan shared screenshots of casteist comments from Blind, an anonymous tech forum. Some writers left crude remarks about Dalits, while others argued there was nothing wrong with the caste system.

“How can caste be derogatory? It’s beyond me. Caste is nothing different from surname. It’s like ethnicity. Unless you are not proud of your ethnicity, no need to be ashamed of your caste. I for example am proud to be of a Brahmin background.”

Soundararajan points out that many tech companies have Indians in leadership positions who are primarily Brahmin, or upper caste.

“There’s no way that they don’t understand the ramifications of caste,” Soundararajan said. “And what’s ironic is many of these companies in their operations in India and South Asia do have caste as a protected category. They just have refused to implement that at a global level, which has now created active harm for their caste-oppressed employees here in the United States.”

Tech companies — Microsoft, Facebook, Google, Apple and Twitter, among them — say they do not tolerate discrimination in the workplace and that their anti-harassment policies cover mistreatment based on caste.

Some tech workers are speaking out against caste discrimination in the U.S. In April, the newly formed Alphabet Workers Union released a statement in support of the lawsuit filed by the California Department of Fair Employment and Housing against Cisco. The statement includes the Google parent company’s anti-discrimination policy in India, which includes caste as a protected category but points out that caste is excluded in the U.S. and encourages the company to commit to caste equity.

“Much of our journey that we have to do as a community is to begin to have open conversations about these taboo fault lines,” she said, “and be honest that the problems are occurring, so we can work together to find the remedies.”

After years of Dalit-led community organizing, the Cal State Student Assn. passed a resolution in April seeking a ban on caste-based discrimination at its 23 campuses, representing nearly half a million students in California.

Pariyar, 37, has been a driving force in the movement to ask for caste protections from one of the largest public university systems in the United States. A Cal State spokesperson, providing few details, said the resolution was under discussion.

He recalled his first memories of being excluded as a child when his teacher asked him to bring a jug of water to the classroom. She took a sip. When fellow students outed him as an “untouchable,” he said, she spit out the water.

All the students started laughing.