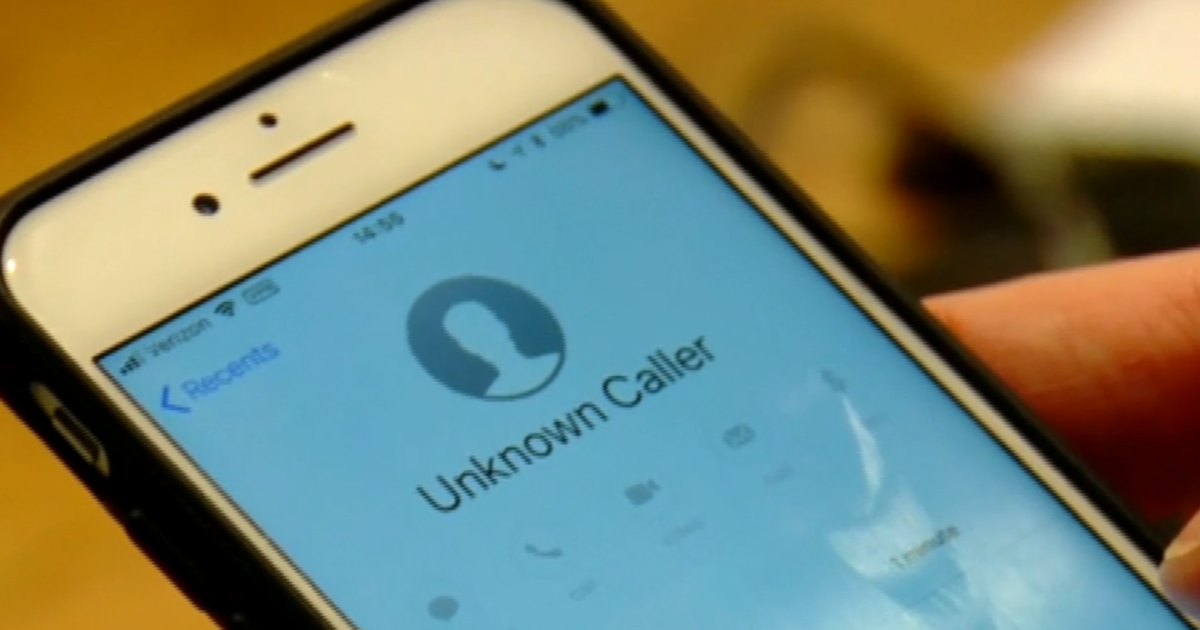 Wireless companies have had until the last day of June to implement call authentication technology to stop robocalls. They must tell the Federal Communications Commission whether they are complying with the agency’s requirements — risking possible penalties.

An estimated 4 billion robocalls rung in on people’s cellphones in the month of May alone — 12 calls per person on average, according to anti-fraud app company Youmail.

The deadline comes under new Acting FCC Chairwoman Jessica Rosenworcel, a lawyer who wants wireless carriers to know she’s serious about cracking down.

“Oh my gosh, they’re so annoying,” Rosenworcel said of robocalls to CBS News Consumer Investigative Correspondent Anna Werner. “We want to stop robocalls and make it easier for consumers to safely answer the phone.”

Rosenworcel said the new FCC regulation is a “crucial” step to stopping scammers.

“What that means is when a call is being made, a carrier can tell that it really is the person who they say they are on the line,” she said.

In April, the FCC required wireless companies to report whether they’re complying under penalty of perjury.

“I want you on record saying that you are doing these things to stop robocalls. And if you lie to us, we’re going to come after you,” Rosenworcel vowed.

“We’re seeing ten billion dollars worth of fraud a year against consumers, not to mention three billion dollars a year in wasted time from you and me answering all these stupid phone calls,” Murray said. “So I think that the FCC has finally heard enough from enough aspects of our society that they’re done.”

Phone companies say they are well on their way. In a statement, industry group CTIA says nationwide providers have already implemented call authentication protocols and call-blocking solutions, and the industry is “…unwavering in its commitment to protect American consumers from illegal and unwanted robocalls…”

Rosenworcel believes these moves should have come earlier, and she doesn’t hesitate to fault former chairman Ajit Pai and the Trump administration.

“The last four years we saw a huge rise in the number of robocalls, but I don’t think we saw an equivalent rise in our enforcement and our activity to stop them,” she said.

Pai responded to CBS News in a statement that the previous FCC “took unprecedented steps to protect consumers from the scourge of unwanted robocalls.”

He said he looks forward “to seeing what the current FCC does…given that robocalls and spam texts have gone up dramatically since January 2021.”

Rosenworcel vowed to not “stop until these calls stop.”

“We are going to try to be as creative as possible with the laws we have,” she said. “And if that fails us, we will go to Congress and press for more laws because we’ve got to stop these calls.”

The next target date is September, when any carriers who did not report to the FCC could theoretically have their calls blocked, but Rosenworcel said she will be making some assessments along the way.

Even if the vast majority of robocalls stop, scammers are likely to find other ways to reach out — including social media and text messages.