The U.S Food and Drug Administration (FDA) defended its controversial decision to approve the first new Alzheimer’s drug since 2003 this week.

Aducanumab, which was developed by Biogen and will be sold under the name Aduhelm, received FDA approval at the start of the month, kicking off a tumultuous few weeks.

In the time since, three members of am FDA advisory panel related to the drug’s approval stepped down in protest, and it was revealed the drug will end up being the largest liability of any drug for Medicare.

‘FDA has heard the voices of many patients afflicted with [Alzheimer’s disease] who express a desperate desire for an effective treatment,’ Peter Stein, director of the FDA’s Office of New Drugs, told the Washington Post.

‘In summary, the medical need for new therapies to treat [Alzheimer’s disease], especially ones that target the underlying disease pathology, is substantial and urgent.’ 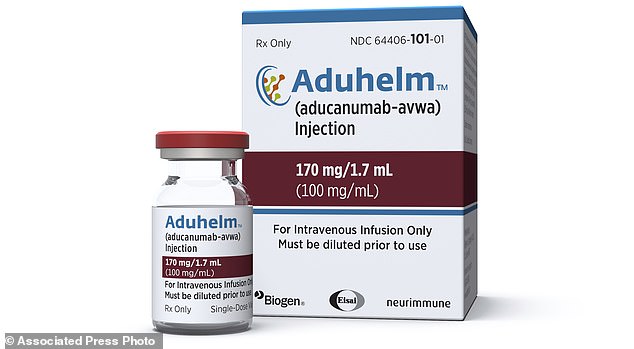 Aduhelm (aducanumab) is the first Alzheimer’s to receive FDA approval since 2003, and is the only drug on the market that could potentially slow down the cognitive decline caused by the disease. Many experts doubt its ability after a rocky trial process, though 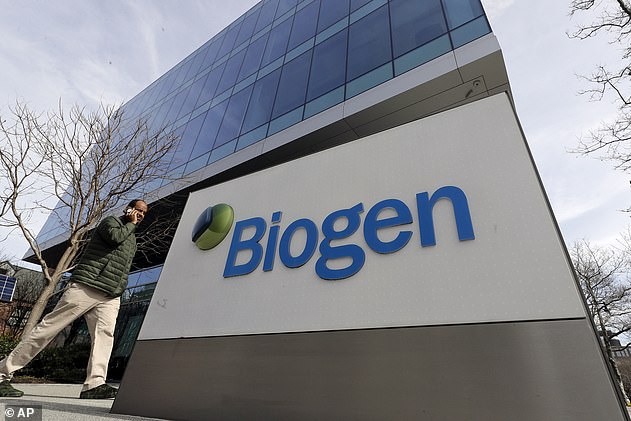 Biogen suffered a rocky trial process with Aducanumab, with two trials both being cut short after failing to hit goals. They still managed to get approval for their drug, though, as some data showed it could slow cognitive decline by up to 22%

Aduhelm has been shown to remove the amyloid beta plaques from the brain that some believe cause the cognitive decline associated with Alzheimer’s.

Because of this, the drug – which has already been used to treat some patients – has received some support from the Alzheimer’s community, though.

Some experts doubt that removing the amyloid beta plaques will do much to slow down cognitive decline, though.

Aduhelm received accelerated approval from the agency rather than full approval, meaning Biogen will still need to perform ongoing clinical trials on the drug.

If data show the drug has value in combatting Alzheimer’s it will receive full approval, but a failed trial could see it pulled from the market.

Janet Woodcock, acting commissioner of the FDA, told The Post on Tuesday that she was ‘fairly confident ‘that the removal of the plaques will help patients and that it is ‘reasonably likely’ the drug will produce clinical benefit.

‘I feel it is a very solid accelerated approval,’ she said.

HOW TO DETECT ALZHEIMER’S DISEASE

Alzheimer’s disease is a progressive brain disorder that slowly destroys memory, thinking skills and the ability to perform simple tasks.

It is unknown what causes Alzheimer’s. Those who have the APOE gene are more likely to develop late-onset Alzheimer’s.

Biogen, which is based in Cambridge, Massachusetts, launched two clinical trials for aducanumab in 2016, according to The Post.

Both were stopped midway because researchers concluded that neither trial would end up reaching its goal.

Later, the company revealed updated data from the second study that showed patients had 22 percent decrease in speed of their cognitive decline.

Advocates say that while the drug is not perfect, it can be the help delay the cognitive decline in the more than six million Americans who have Alzheimer’s.

The drug getting approval could also be a foothold for future research into developing treatments for the condition.

‘This will give us a new biological foothold to build on,’ Stephen Salloway, director of neurology and the Memory and Aging Program at Butler Hospital, told The Post.

‘To get the best in class, you have to have the first in class.’

The Alzheimer’s Association is supportive of the drug as well, hoping that it can provide temporary relief for patients while further drugs are developed.

‘We don’t think this is the end all or be all,’ Harry Johns, president and chief executive of the Alzheimer’s Association, told The Post.

‘It will take more advances, but it does appear from the science that people, especially at early stages, could be real beneficiaries and that the benefits accumulate over time.’

If it does work as advertised, Aduhelm will be the only drug on the market that is able to slow the cognitive decline related to Alzheimer’s.

Critics of the drug say that giving the drug approval too early will hurt patients more than it will help, due to the wasted time and resources that may go into delivering a product that does not work.

They also criticize Biogen’s data conclusion of the second trial, describing it as finding a conclusion then building the process to get there backwards in order to get the results they wanted.

‘The worst thing for people with Alzheimer’s would be to put out a product that doesn’t work,’ Aaron Kesselheim, a professor of medicine at Harvard Medical School, told the newspaper.

‘It will be sold at an extremely high price and waste resources that could go to other things.’

An analysis published by the Kaiser Family Foundation estimated that if just 500,000 Medicare recipients are prescribed Aduhelm, it would cost Medicare nearly $29 billion a year, far more than any other medication. 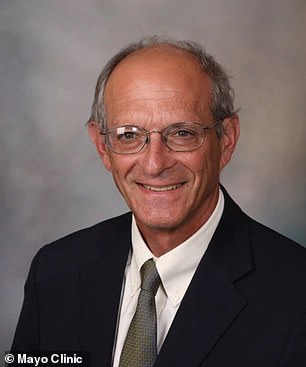 Dr David Knopman (pictured) has been one of aducanumab’s biggest critics, saying that Biogen’s trials of the drug do not show that the drug is effective in combatting Alzheimer’s

‘At this price, the cost of this one drug alone could top all others covered by Medicare, if it is used widely,’ said Tricia Neuman, coauthor of the report.

The drug’s approval came as congressional Democrats are trying to build consensus around legislation that would empower Medicare to negotiate prescription drug prices.

The chairman of the Senate Finance Committee, Democratic Sen Ron Wyden of Oregon, said Thursday the list price for Aduhelm was ‘unconscionable.’

Vermont Sen Bernie Sanders, chair of the Senate Budget Committee, criticized Biogen for the price of their drug as well on Wednesday.

‘There’s absolutely no way Biogen should be allowed to charge patients $56,000 for the new Alzheimer’s drug – costing Medicare up to $29 billion a year. We must take on the greed of the pharmaceutical industry,’ Sanders wrote in a tweet.

Although President Joe Biden has called for granting Medicare negotiating authority, prospects for the bill are uncertain.

Medicare has not made a formal determination on covering the Alzheimer’s drug, but cost traditionally does not enter into such considerations.

The drug’s controversial rollout has also caused three few members of an FDA advisory board to step down from their positions.

David Knopman of the Mayo Clinic, Aaron Kesselheim of Harvard University and Joel Perlmutter of Washington University St Louis all walked away from the board after the drug was given accelerated approval. 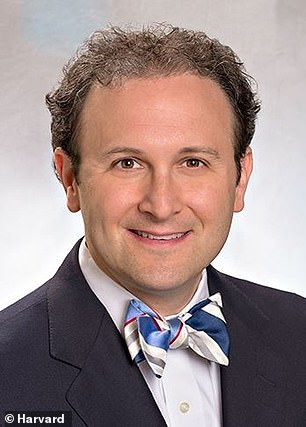 ‘It is clear to me that FDA is not presently capable of adequately integrating the Committee’s scientific recommendations into its approval decisions.’

Knopman authored a study in November which analyzed the results of the clinical trials, and said he disagreed with Biogen’s claim that the drug was effective.

All three men were among the 10 of 11 members of the advisory board that voted against the drug’s approval in November.

Recommendations from the board are not binding, though, and the FDA is allowed to, and often does, make decisions that go against the boards vote.

It is rare that a near unanimous decision by the board is ignored, though, and the agency is generally more conservative that experts on the board – which was not the case with aducanumab.

Many experts recommend for the drug to go through a third trial before gaining approval, but that may take years.