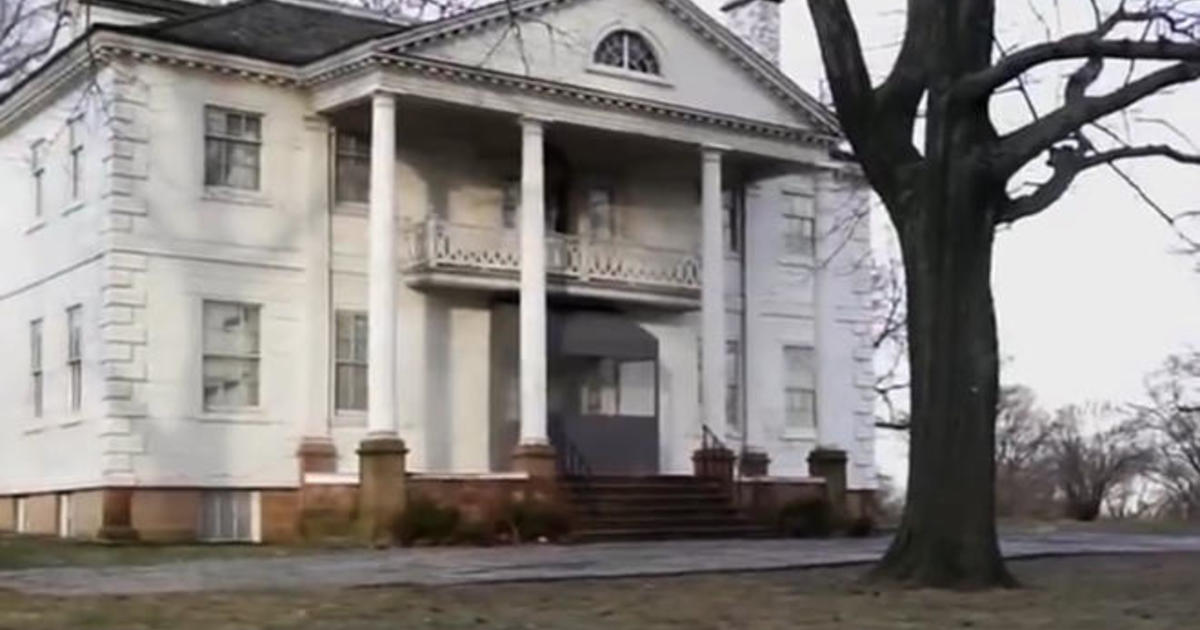 The Morris-Jumel Mansion has stood in New York City since before the Revolutionary War. Built in 1765, the house has served as a war room for Gen. George Washington, and home for Aaron Burr. It’s packed with history … and just as many ghost stories.

“If there are such a thing as ghosts, they are here,” said paranormal investigator Vincent Carbone, who also gives tours at the mansion.

“Sunday Morning” producer Sara Kugel asked, “What kinds of things have you seen?

“I haven’t seen much, but I have heard disembodied voices, footsteps. I’ve heard objects moving. Other staff members have seen things; they have heard things as well.”

“In the paranormal industry there’s a term called the EVP, electronic voice phenomenon,” said Carbone. “That’s a sound or a voice that’s recorded on a digital recording device that you didn’t hear in real time.

“About two years ago we were recording in this room, and about a week after the investigation the team lead sent us this clip and said, ‘Hey, guys, we got something in Burr’s room and I don’t know what it is.'”

Carbone played the video clip. “Notice none of react to it, because we didn’t hear it. But also notice that it’s so loud that it has an echo, much like our voices in the room at that same time.”

Although the sound was isolated from the background noise, Carbone said no one could determine what exactly it is.

And what does the voice say? “Everyone has a different opinion,” he replied. “When I first heard it, I thought it said, ‘He doesn’t love you.’ Some people say, ‘They’re gonna laugh at you.'”

Listen for yourself: Audio of a mysterious shouting voice in Aaron Burr’s bedroom

“Sunday Morning” was still skeptical, so Carbone showed us some of his paranormal investigating gadgets, including an electrical magnetic field meter. It’s a device used to diagnose electrical problems, but it’s also used by ghost hunters who believe spirits tap into energy sources in order to manifest. The closer you are to an electrical field, they say, the brighter its lights become.

Electrical magnetic field meters were brought into Burr’s bedroom. “This furniture is original. This is from France; Eliza Jumel [who was married to Burr] did own this. There is nothing electronic in, around or underneath these pieces of furniture,” Carbone said.

Meters placed on two chairs lit up brilliantly. “I’m not saying that we are definitely capturing a ghost conversation here, but it is pretty interesting. It opens up the dialogue a little bit more,” he said.

Carbone said, “Healthy skepticism is what we want. I would much rather investigate with a room full of skeptics than one person who is truly a believer.”