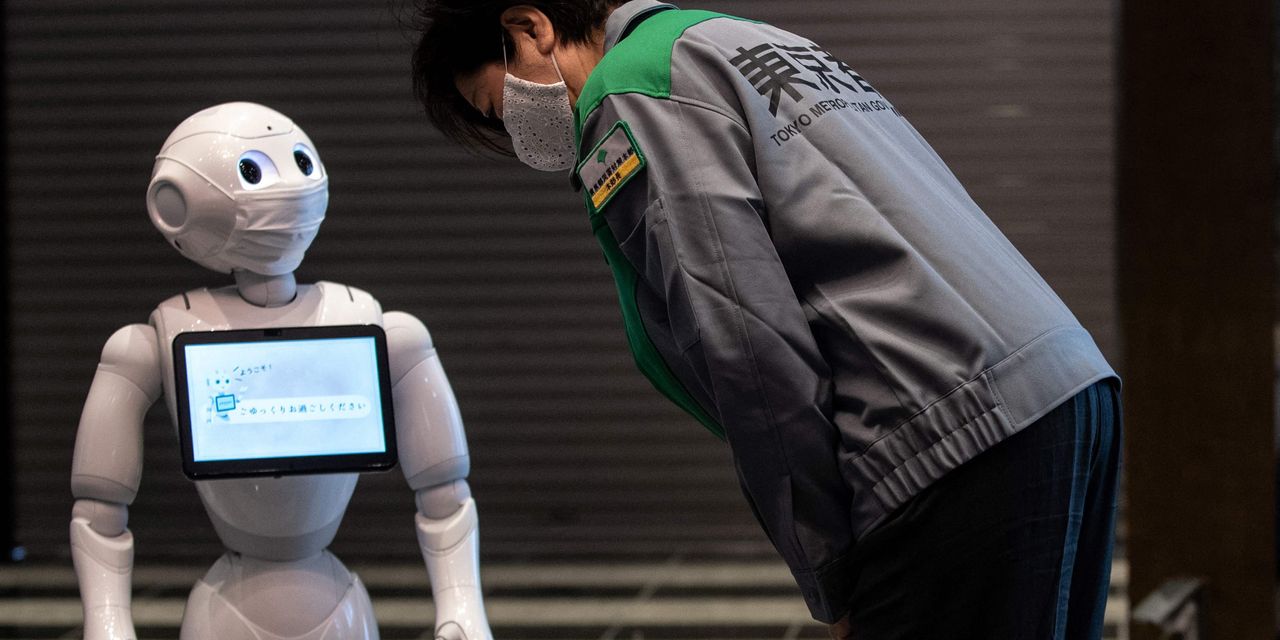 robotics unit said Tuesday it stopped manufacturing a humanlike robot called Pepper in August last year due to a lack of demand for new units.

Pepper is a child-sized humanoid robot that can recognize human faces and emotions, and engage in basic conversation.

SoftBank introduced the robot in 2015 with a price tag of nearly $2,000 in anticipation that robots would become mass-market technology like smartphones for use around the home.

However, most Pepper units ended up being rental models used in SoftBank’s mobile phone shops, as well as hospitals, schools and restaurants, where the robot typically greets diners as they arrive.

A spokeswoman for SoftBank Robotics Group Corp. said the company decided to pause production because it has sufficient inventory of the robots.

Humanoid robots are a common theme in Japanese pop culture but they have yet to become commercially successful.

unveiled a child-sized walking humanoid robot called Asimo in 2000 as a part of the company’s project to develop robots for social uses. Asimo never took off, and its development was discontinued, although the company still continues research into humanoid robots.

had some success with Aibo, a robotic dog that expresses emotions through its movements, after its debut in 1999. After initially halting production in 2006, the company unleashed a new version in 2017.

However, robots that help humans with basic tasks were dealt a setback when a Japanese hotel chain well-known for its use of robots began to replace them with humans a few years ago. The hotel operator found that maintaining the mechanical helpers created more work than it saved.

Pepper has also had its ups and downs. One model was fired from a grocery store in the U.K. for confusing customers.

last year ended its effort to use roving robots in store aisles to track inventory, finding humans could get similar results.

Shigeo Hirose, a professor emeritus at Tokyo Institute of Technology  who is involved in the research and development of robots for decommissioning nuclear plants, said that at the current level of robot technology, “a human worker that can be hired for 1,000 to 2,000 yen [$9-$18] an hour can do the work far more easily than robots, so business owners don’t think they need to introduce robots now.”

Japanese companies have been more successful in the industrial robot business. Robots manufactured by

are used globally to make automobiles, electronic parts and food.