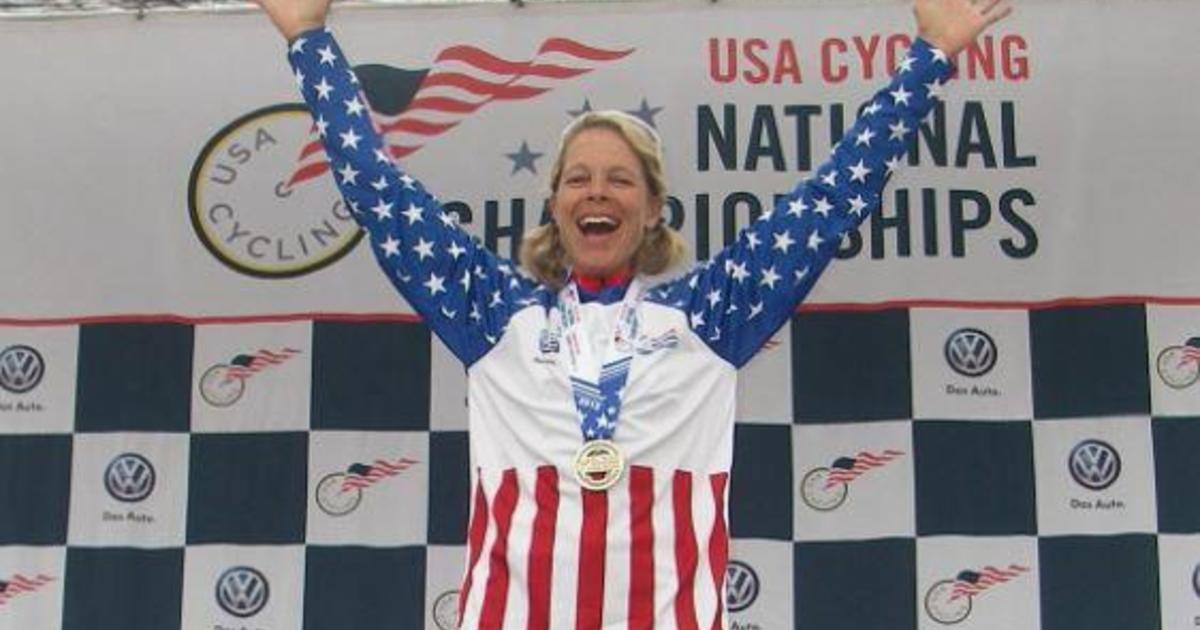 As authorities continue to search for a grizzly bear that pulled a woman from her tent and killed her in a small Montana town, more details are emerging about the victim.

Leah Davis Lokan, 65, of Chico, California, was camped near the post office and museum in Ovando when the bear fatally attacked her early Tuesday, officials said.

Lokan, who was traversing the scenic Great Divide Mountain Bike Route when she died, was an avid bicyclist. In 2015, she competed in the Mammoth National Championship Enduro and won the “Women’s Enduro 60+” category.

At the time, Hammer Nutrition wrote on Facebook that Lokan’s race was “a combination of intense climbs and a challenging pro downhill course throughout four stages.”

According to bio information posted on USA Cycling, Lokan also won first place in the “expert women” category of the 2013 Bidwell Bump, a mountain bike race in her hometown of Chico.

Lokan, a registered nurse who had worked at a hospital in Chico, “had a really good spirit,” said Mike Castaldo, president of the Chico Cycling Club.

“She always had a smile on her face. Always lit up when she saw you. Always gave you a big hug,” said Castaldo, who knew Lokan for about 15 years. “But I think most of her identity was, you know, outside on the bike, enjoying the outdoors was her thing.”

She participated in mountain bike races and was a road cyclist and experienced outdoorswoman.

“I think she was competitive, but that was secondary to the journey or the adventure she was on that particular day,” he said Thursday.

Lokan had been looking forward to the Montana bike trip for months, said Mary Flowers, another friend from Chico. Lokan had taken long-distance bike trips and on this one was accompanied by her sister and a friend, Flowers said.

“She was talking about her summer plans – this wonderful wild adventure, riding her bike on, I don’t know, a 400-mile trip or something,” Flowers said. “A woman in her 60s, and she’s doing this kind of stuff – she had a passion for life that was out of the ordinary.”

Another friend remembered Lokan as a free spirit with many friends.

“She always greeted you with a smile. She was one of those people that was always up for an adventure and always made you to feel like you were the center of her attention at all times,” said Leesa Stefano, who met Lokan when Stefano moved to Sandpoint, Idaho, in 2006 and got involved in a bicycling club to which Lokan belonged.

Stefano said Lokan was the type of person who would find a way to check in with everyone at some point to make sure friends knew they were still part of her life.

“We were all really excited for her, because we know what it meant,” Stefano said about the bike ride. “We couldn’t wait to hear the stories. It’s considered an epic ride.”

Lokan and two others were camping when a bear startled them at 3 a.m. Tuesday before wandering off, Montana wildlife officials said. The bicyclists removed food from their tents, stored it and went back to sleep, officials said.

About 4:15 a.m., the sheriff’s office received a 911 call after two people in a tent near the victim’s were awakened by sounds of the attack, Powell County Sheriff Gavin Roselles said. They discharged their bear spray, and the bear ran away.

Lokan was “well versed in what she was doing. She knew the dangers,” Castaldo said, suggesting she may have let her guard down while camping in a town, rather than along the trail.

“The fact that it was right in town – that’s pretty messed up,” Travis Thurmond, a local fishing shop owner, told the Missoulian.

Wildlife officials spent Thursday trying to find and kill the approximately 400-pound bear, but came up empty for a third straight day.

Montana’s grizzly and human populations have both risen substantially since 1975, when the bears were protected under the Endangered Species Act, “60 Minutes” correspondent Bill Whitaker reported last year.