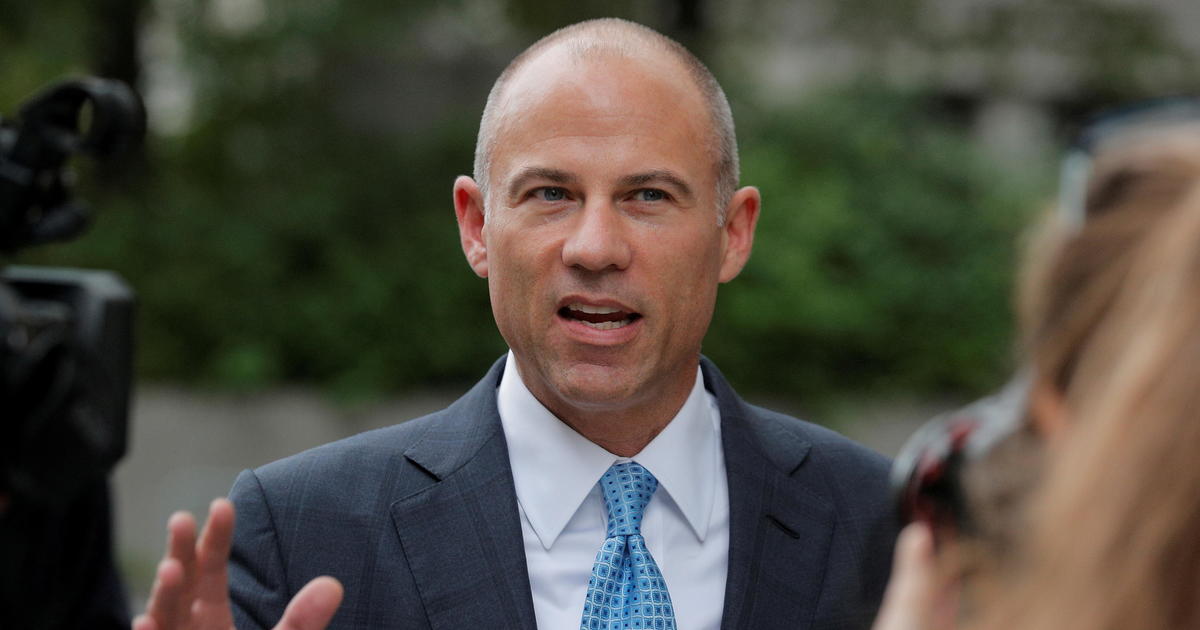 Michael Avenatti, the lawyer who became famous for representing adult film star Stormy Daniels and publicly sparring with then-President Donald Trump, was sentenced in New York Thursday to 30 months in prison for trying to extort millions of dollars from Nike.

Avenatti, 50, was convicted last year on charges that he tried to extort up to $25 million from the sportswear giant as he represented a Los Angeles youth basketball league organizer upset Nike had ended its league sponsorship.

“Mr. Avenatti’s conduct was outrageous. He hijacked his clients’ claims and he used those claims to further his own agenda which was to extort millions of dollars from Nike for himself,” U.S. District Judge Paul G. Gardephe said Thursday when handing down the sentence, according to the Washington Post’s Devlin Barrett.

Avenatti cried in as he spoke in a Manhattan courtroom before his punishment was announced.

“I and I alone have destroyed my career, my relationships, my life, and there is no doubt that I deserve to pay, have paid, and will pay a further price for what I have done,” Avenatti said, Barrett reported.

Prosecutors had asked for a “very substantial” sentence, citing the U.S. Probation Department’s recommendation of an eight-year prison term, while Avenatti’s lawyers had requested six months in prison and a year of home detention.

In written sentencing arguments, prosecutors said Avenatti tried to enrich himself by “weaponizing his public profile” to try to force Nike to submit to his demands.

In a victim impact statement, Nike’s lawyers said Avenatti falsely tried to link the company to a scandal in which bribes were paid to the families of NBA-bound college basketball players to steer them to powerhouse programs. An employee of Adidas, a Nike competitor, was convicted in that prosecution.

The lawyers said Avenatti threatened to do billions of dollars of damage to Nike and then falsely tweeted that criminal conduct at Nike reached the “highest levels.”

Avenatti’s former client, Gary Franklin Jr., said in a statement submitted by prosecutors that Avenatti’s action had “devastated me financially, professionally, and emotionally.”

Avenatti also faces a separate trial next year in Manhattan, where he is charged with cheating Stormy Daniels of hundreds of thousands of dollars.

Avenatti represented Daniels in 2018 in lawsuits against Mr. Trump, appearing often on cable news programs to disparage the Republican president as he explored running against Mr. Trump in 2020, boasting he’d “have no problem raising money.” Daniels said a decade-earlier tryst with Mr. Trump led her to be paid $130,000 by Mr. Trump’s personal lawyer in 2016 to stay silent. Mr. Trump denied the affair.

Talk of Avenatti’s political aspirations evaporated when prosecutors in California and New York charged him with fraud in 2019. According to the California criminal complaint, Avenatti lied about his income to obtain more than $4 million in loans from a Mississippi bank in 2014. The complaint alleges Avenatti gave The Peoples Bank bogus tax returns showing more than $14 million in earnings for the three preceding years. In fact, the complaint alleges, Avenatti never filed returns for those years, and owed the IRS $850,000 from prior years.

Charges alleging he cheated Daniels of proceeds from a book deal followed weeks later. Avenatti pleaded not guilty to all charges.

Daniels said she cut ties with Avenatti in 2019 “after discovering that he had dealt with me extremely dishonestly.”

The Associated Press contributed to this report.