With monitors now starting to release with HDMI 2.1 support, you might be tempted to investigate options for your new Xbox Series X|S. Microsoft is taking a lot of the guesswork out of the equation with its new “Designed for Xbox” program, bestowing a certification on displays that will play best with its new range of gaming consoles. All of these new displays are coming later this year but support all the important features of HDMI 2.1, including 4K, 120Hz, Variable Refresh Rate (VRR), low-latency modes, and varying degrees of HDR.

The first is a display from Phillips that Microsoft helped work on. The Philips Momentum 559M1RYV is a 55-inch display, making it more like a TV than a monitor for your office desk. What the size offers is a stunning VA panel with a 4K resolution, as well as VESA DisplayHDR1000 (one of the highest certifications for HDR on monitors.) It supports all the good stuff from HDMI 2.1, including AMD’s FreeSync Premium Pro and a dedicated Xbox picture mode that tunes color, latency, and more. Even better is the included soundbar that sits at the bottom, provided by audio professionals Bowers & Wilkins.

The Philips Momentum 559M1RYV is the most expensive of the three monitors that join the Xbox program today, but also the most feature-rich. It’s coming later this summer and will retail for $1,600. 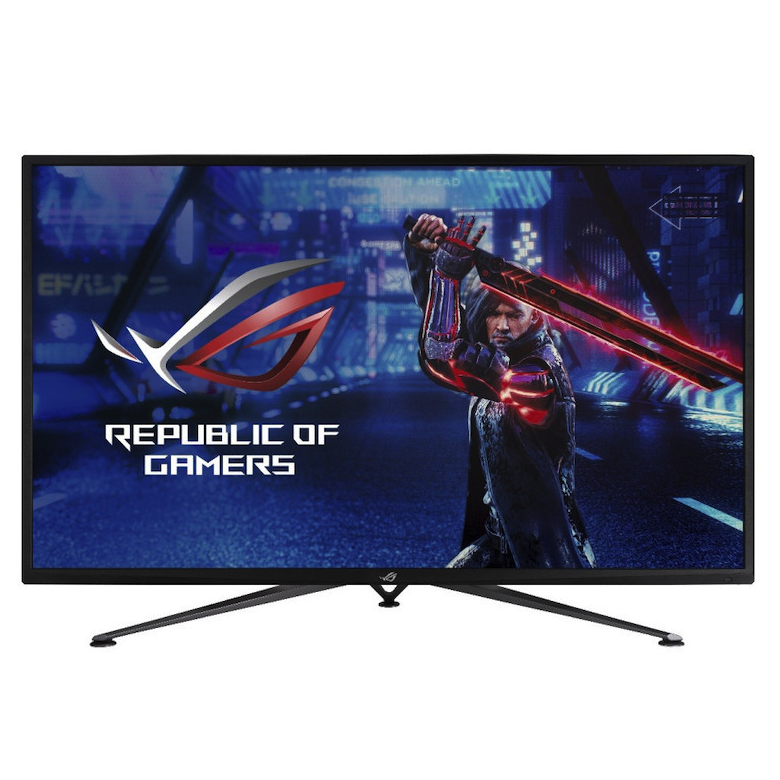 The Asus Strix XG43UQ Xbox Edition Gaming Monitor is a mouthful, but it’s also a great option if the Phillips is just too big. This 43-inch monitor is still large enough that you should really make sure you have enough space, but it doesn’t skimp on any of the top-tier features. With HDMI 2.1 you’re still getting 4K, 144Hz, AMD FreeSync Premium Pro, and HDR (again in the form of VESA DisplayHDR1000.) Like the Phillips there’s also a dedicated Xbox picture mode, which sets you up with the best settings for your connected console.

You’re committing to Asus’ Strix aesthetic, but the swap to a white back makes the design pop in a new way. The Asus Strix XG43UQ will launch in October and retail for $1,400.

The smallest monitor in the range comes courtesy of Acer and is a much more familiar 28-inch display. The Acer Nitro XV2 does cram a 4K panel into that chassis, with HDMI 2.1 connections for the Xbox Series X|S. That means AMD’s FreeSync Premium Pro and a 144Hz refresh rate, but you will have to compromise slightly on HDR (it’s limited to VESA DisplayHDR400.)

Outside of just being a good choice for console gaming, the Nitro XV2 comes with a built-in KVM switch which will make switching between multiple inputs easily without having to change your inputs (your keyboard and mouse can be connected directly to your monitor.) That does increase the price, but for $950 it’s a good option to look out for later this fall.

If you need a monitor right now, you can capitalize on Amazon Prime Day and pick up one of many deeply discounted gaming monitors over the next few hours. Also check out our guide to the best gaming monitors for both Xbox Series X|S and PS5 that you can purchase today.