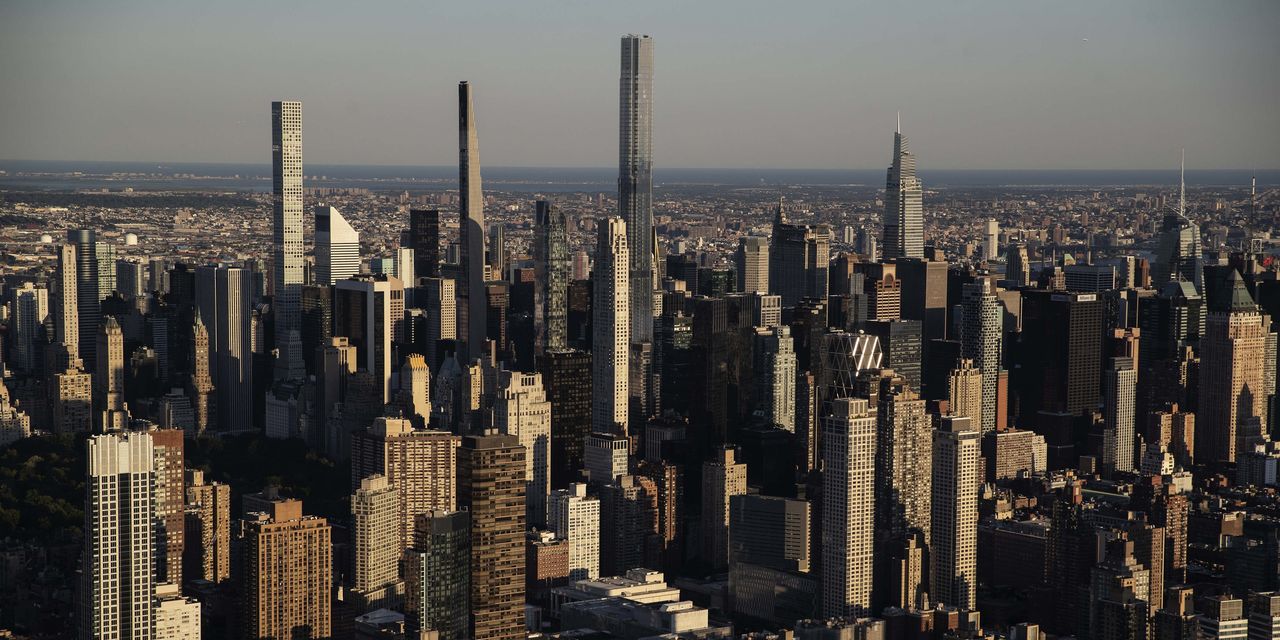 and the New York City Council agreed Wednesday on a $98.7 billion budget for the coming fiscal year that relies heavily on federal stimulus dollars to boost the city’s recovery from the Covid-19 pandemic, including making investments in education and economic growth.

The new budget, which kicks in Thursday, is backed by more than $14 billion in federal aid, and is $100 million higher than a preliminary spending plan Mr. de Blasio unveiled in April. It is also roughly $10.5 billion, or 12% percent, higher than the city’s fiscal 2021 budget. In that budget, nearly $1 billion in funding was shifted from the New York Police Department to youth and social services following mounting calls to defund the NYPD, and the city dramatically cut spending at other agencies as it dealt with an economic crisis brought on by the pandemic.

“This is a recovery budget that will allow this city to come back strong,” said Mr. de Blasio, shortly before shaking hands with and hugging Council Speaker

a fellow Democrat, during a City Hall press conference announcing the budget agreement.

The council later on Wednesday voted 39-6 to approve the budget when the body reconvened in-person for the first time in 16 months after holding meetings remotely during the pandemic.

“This budget will help rebuild our city,” said Mr. Johnson.

The new budget, the term-limited mayor’s eighth and final one, offers a strong reversal of fortunes for the city compared with the dreary fiscal outlook it faced only a year earlier.

It restores many of the cuts made last year to city parks, libraries, cultural institutions and sanitation services. It also adds $500 million to the city’s new “rainy day fund,” bringing its total to $1 billion. Since June, the city has added $2.8 billion to its budget reserves, which it dipped into during the height of the pandemic last year to prevent layoffs and avoid cuts to critical programs. With the new allocations, the city’s budget reserves will now total $5.1 billion.

Despite a surge in violent crime, city officials said they wouldn’t use the stimulus funding to hire additional officers, but planned to reassign 200 officers on desk jobs into the field.

“We took the stimulus funds [and] focused them on ways to create growth again in our economy, to move us forward, to create jobs, to bring this city back, and in the process create a lot more city revenue that will sustain our future,” Mr. de Blasio said.

Some of the council members who voted against the budget said they did so because they didn’t believe the NYPD should receive any additional funding. Others said overall spending was just too high for them to support.

“Last year, I voted against the budget because it did not go far enough in re-envisioning public safety, and I will do so today for the same reason,” said Councilman

Notes on the News

Today’s headlines, news in context, and good reads you may have missed, with Tyler Blint-Welsh.

The budget increases funding for violence-reduction initiatives and programs aimed at helping ex-convicts get their lives back on track, including $57 million to support re-entry housing with healthcare and $6.6 million to expand the city’s “Jail to Jobs” program, which provides formerly incarcerated people with transitional employment.

The budget also makes investments in city public schools, including $607 million so all schools get 100% of their “Fair Student Funding,” a formula the city uses to calculate how much money schools should receive for their individual budgets based on total students and their needs. Most schools don’t get their full amount.

The budget also provides $22 million to expand special-education prekindergarten, $18 million to help reduce class sizes and $81.1 million to hire 650 social workers and ensure each school has access to a mental-health professional.

Other budget highlights include supporting a $1 billion investment the city plans to make over the next decade in its blossoming life-sciences sector. The new city program, “LifeSci NYC,” is expected to create 40,000 jobs.

—Katie Honan contributed to this article.