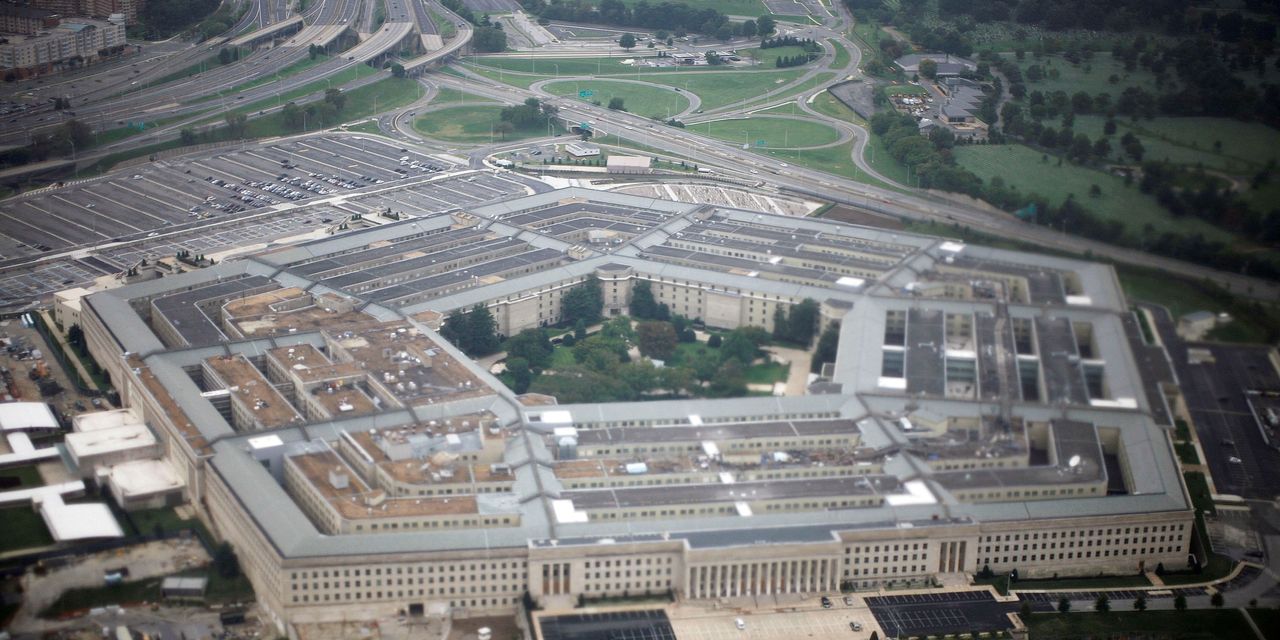 in favor of planning to hire multiple vendors for the job is in line with the IT strategy at many big corporations and government agencies.

Many large companies rely on various cloud providers for technology infrastructure services, in part so they can pick and choose services from various companies and avoid being locked in to one vendor. About three-quarters of 850 respondents at midsize and large enterprises world-wide said in a survey last year that they use multiple cloud providers, according to a report by technology research firm

“If you are trying to make something work because you’re tied to a specific vendor or infrastructure, you are solving the wrong problems,” said Thomas Donnelly, chief information officer of software company BetterCloud Inc.

The New York-based company—which manages and secures its customers’ internet-based applications, such as Dropbox and Salesforce—primarily uses Google Cloud for its IT infrastructure, with some services from Amazon Web Services. IT leaders often build ecosystems that allow them to use new technologies regardless of the vendor, said Mr. Donnelly, who has managed multicloud deployments in previous roles. “As technology continues to accelerate, [multicloud] is really the only way to stay ahead of the curve,” he said.

The Pentagon’s scuttled cloud contract, dubbed Joint Enterprise Defense Infrastructure or JEDI, was designed to provide the military with access to services that better keep up with the pace of technology. The contract was awarded to Microsoft in 2019 over

which contested the move in court.

Pentagon officials said the new project, Joint Warfighter Cloud Capability, will be open to Microsoft and Amazon. Other qualified bidders could include

Advances in cloud computing have made JEDI obsolete, according to a Pentagon official.

“The evolving landscape is what has driven our thinking,” said John Sherman, the Pentagon’s acting chief information officer. “JEDI was the right approach at the time,” he added, but with changing circumstances “we’re in a different place.”

Federal agencies are increasingly relying on the cloud, and it has become commonplace for them to use multiple cloud vendors for IT services, said Adelaide O’Brien, research director at research firm International Data Corp.’s Government Insights division.

Many government agencies use their own private data centers to store and compute data, along with public cloud services from Amazon Web Services, IBM, Oracle and others, according to IDC surveys. Public cloud vendors offer remote data storage and processing services for enterprise customers.

Mike Kelly, CIO of software company Red Hat Inc., a subsidiary of IBM, said the No. 1 benefit for organizations that adopt multicloud strategies is they avoid the risks of being tied to one cloud provider that might change pricing models or fall behind competitors in some cloud-based services.

“This means that you can take advantage of multiple cloud services, and leverage the innovation, options, and pricing outside of the umbrella of a single vendor,” Mr. Kelly said.

The downside, he added, is getting tech vendors to “play nicely together and with your on-premise technologies,” commonly known as interoperability challenges. That requires having a platform or process in place to integrate various cloud services into a usable format, he added. “This lets you maintain one workstream for the bulk of your cloud computing projects, rather than having to silo teams for Azure, AWS or Google Cloud Platform,” he said, referring to cloud services offered by Microsoft, Amazon and Google, respectively.

“Multicloud is in many ways inevitable,” Mr. Smith said. Organizations want to use what they perceive as the best-in-class capabilities from any cloud service provider, including those related to cloud storage, data analytics or artificial intelligence, Mr. Smith said. Some companies store data in multiple clouds to ensure that they have a backup in the event of an outage at a cloud service provider, he said.

Companies that continue to run most of their IT systems in a single cloud are likely seeking bulk-service discounts or trying to minimize added costs of interoperability, such as training employees on different cloud platforms, said Bill Martorelli, principal analyst at information-technology research firm

“Some companies are also trying to play the various public cloud companies off of one another for pricing concessions,” Mr. Martorelli said.

But for the most part, he said, businesses are drawn to different cloud providers for different capabilities, such as Google’s cloud for analytics and AI, but AWS for its widespread acceptance by developers. “In my experience, most large enterprises and governments are tilting multicloud,” he said.

Write to Sara Castellanos at sara.castellanos@wsj.com and Angus Loten at angus.loten@wsj.com