Home » Sleeping badly? It could be the song that is stuck in your head

Sleeping badly? It could be the song that is stuck in your head

Listening to music before bedtime is a technique used by many to aid a good night’s sleep — but it now appears that winding down with music could actually be the last thing you should be doing before going to bed.

The problem is it increases your chances of experiencing an ear worm — a song that gets stuck in your head — according to research published in the journal Psychological Science.

And if this happens regularly (one or more times a week), you’re six times more likely to have poor quality sleep, with more night-time waking, causing drowsiness the next day.

These findings cast doubt on the widely-held view that music is beneficial for a good night’s sleep.

Indeed, many of the study participants — 87 per cent — thought this, but the research showed that in fact ‘those who listened to more music slept worse’. 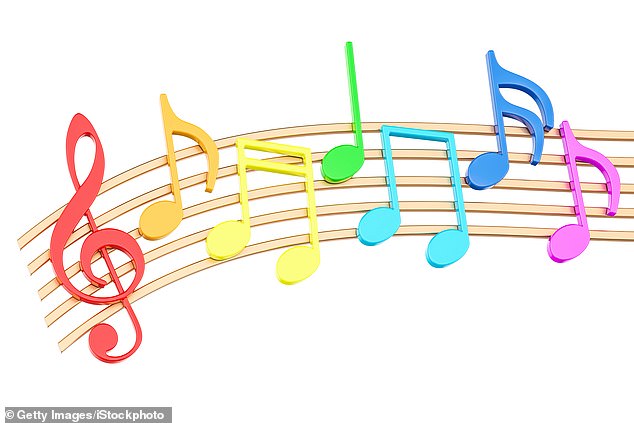 Ear worms, which almost all of us experience, tend to be catchy, rhythmic tunes because these are easier to remember.

Common ones include We Will Rock You by Queen and Happy by Pharrell Williams, according to research in 2016 carried out by the University of St Andrews.

Ear worms — medically known as involuntary musical imagery — are harmless, although having a song playing on a permanent loop in your head can be irritating.

The cause is a bit of a mystery but previous research has suggested that listening to music, stress and memories play a part.

‘Whether you are actually listening to music or imagining the same music [an ear worm] almost the same activity is happening in the brain,’ explains Dr Amir-Homayoun Javadi, a senior lecturer in cognitive neuroscience at the University of Kent.

‘In both cases there is increased activity in the primary auditory cortex, the area that normally processes sounds. However, with an ear worm, there is no sound — it’s just happening in your head.’

What hasn’t been investigated until now is whether ear worms also occur at night.

Dr Michael Scullin, a sleep researcher at Baylor University in the U.S., decided to investigate this after waking at night with a song buzzing in his head.

In the first of a two-part study, 199 adults were asked about their music listening before bed, ear worm frequency and sleep quality.

Results showed that 77 per cent experienced ear worms at least once a week during the day, and a third at night when they were perceived as ‘more irritating’.

The longer the participants listened to music before bed, the more likely they were to ‘catch’ an ear worm at night, which was associated with a six-fold increase in sleep disturbances.

In the second part of the study, 50 adults were played three songs before bed in a sleep lab — Taylor Swift’s Shake It Off, Carly Rae Jepsen’s Call Me Maybe and Don’t Stop Believin’ by Journey — to try to trigger an ear worm.

Half were played the original version with lyrics, the rest the instrumental version.

The instrumental music led to twice as many ear worms, possibly because when there are no lyrics ‘the brain works harder to add the lyrics in’, says Dr Javadi.

A quarter of participants woke up from sleep with an ear worm, even though they’d not listened to music for hours. So why might an ear worm affect sleep?

It’s known that ear worms are more likely when we’re in a ‘low attentional state’ — i.e. not concentrating on a particular task — so the tune is able to drift into your head, making bedtime an obvious time for an ear worm to kick in.

‘When you’re awake, you receive lots of information from your surroundings, are actively thinking and engaged with different activites, all of which can distract the brain and stop an ear worm developing,’ Dr Javadi says.

‘However, at night, when you are more relaxed, the brain is free running; there’s no external or internal mechanism to stop it, allowing ear worms to take hold and eventually wake you up.’

Furthermore, scientists believe the brain subconsciously replays these songs for hours after hearing them as part of the process to lay down memories, so listening to music during the day could also trigger ear worms at night.

‘We replay information, experiences and memories in our brain constantly to consolidate them into a more long-term form,’ Dr Javadi told Good Health.

‘This is happening all the time, but especially during sleep.

‘Because we have a personal and emotional response to music, music engages more of the brain than other experiences, leading to songs being played in our head over and over again.’

To prevent ear worms at night, Dr Scullin suggests ten minutes focusing on a task before bed, such as writing a diary, to distract the brain.

If you do listen to music before bed, choose something calm and unfamiliar, Dr Javadi adds.