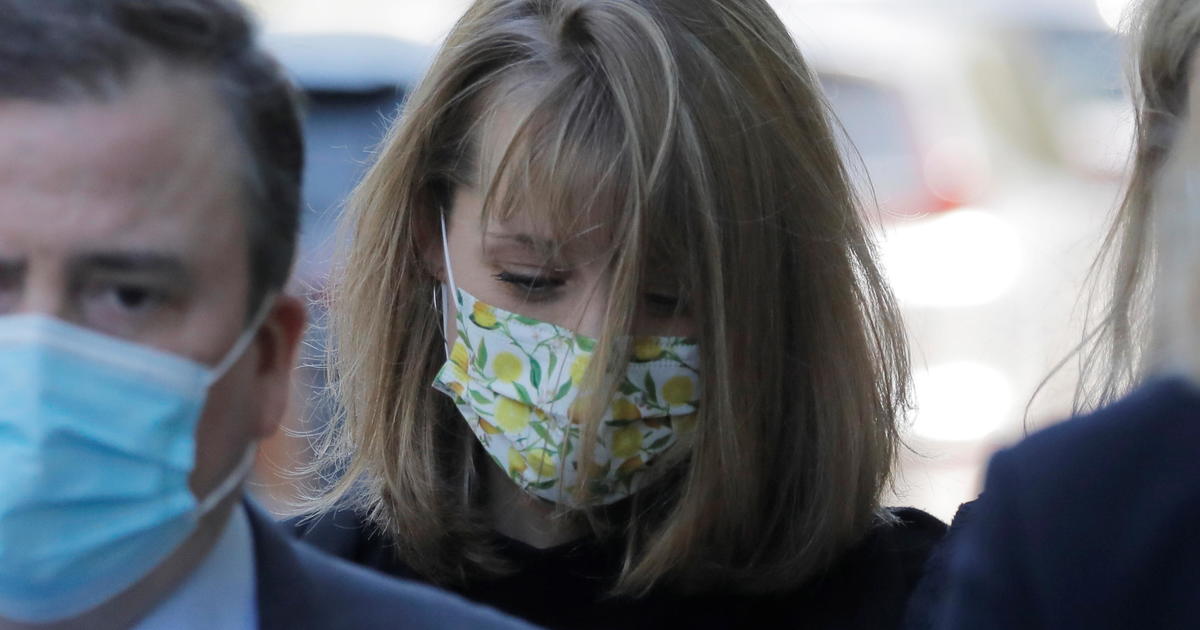 Allison Mack has been sentenced to three years in prison and fined $20,000 for her role in the alleged sex cult NXIVM, the U.S. Attorney’s Office for the Eastern District of New York said Wednesday.

Mack pleaded guilty in 2019 on charges she manipulated women into becoming sex slaves for Keith Raniere, the group’s leader.

The actor will also have to do 1,000 hours of community service as part of her sentence, CBS New York’s Alice Gainer reported.

Prosecutors had asked the judge for a sentence shorter than the range in sentencing guidelines.

Raniere, 60, was convicted in 2019 on seven charges, including sex trafficking, racketeering, and forced labor conspiracy, and was sentenced last October to 120 years in prison.

The Albany, New York-based group founded in 1998 purported to offer self-help and personal development courses and quickly expanded across the country and internationally, but faced allegations it was a multi-level marketing scheme that allowed Raniere to traffic and abuse women. Prosecutors say Raniere had sex with a 15-year-old when he was 45 and took nude photos of the underage victim, and kept another victim confined to a room for nearly two years.

Mack, 39, pleaded guilty in 2019 to racketeering and racketeering conspiracy charges related to her role in NXIVM, which included recruiting women to a secretive smaller group known as DOS or “The Vow.” As a “master” in the group, billed as focused on women’s empowerment and mentorship, Mack supervised several “slaves” and was only second to Raniere, the only man in the group.

According to court filings, DOS members were branded with Raniere’s initials and were required to be filmed naked during the branding. Prosecutors also alleged members were coerced “to perform labor, take nude photographs and in some cases, to engage in sex acts with Raniere.”

Mack, who was arrested in 2018, cooperated with prosecutors, who said she “provided substantial assistance to the government in the prosecution of certain of her co-defendants” in a sentencing memo filed last week.

Prosecutors also said “it is highly likely that the fact of her public guilty plea was a factor in other defendants’ decisions to plead guilty.”

Clare Bronfman, an heir to the Seagram fortune who donated a significant amount to the group, and Kathy Russell, the organization’s accountant, also pleaded guilty in 2019 to charges stemming from their involvement in NXIVM.

Mack’s lawyers argued in their sentencing memo that she “has turned her life around and earnestly dedicated herself to rehabilitation, renunciation of Keith Raniere and those who supported him, and making amends. She is now well on her way to once again being a productive member of society.” They pointed to what they described as her “repeated, lengthy” sessions with prosecutors building a case against Raniere and noted she provided them with emails, documents and recordings. She has since earned an associate degree and is pursuing her bachelor’s.

Mack said she has experienced “overwhelming shame” and called her time in NXIVM “the biggest mistake and greatest regret of my life.”

“I am sorry to those of you that I brought into Nxivm. I am sorry I ever exposed you to the nefarious and emotionally abusive schemes of a twisted man. I am sorry that I encouraged you to use your resources to participate in something that was ultimately so ugly,” Mack wrote in a letter to her victims submitted to the court.

Mack is best known for her role as a young Superman’s close friend on the series “Smallville,” which ran from 2001 to 20011.