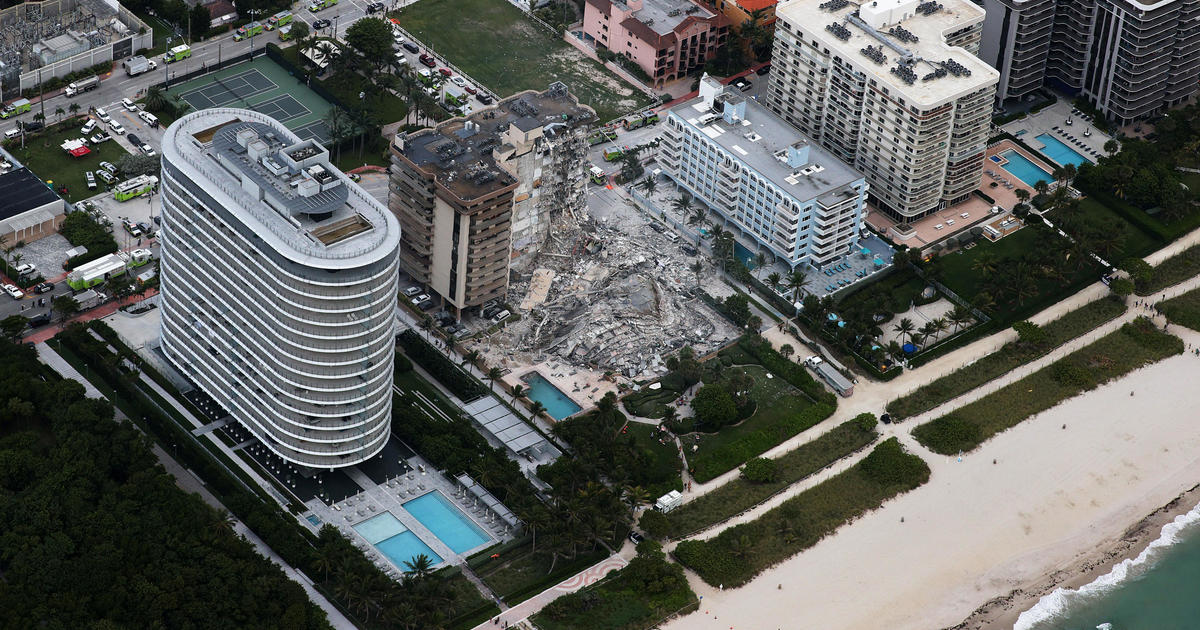 As rescuers search for more than 150 people who are still unaccounted for after the deadly collapse of a condominium building in Surfside, Florida, questions are mounting about who knew about the building’s state. As of Monday evening, at least 11 people were confirmed dead.

The report did not indicate if any of those issues could lead to a collapse.

A month after that survey was presented to residents, a city building official told the condo board that the building is “in very good shape.” The official, Ross Prieto, has since denied seeing the report.

When a representative of the building’s condo board emailed Prieto in 2019 about concerns related to the structure of the building and nearby construction, Prieto responded, “there is nothing for me to check.”


“The best course of action is to have someone monitor the fence, pool and adjacent areas for damage or hire a consultant to monitor these areas as they are the closest to the construction,” he wrote, according to emails obtained by CBS News.

Prieto did not respond to CBS News’ requests for comment. He resigned as Surfside’s building official last November.

Former maintenance manager William Espinosa said the building was often flooded by saltwater and he would see it coming up through the foundation. “It was so much water, all the time, that the pumps never could keep up with it,” he told CBS Miami’s Jim Defede.

Some residents have said they noticed issues with the building before it collapsed in the middle of the night last week. But Steve Rosenthal, who survived the collapse, said he is just now learning of the structural issues.

“To me, that’s negligence on the part of whoever, you know, was supposed to take care of that stuff, the maintenance people, the board, whoever the board was,” he said.

President Biden believes there should be an investigation into the collapse, White House press secretary Jen Psaki told reporters Monday. She said a number of federal resources, including the FBI and the Federal Emergency Management Agency, have been deployed to Surfside.