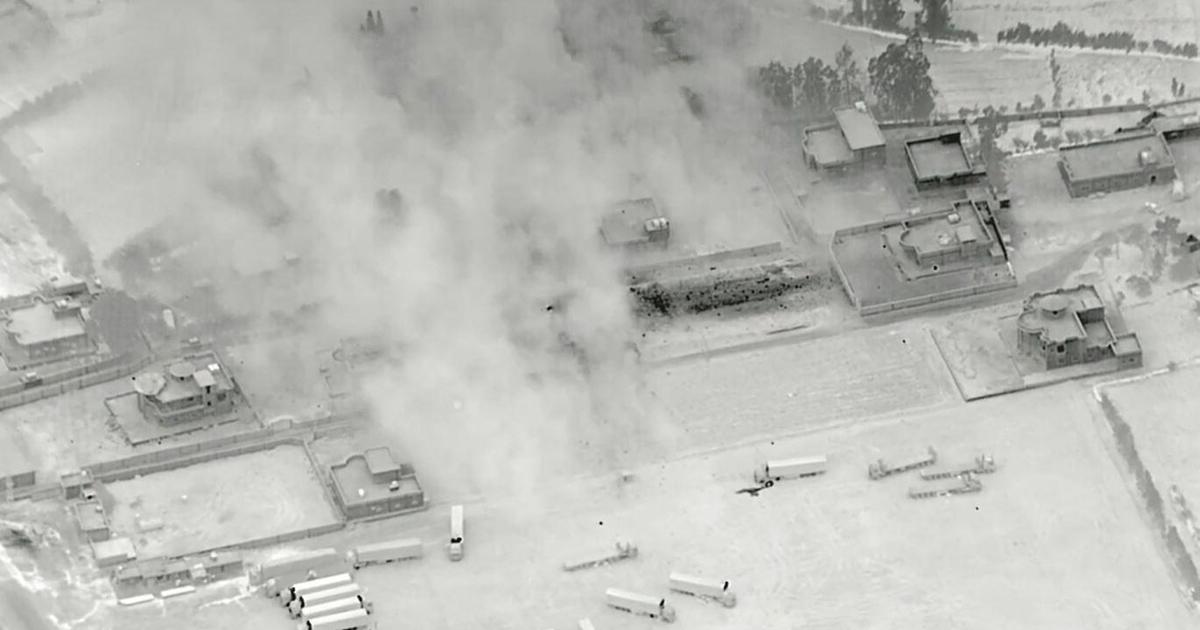 The U.S. military on Sunday conducted airstrikes on facilities used by Iran-backed militia groups in the Iraq-Syria border region, drawing vows of retaliation from the militants and protests of a “blatant and unacceptable violation of Iraqi sovereignty” from the country’s military. The targets were facilities Iran-backed militias have used in unmanned aerial vehicle or drone attacks against U.S. personnel and facilities in Iraq, according to a statement from Pentagon spokesperson John Kirby.

“Given the ongoing series of attacks by Iran-backed groups targeting U.S. interests in Iraq, the President directed further military action to disrupt and deter such attacks,” Kirby said in the statement, which identified the militant groups Kata’ib Hezbollah and Kata’ib Sayyid al-Shuhada as among those which had used the targeted facilities.

According to Kirby’s statement, the U.S. strikes targeted operational and weapons storage facilities at two locations in Syria and one location in Iraq. Video released by the Pentagon, taken from aboard the aircraft used in the strikes, showed the attacks on multiple buildings.

A defense official told CBS News that all the targets — command and control and logistics for drones —  were hit. There were no indications of civilian casualties, the U.S. military said.

The U.K.-based monitoring group Syrian Observatory for Human Rights, which relies on a network of sources on the ground in the region, said at least seven members of an Iran-backed militant group were killed in the strike in Iraqi territory.

A U.S. official said the locations that were hit included the site from which the drones took off, recovered and were controlled. The official also said there have been “at least five” drone attacks by Iranian-backed militias against bases in Iraq where U.S. troops, contractors or other personnel are located.

Iran: Crisis In The Middle East


This is the second strike against Iranian backed militias during the Biden administration. In February, two F-15 Eagles dropped seven 500-pound bombs, completely destroying nine buildings and damaging two. That was  retaliation for a strike that killed an American contractor.

No Americans have been killed since then, although one American died of a heart attack during a rocket attack.

A second defense official said no Americans have been killed by drone strikes in Iraq, but the Iranian-backed militias were “using them in an increasingly aggressive way.” One drone strike hit a hangar used by the CIA in Erbil.

“We assess each strike hit the intended targets, and we are currently assessing the effects of the operation,” Pentagon spokesperson Commander Jessica McNulty said in a statement, calling the strikes a “necessary, appropriate, and deliberate action designed to limit the risk of escalation.”

Iraq’s Ministry of Defense, however, condemned the strikes as “a blatant and unacceptable violation of Iraqi sovereignty and Iraqi national security in accordance with international conventions.”

General Yehia Rasool, spokesman for the General Commander of the Iraqi Armed Forces, issued the reaction in a series of tweets, adding that his country refused “to be an arena for settling accounts,” an allusion to the long-standing tension between Iran and the U.S.

Rasool said Iraq’s military would “carry out the necessary investigations, procedures and contacts at the various levels to prevent such violations in the future.”

The Iranian-backed militias, meanwhile, vowed to strike back.

“We said before that we will not remain silent over the continued presence of American occupation forces in Iraq, which goes against the constitution, the Parliament’s vote, and the will of the Iraqi people,” the Coordinating Committee of the Iraqi Resistance, an umbrella group of Iraqi Shiite militias, said in a statement confirming that the groups had sustained casualties..

“We in the Coordination Committee of the Iraqi Resistance will avenge the blood of our righteous martyrs from the perpetrators of this heinous crime,” the group said. “With God’s help, we will make the enemy taste the bitterness of revenge. And if the enemy repeats its aggression, it will see what will not please them.”