By Yvonne Swann For The Daily Mail

Can you run up the stairs?

Yes. My favourite exercise is walking, even if it’s only for half-an-hour, either at home in Cornwall or where we film Call The Midwife in Surrey.

I also love swimming and, first thing every day, I lie on my back and do a cycling movement with my legs 100 times. It’s simple but wakes me up nicely.

Get your five a day?

Yes, I lived in Los Angeles for 17 years [returning to the UK in 1989], and got into the Californian habit of eating a lot of salads. I only eat meat occasionally.

I have never dieted. I’m 5 ft 6 in and weigh around 9 st 5 lb. As soon as my clothes feel tight, I cut down on cheese and puddings.

How has the pandemic affected you? 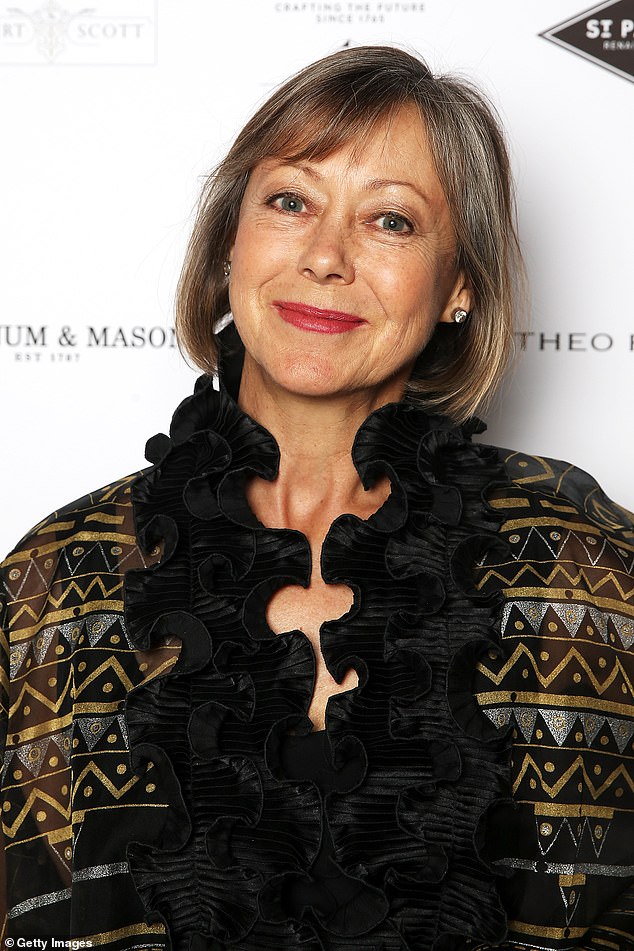 Like most people, I feel an anxiety I’ve never felt before — lacking control and unable to make plans.

Puddings! I like all the old classics, such as queen of puddings and bread and butter pudding.

My family is affected by cystic fibrosis (CF) [which causes sticky mucus to build up in the lungs and digestive system].

I am a carrier of a single ‘faulty’ gene, if my husband also had it our son would have had a one-in-four chance of it.

My brother and his wife were carriers, so their daughter Rachel has CF.

When she was born, only half the babies with CF survived infancy, but the life expectancy has improved.

Last year, Rachel [now 43] started a new drug called Kaftrio, which helps thin the mucus. It has made an enormous difference.

Shingles last year — it attacked the nerves in my neck, so I had a rash and pain in one side of my head and one eye. I also had photophobia [intolerance to light] for a month.

When I lived in the U.S. I was influenced by the drive towards health foods and vitamins, but the information became so confusing that I reverted to believing that a balanced diet is best.

Now I just take vitamins D, C, and zinc, for the immune system.

Ever have plastic surgery?

I am too squeamish and have met too many people who look OK at first, and then keep going back for more.

The first time I had a hangover I was so sick it put me off drinking to that point again. If I drink nowadays, I always have a lot of water, too.

As you get older you are aware of death being part of living. I can’t imagine a life never ending. Life is more precious because it is finite.

Jenny is filming The Railway Children Returns, playing a cameo as Roberta, now a grandmother.